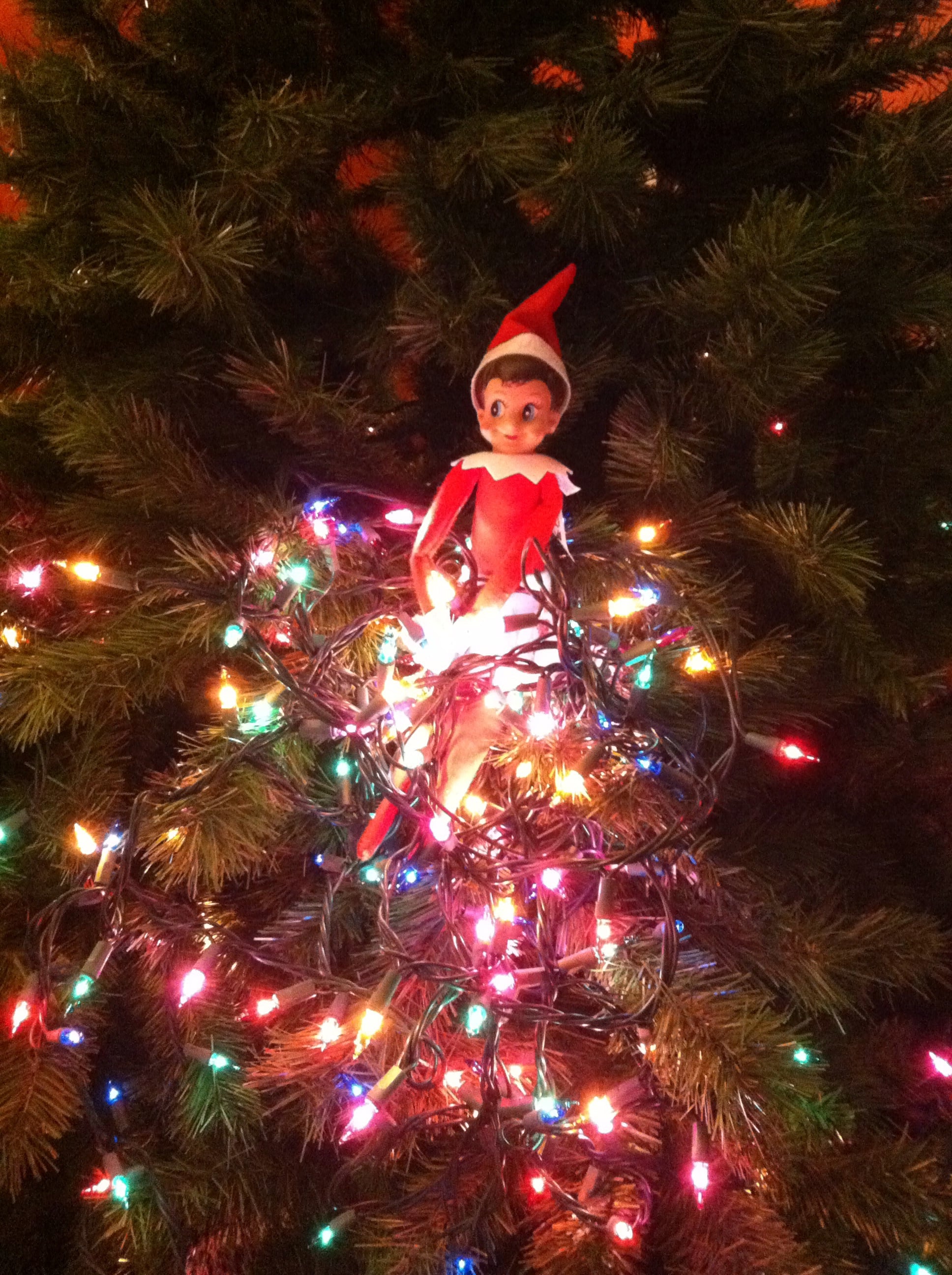 I never thought I would dread the return of my family's Elf on the Shelf. Since she arrived four years ago, "Mary Christmas," named by my now 7-year-old daughter, has always brought joy to my heart — mostly because she offers a new and much more effective threat for my often-misbehaving children.

For the rest of the year, I'll warn them that they'll lose their iPads or a play date if they continue to act like animals, and it barely seems to register before they go back to hitting each other or ignoring whatever task I'm imploring them to complete. But a mere "Mary's watching" and my little monsters straighten right up in impressive and speedy fashion. My connection to Santa, they obviously believe, is tenuous at best; she has a direct freaking line.

Related:
Your Whole Family Will Love These Matching Elf on the Shelf Pajamas

Four years in, I'm just super sick of moving that elf every damn night for a freaking month.

But this year, I'm less excited about the arrival of my former favorite holiday behavior-manipulation tool. In fact I'm feeling quite distressed about it, and I'm trying to figure out why. Is it because I'm sensing that my daughter's belief in Santa is wavering? And, let's face it: If she's questioning him, how is she not wondering if a plastic-and-plush toy is also a parent-driven hoax? Is it because of the very real threat that our 5-month-old puppy poses to an elf that very closely resembles a chew toy? Is it because I'm questioning whether our elf is more psychologically scarring than just a bit of holiday fun?

The truth is none of those things. Actually, four years in, I'm just super sick of moving that elf every damn night for a freaking month. It's not even that I get super clever with my elf placement. The one and only time I set up a creative elf scene — she'd gotten into some Trader Joe's Candy Cane Joe-Joe's and made a real mess – my daughter had a 7 a.m. meltdown because she was jealous that Mary the elf got to eat cookies for breakfast and she didn't. Instead, I stick to the basic spots. She moves from our tree to some garland to each and every light fixture and in a glass cabinet or two. Yet, even that takes work, especially of the mental variety, and isn't December stressful enough on a parent?!

Related:
13 Elf on the Shelf Party Supplies That Look Like They Came Straight From the North Pole

God forbid that I should forget to move the elf and destroy my children's belief in her magic and therefore, in Santa's, and oh sh*t, I've ruined Christmas for them for life. It's all too much pressure on a parent who's also spending December searching eBay for a 10-year-old toy my son found on YouTube Kids, and wrapping that monstrosity; trying to convince my daughter that Santa doesn't get a discount on those $350 American Girl Airstream trailers, spaceships, and beauty parlors; attending every holiday school program and adults-only party (because we need alcohol to make it through to the new year, obviously); and trying to pack for a holiday getaway that apparently requires at least eight suitcases, one of which I'll have to subversively stuff our elf into because my kids are sure she doesn't return to the North Pole until Christmas Eve.

I'm tired just thinking about it. So yeah, I'm not looking forward to kicking off the Christmas madness by bringing out our Elf on the Shelf, although I know it's unavoidable. "When does our elf come back?" my sweet 4-year-old son asked me this morning. "Oh, usually after Thanksgiving," I told him, trying to keep the look of dread off my face. "I can't wait to see her again," he innocently replied, thawing my elf-hating heart. I guess my plan to replace her with the more mom-friendly Shiraz on the Shelf will have to wait a few more years. Until then, there will be Sauvignon Blanc in my fridge and a pesky elf sitting on top of it.