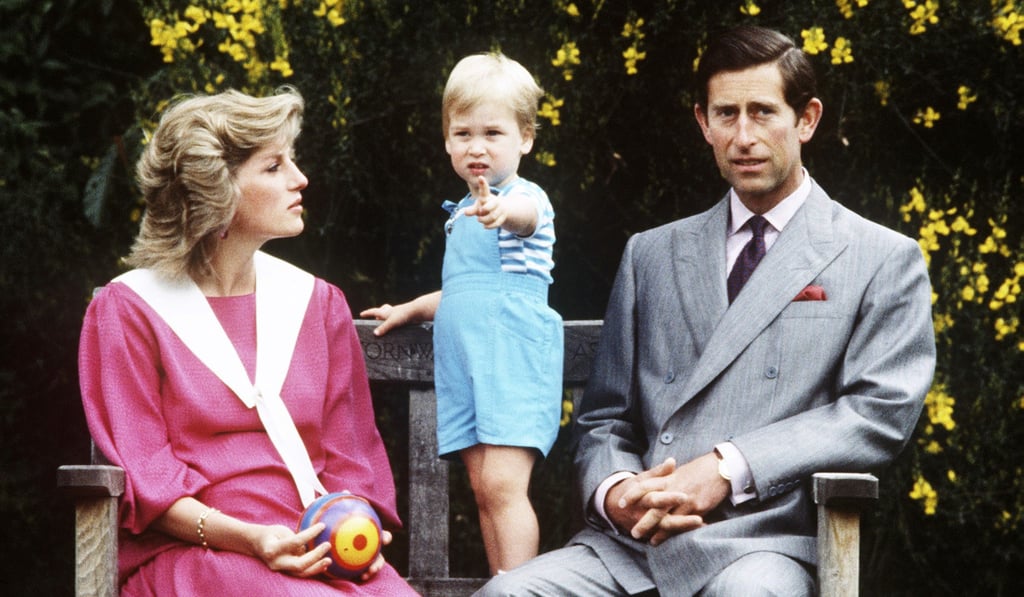 Most parents understand the struggle that is getting young kids to take a decent picture (holiday cards, anyone?). Just getting them to look at the camera is a feat in itself — forget about coaxing an actual smile out of them. And what's with those strange facial expressions that show up only when a camera appears? Or the immediate need to put their hands in their mouth when they're asked to pose? Any parent who's been through this more than once has a few tricks up their sleeve to ensure optimal photo taking. You know, the dangling toys, silly faces, and discreet tickles.

And just imagine if the stakes on your holiday card were so so, so, so much higher. Like, everyone in the world will see the photo. And then imagine that you take pictures like these multiple times each year — during overseas tours, to commemorate birthdays, at special events, and yes, for the annual holiday card. Then you'd most certainly have some method to making your little ones behave (and look cute) in all those snaps, and you'd be an absolute pro at it. Princess Diana certainly was.

It would appear the late royal used the old toy trick to keep her boys entertained in front of a lens, but you might not know it from the actual photos. In one session of her and Prince Charles with 2-year-old Prince William at Kensington Palace, the photos show the trio happily looking into the camera. Though it's possible you didn't notice that Princess Diana is holding a brightly colored ball in her lap, and at one point, slightly hidden to the side of her body.

In another, she and Prince Charles are casually posing on a blanket with an even younger Prince William while visiting New Zealand. This time, most of the snaps show the same sweet family moments, but a few others reveal the wooden toy that both Diana and Charles kept close by to amuse the young prince. Genius, really. And yet another example of Princess Diana's impressive abilities as a parent. One that must have been passed onto William based on his own family's adorable holiday cards over the years.