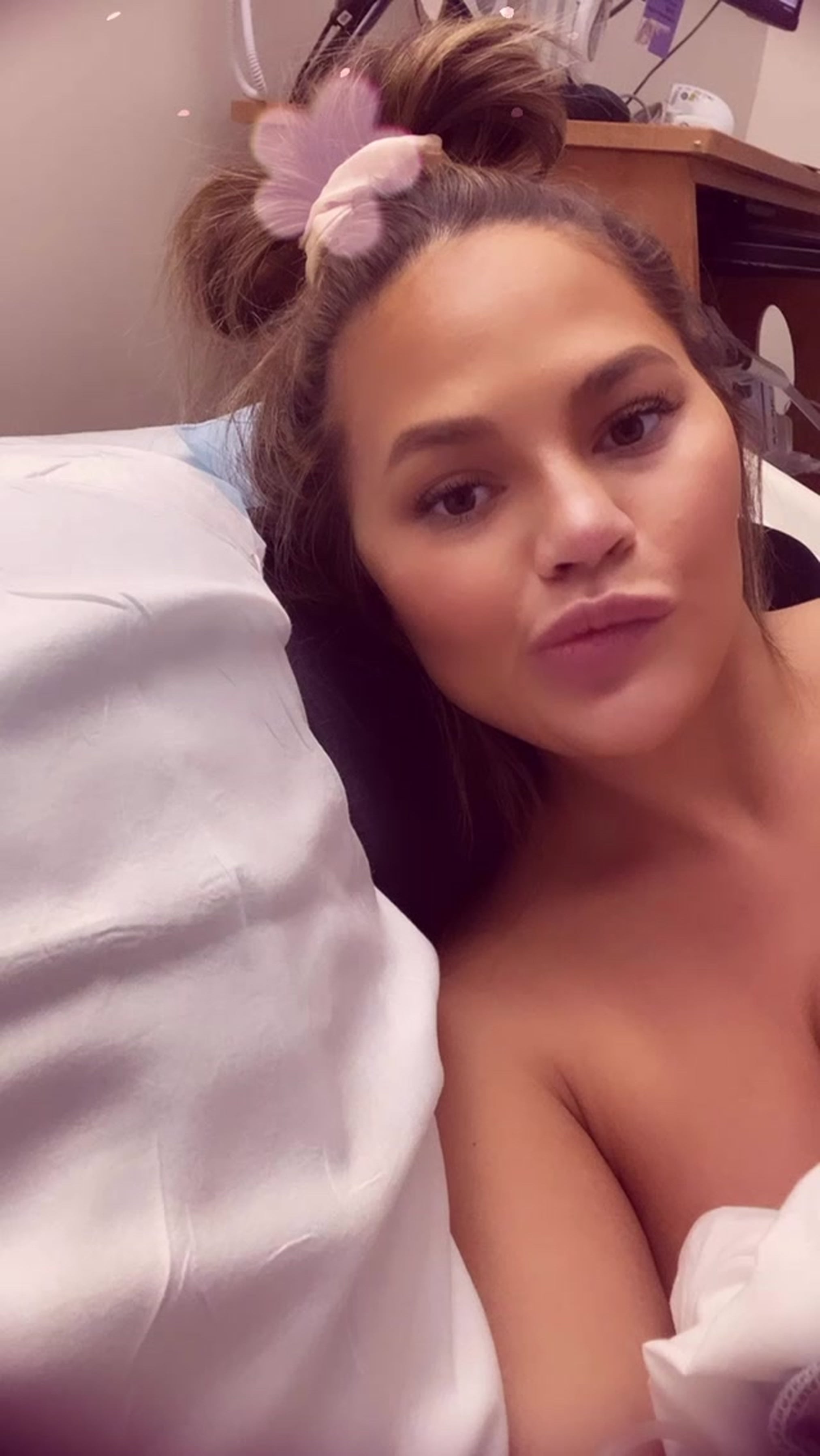 Update: On Sept. 30, Chrissy revealed that she and John lost their third baby at around 20 weeks into her pregnancy. They named their baby boy Jack.

"We are shocked and in the kind of deep pain you only hear about, the kind of pain we've never felt before," Chrissy wrote. "To our Jack - I'm so sorry that the first few moments of your life were met with so many complications, that we couldn't give you the home you needed to survive. We will always love you. . . On this darkest of days, we will grieve, we will cry our eyes out. But we will hug and love each other harder and get through it."

Original Story: On Sept. 27, Chrissy Teigen shared Instagram Stories from a hospital room amid the period of bed rest she's been on for the last few weeks during her third pregnancy. At the beginning of the day, the cookbook author and mom of two shared that to combat her boredom, she was going to have "a bedtime boredom photo shoot today, just in bed, full glam." However, she only appears to have made it through her makeup application before being hospitalized due to her weak placenta, which she has shared is the reason for her bed rest in the first place.

After posting a photo of her hospital room to Stories — which was swiftly taken down, as she accidentally shared the room's phone number and began getting calls from well-wishers and fans — Chrissy shared more about her and baby boy's situation.

"We all know I've been on bed rest for a few weeks . . . but I was always, always bleeding," she shared. "I'm about halfway through pregnancy and the blood has been going on . . . maybe a little bit less than a month. But we're talking more than your period."

She continued, sharing that she wouldn't exactly call it spotting, which she knows a lot of pregnant people experience, but that it has been a bit more serious than that. "Today, the big difference was that it kind of was like if you were to just turn a faucet on to low and leave it there. . . It's just kind of always on and it was at the point today where it was just never stopping bleeding and that's obviously very bad," she said, noting that it's weird because she feels really good and is usually at her happiest when pregnant, which makes this situation difficult for her to come to terms with.

"I guess in the simplest of terms we can say my placenta is really, really weak. So I feel really good, the baby is so healthy, growing stronger than Luna or Miles. He moves a lot, he's moved so much earlier than they ever did. He's like a roly poly and we have a million great pictures of him. He's just so different than they were. So he's so strong and so I'm just so excited for him."

She continued: "But, basically, he is the strongest, coolest dude in the sh*ttiest house. So, his house is just like, falling apart, it didn't have a good foundation to begin with. . . He didn't have the strongest chance at the very, very beginning, so all we're doing now is trying to make sure that he's got a lot of fluid around him and that I'm resting obviously as much as possible. It's just hard because there's not much you can do. I'm in that weird in-between time of it being really dangerous to try anything. Basically if I can make it through the next few weeks, if little boy can make it through the next few weeks, then we can go from there and be able to kind of get through the danger zone. . . It is scary, but it's scary in the way that there's just really nothing to do," she said. "We're trying everything we can."

After breaking down her situation, Chrissy asked that "medical Twitter" not weigh in on what they think might be happening, as even though she shares a lot, there's plenty that only she and her doctors know when it comes to her current condition. "All it does is make me feel really anxious and nervous, and like I did something wrong. While I know that sharing my story is naturally gonna come with people trying to be helpful, but at this point, since I can't really do anything, and baby can't really do anything, it's not really that helpful. So, please don't."

She ended the long chat by sweetly addressing her baby boy. "Anyhow, little dude, I'm gonna show you all of these when you come out. You little butthead," she joked. "I love you. Mommy loves you so, so much."

Chrissy shared a few more Stories before calling it a night, mainly to show off John doing a "bedside sandwich tutorial" on her "new nightstand." The next day, Chrissy shared details of the blood transfusion she had in her Stories, as well as in the caption of a hilarious photo of herself from this past New Year's Eve.

"Hello from hospital," she wrote. "About to have my second blood transfusion which truly truly truly sounds more dramatic than it is. It's an IV, but instead of fluids, the blood of some kind human being out there. Baby and I are completely fine, just missing the little things like walking...cooking...playing with the other buttbutts. came across this little gem from ringing in 2020. It all makes sense now!"

She definitely still has her humor, and it sounds like she's in great hands; and we're sure we'll get more updates on her status soon! 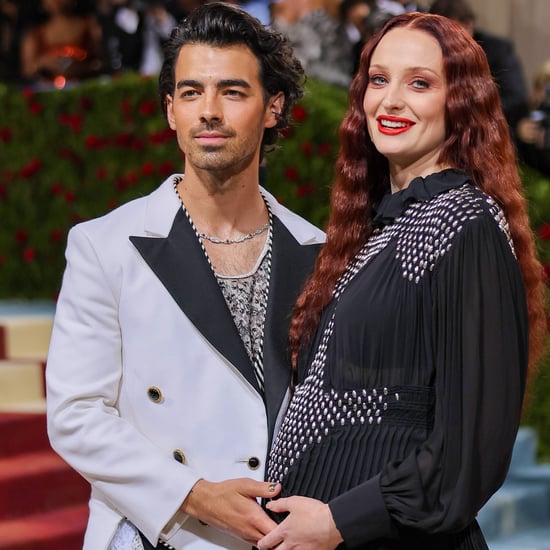 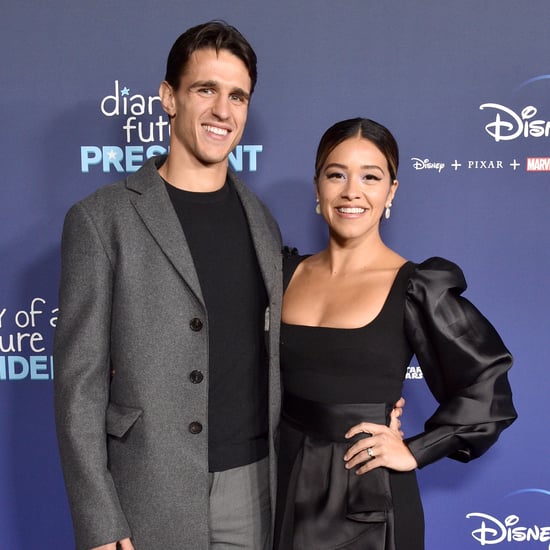