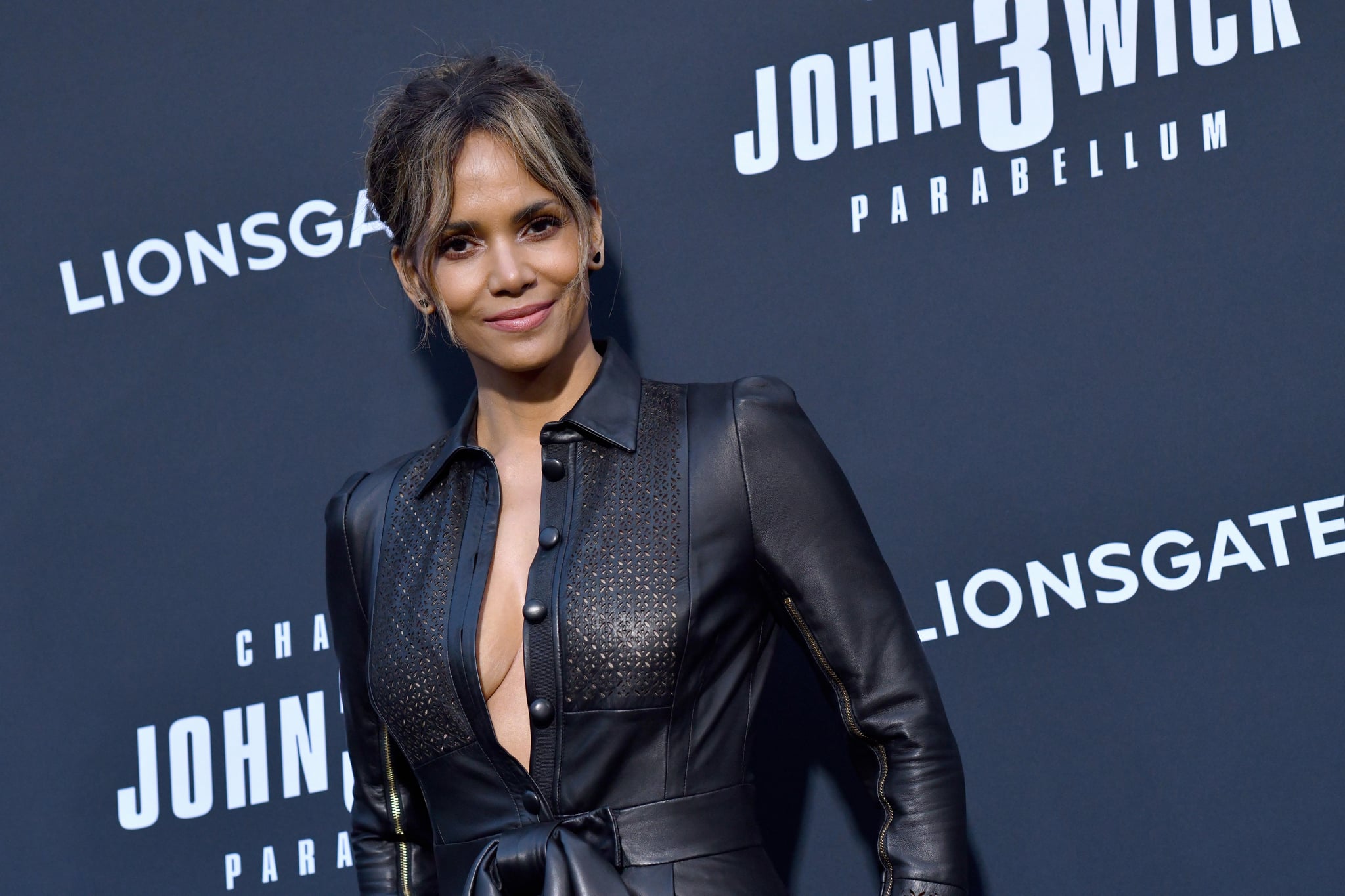 Halle Berry has smashed box office records, she's smashed workouts, and her latest task is teaching her son to smash gender stereotypes. The actress recently sat down for a panel — titled "Women Breaking Barriers: An Industry Shift" — as part of Sundance Film Festival alongside Zendaya, Sia, Robin Wright, Andra Day, Elisabeth Sereda, and Silvia Bizio, in which she opened up about her upcoming film Bruised. The film, which Halle directed and stars in, is about a retired MMA fighter looking for redemption both in the ring and as a mother after her estranged son comes back into her life.

During the panel, Halle and the other women discussed how incredible it has been to share stereotype-breaking stories from the female perspective and how it's just the beginning for diverse voices in Hollywood. And it all starts with the youth. Halle explained how she's been raising her 7-year-old son, Maceo Martinez, to question harmful gender stereotypes through meaningful discussions that are turning him into a "deep thinker."

Related:
I'm Raising My Kids Without Gender Stereotypes, and It's Hard but Worth It

"I have realized what my job is in raising him," she shared. "If we want to have a future that's different, that's where it starts. You made me think of how many conversations I've had with him, since he turned 5 years old, about the differences in boys and girls. I see how he's taught to feel like he is [more] superior — at 5! — than girls are, and I'm having to painfully break that down for him; and really give him a new perspective and make him challenge those thoughts; and ask him to identify where that comes from and if he believes that or not; and challenge what he's sort of subconsciously getting from somewhere."

Whether it's through movies and television or what he's picked up on in school, Halle is determined to shake those assumptions. "I can tell that because we're having the conversation, he is going to grow as a deep thinker on the subject. He's going to be determined not to just accept it because I keep challenging him all the time. 'Why is that for girls? Why is that a girl's color?' . . . It makes him stop," she shared. "And he has to really start thinking about it at 7 years old and that's what I as a mother have to continue to do."

It's never too early to start teaching your kids to question the things that society has taught us to believe for decades. Check out the full panel and hear Halle talk about rethinking gender stereotypes through her parenting around the 25:50 mark.

Celebrity Instagrams
Ashley Tisdale's Daughter, Jupiter, Is the Special Guest at Her Reunion With Austin Butler
by Naledi Ushe 16 hours ago

Olivia Munn
John Mulaney on Life With a Newborn: "He Has Been Stuck to Me For Two Months"
by Kate Schweitzer 3 days ago