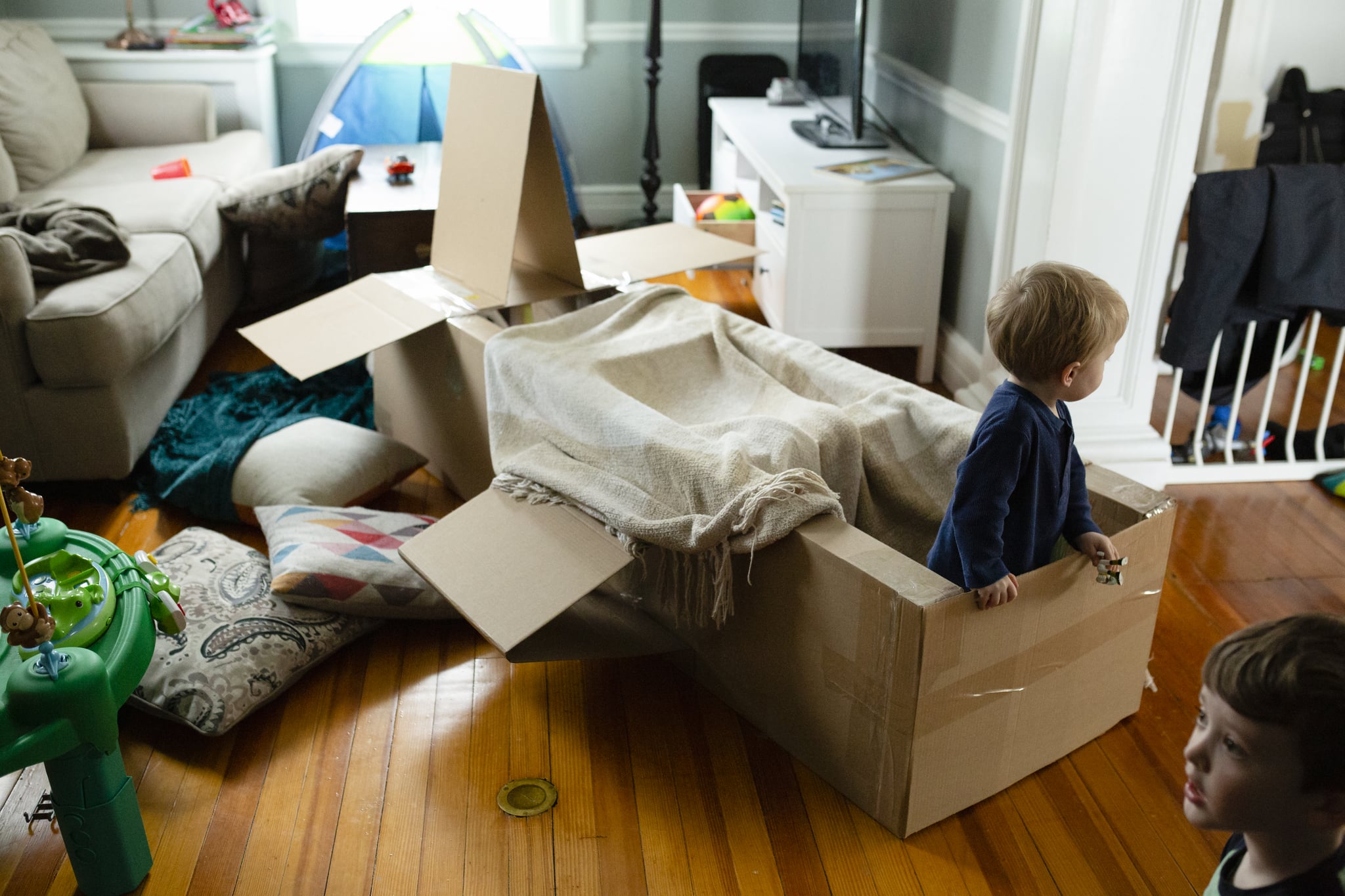 I've been a neat freak as long as I can remember. For me, organization is a form of self-care. If my surroundings are messy, I can't concentrate. An untidy room equates to a life in chaos, and that's just not my style.

When I was pregnant, everyone told me my days with a meticulously organized house were numbered. Give it up, they said. As soon as the baby can walk, he'll be turning your house upside down. The mere thought of this sent me into a panic. Obviously, kids are messy, but is it really so cut and dry that staying organized with a toddler is actually impossible? No, it's not.

My 14-month-old son started walking a couple months ago, and he is absolutely the adorable little tornado everyone warned me about. The only thing he loves more than constantly walking around the house is doing so with an object in his hand — one that is quickly discarded as soon as something shinier falls into his line of vision.

Of course, this means his toys — and other household objects — are randomly strewn across the house when he's on the move. I'd be lying if I said I wasn't a bit overwhelmed by this at first. However, I quickly realized a few simple moves is all it takes to maintain the sense of order I so desperately need. Here's how I'm keeping my house tidy, without keeping my very busy toddler from just being a kid.

As it turns out, my house isn't going to look like it did before my son was born — and that's actually quite preferable.