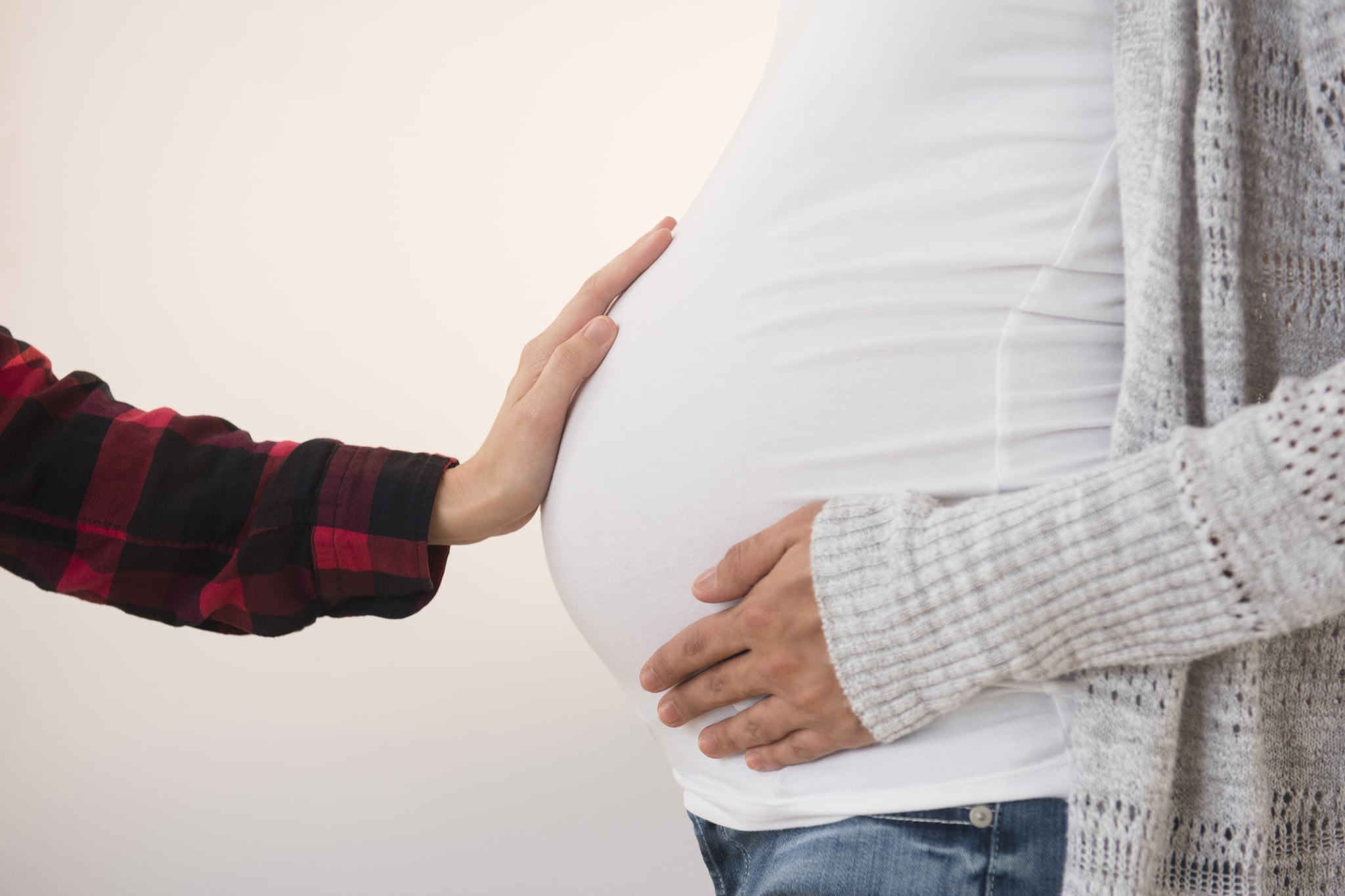 "We're so sorry, but only the mother is allowed into the ultrasound. Fathers and others wait outside," the nurse explained."But I am the mother, not the father, and definitely not an other," I protested. "The pregnant person is my surrogate, and the father will wait outside," I explained. I begged, "I want to be with my babies who are in her belly. They need their parent to advocate for them."

Related:
Gabrielle Union on Surrogacy: "I Made Peace With Getting Over My Fear"

I know that many hospitals have a policy that requests that the nonpregnant parent wait until the ultrasound technician can "come and get them" to have a brief and fun peek at the unborn child once all the measurements have been taken. While there are good reasons for this policy, there are also exceptions to every rule, and big feelings when we are caught between the need for a rule and the reality that the rules are rarely made for families who fall outside the cisgender pregnant mother and doting cisgender father paradigm. My family was certainly outside of that paradigm, and an awful lot of feelings bubbled up for me when I couldn't be in that ultrasound with my tiny humans.

I was angry: Angry I couldn't argue my way into the hospital room, and angry I couldn't be there. But there is almost always another feeling under anger, and for me it was grief. Relegated to that green chair with tears staining my cheeks, I grieved for the pregnancy, I grieved for the carefree way I'd once imagined I'd have children. And yet, even in that grief, my desire for those babies was big enough that I submitted to harvesting eggs, creating embryos, and paying the annual freezing fee so my hope on ice could stay alive.

My breast cancer diagnosis surfaced my desire to have babies, then required I entrust my heart to a woman I'd barely met. Making a baby meant I allowed another woman to step into my place and hold the tiny fetuses that would become my daughters safe inside her body for 37 weeks.

Related:
How I Came to the Difficult Decision to Have a Baby Through a Surrogate

My worries were about what to do when people called our surrogate the mom and about whether the doctors would place the babies on the mom's tummy, instead of into my arms. All those worries disappeared the moment those babies were in my arms, despite the fact that the baby was placed on the surrogate's tummy, and despite the fact that multiple people referred to her as the mom. They were mine as they always had been: mine to love, mine to nurture, mine to wake up with at 3 a.m. Four years later, the surrogacy is part of our conversation, and it is mundane.

The story goes like this: Mama was sick but wanted her babies. So the doctors took the eggs out of Mama's ovaries and fertilized them. And then they put those tiny eggs into our surrogate's uterus, and the babies grew. You were born into my arms, I explain to my two little girls, and there were so many people waiting to love them when they were born.

The loss of my fertility was an extremely devastating aspect of my cancer treatment. I still carry grief for the pregnancy I wanted so badly, that pregnancy that I entrusted to another woman. If I could go back and tell myself anything, it would be, "Love, you're already a mama, by dreaming about these tiny babies hard enough to bring them into this world." Because I've learned that no matter how you are becoming a parent, you are a parent from the very moment you begin whatever process you embark upon. You are a parent when you nurture your desire to become one, and you are enough by growing your child however you can. So for any other mamas and papas out there, know that for all the grief and loss you may feel, for all the desire propelling your journey forward, you are enough, and soon your babies will be in your arms. Together, you will heal the grief, and together, you will make each other whole.