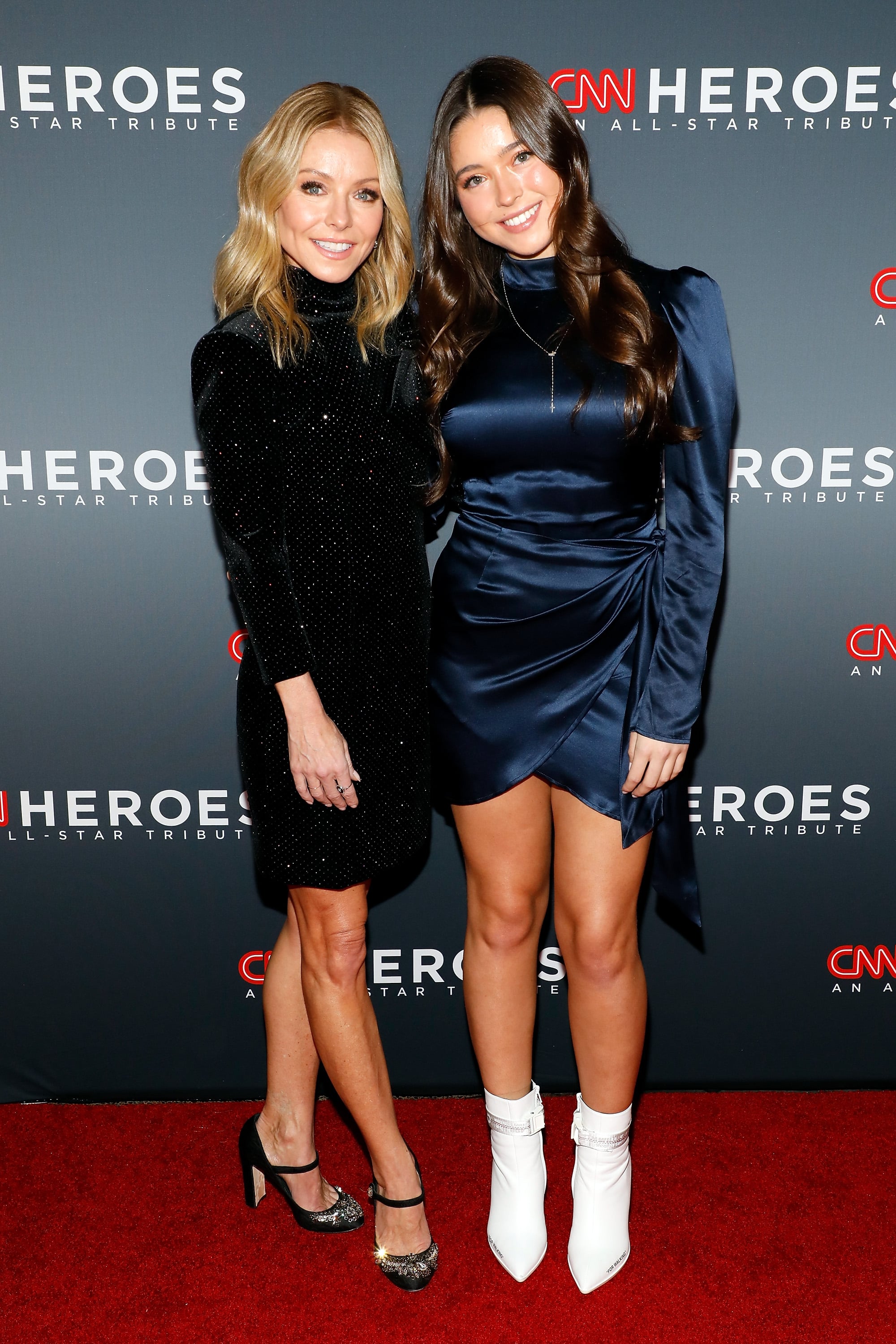 Kelly Ripa and Mark Consuelos have had enough of their daughter's Postmates habits! During Tuesday's episode of Live With Kelly and Ryan, the daytime talk show host explained that her 18-year-old daughter Lola was getting a little too comfortable ordering food delivery to her New York University dorm room, so they had to pull the plug on her debit card. "She's at college and we signed her up for a meal plan, because we're not monsters," Kelly said during the show. "But you know, she doesn't like the meals at school so she was ordering Postmates . . . Here's what would happen: she would order the $7 salad but it would cost $25 to have it delivered three blocks in NYC."

She added, "We shut down that debit card account she had." Honestly, I feel Lola — it's cold in New York and it's way easier to click a few buttons and have food delivered than to go out and make use of that meal plan. Then again, I probably need my card to be cut off as well.

Related:
Kelly Ripa and Mark Consuelos Are Hot Parents — Meet Their 3 Kids Who Probably Hate Us For Saying That

For as long as we can remember, Kelly and Mark have been open about how they parent their three kids — 22-year-old Michael, 18-year-old Lola, and 16-year-old Joaquin — and we always appreciate their honesty. That even includes revealing that Lola walked in on her parents having sex on the morning of her 18th birthday . . . whoops! Guess her Postmates habits were a small price to pay for that awkwardness. Check out gorgeous photos of Kelly and Mark's family here, and prepare to turn into the heart eye emoji.