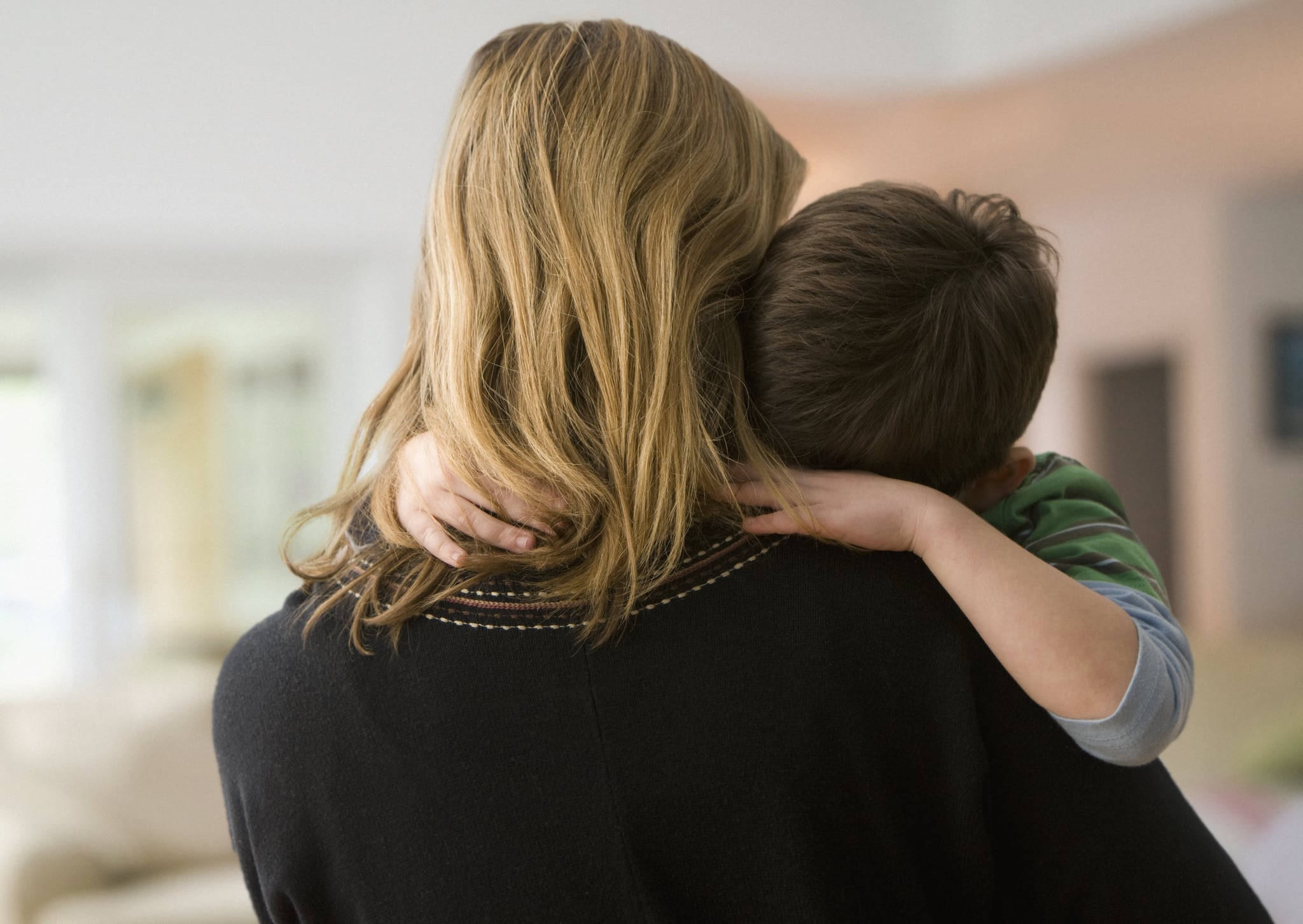 When my husband's uncle unexpectedly passed away, I wanted to attend the funeral to support his family and pay my respects to a man I truly admired. But, with two kids, I wasn't sure I'd be able to. I didn't have child care and bringing kids to a funeral didn't seem like a good idea. Funerals are somber affairs and my kids aren't exactly quiet and introspective. Frankly, I was worried they'd be disruptive and cause others to become distracted.

But my husband wanted his whole family by his side when he said a final goodbye to his uncle. And while I respected his wishes, all I could picture was dragging two crying and whining children out of the service early, while trying to avoid stares of disapproval from the other funeral attendees. So, while I considered my husband's preference, I also sought the opinion of a few family members.

"Should I bring the kids?" I asked my mother-in-law. I posed the same question to my sister-in-law and my own mother. And the only response I received was a very confident "yes" from each one of them. They had each described their own experiences of bringing young children to a funeral and they assured me that my kids would be welcomed.

Related:
22 Phrases to Stop a Tantrum in Its Tracks

With that, I began planning for how I'd manage the kids during the event. I purchased appropriate attire for them to wear. I bought a few new, novel toys and snacks — yes, even candy — that I stashed in my tote for the occasion, hoping it was enough to keep them occupied — and silent. And to top it off, I bribed them with a visit to their favorite restaurant if they behaved during the service. Of course, during the few days before the funeral took place, I had several discussions with them about what would happen during the service and how they would be expected to behave. After all that, the only thing left to do was wait and see if my preparation paid off.

Much to my surprise, my kids were on their best behavior. Indulging them, bribing them, and having heart-to-heart conversations with them had worked! But what was even more surprising was the response from others — people were genuinely happy to see my kids, even with their chocolate-stained faces and sticky fingers.

I can't count the number of people who told me what joy it brought them to have my kids at the service. And afterward, at the reception, I witnessed a group of mourners smile and laugh as they watched my kids play and sneak cookies. Their squeals of laughter filled the room, which may have seemed inappropriate in light of the circumstances, but no one seemed to mind. In fact, one woman even looked at me and said "I can't think of a better place to bring a child," and explained how kids have the ability to lighten the heavy load of death. "It's nice to hear their laughter," she continued.

Bringing my kids to a funeral wasn't what I would consider an ideal situation. But I'm glad I did. While I pictured disaster ensuing, their presence actually brought a sense of calm to strained circumstances. And I realized that at such times, children hold the key to unlocking joy — at least in part. Maybe it's their innocence, their obliviousness to the weight that we carry as adults. Maybe it's their infectious laughter in the midst of tears. Maybe it's their chubby cheeks and fresh faces that remind us how truly beautiful life is and what a gift it is to have lived at all. Or maybe it's just that watching young children live life so fully gives us hope for the future.

Even though I was reluctant to bring my kids to a funeral, we all gained something from the experience. I learned that despite kids' tendencies to be messy and loud, they are a welcome presence when death has silenced the life of a loved one. And my kids learned that family connections extend beyond our nuclear family. I had the chance to talk to them about death, explaining that when someone we love dies, it makes us sad because we miss that person, which helped them understand why their daddy and grandpa were crying. Even though they didn't know the man who died, they could begin to see how his death impacted those who did know him. After we talked about how they would feel if someone they loved were to die, my daughter hugged my husband and said "I'm sorry your uncle died, Daddy."

It's reasonable to consider a funeral to be an adults-only event, but when others treated my kids as special guests, it became clear that even the youngest among us have the ability to add goodness to difficult circumstances. And in turn, they absorbed some important life lessons which proved that it's never too early to give kids the opportunity to learn the concepts of empathy and sympathy.

Little Kids
These Body-Positive Songs Are For Kids, but Our Inner Children Love Them, Too
by Melanie Whyte 2 hours ago