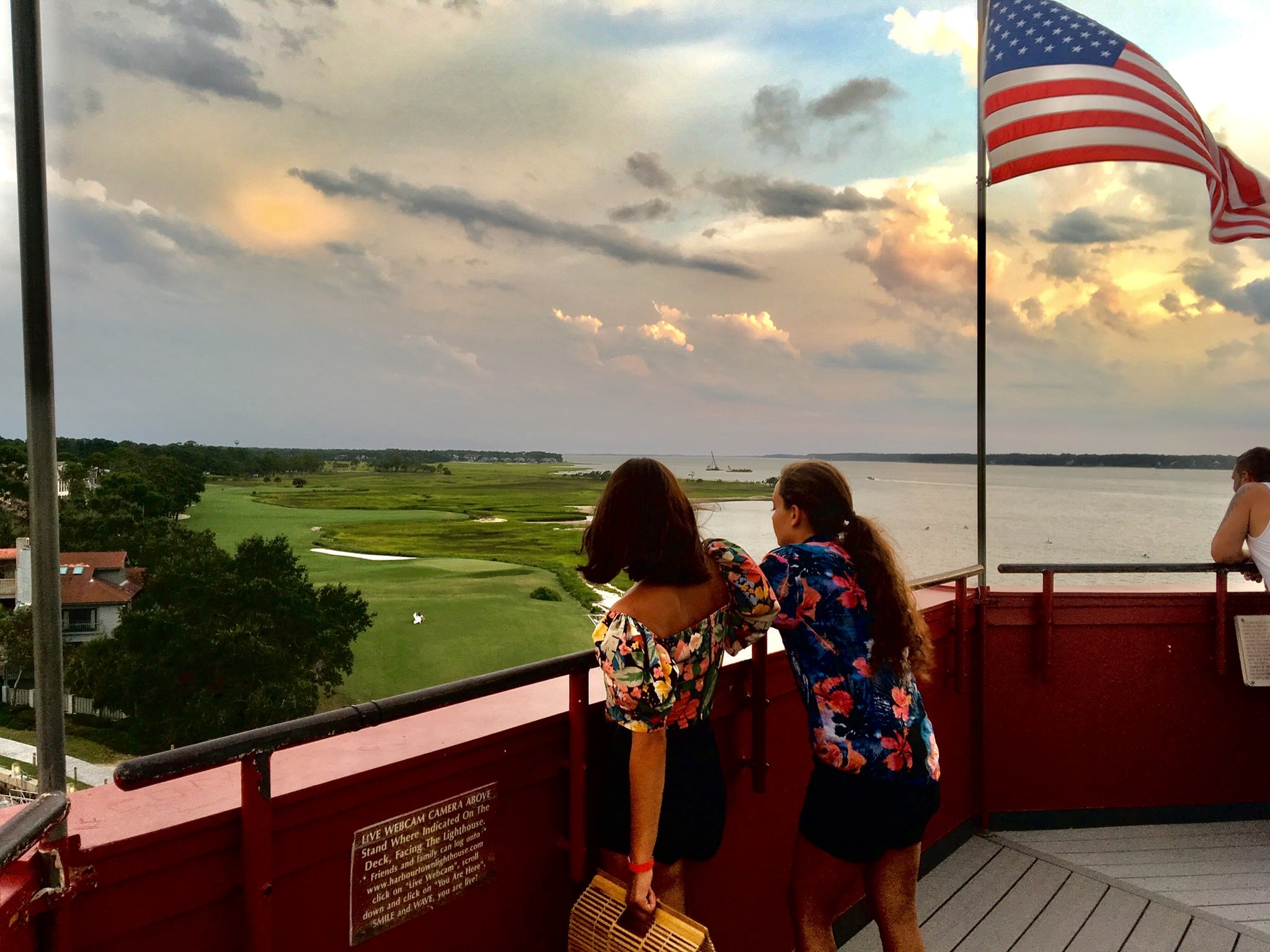 My dad called me 11 times throughout the course of the election. From Tuesday Nov. 3 through Saturday Nov. 7, I fielded his calls left and right, giving him updates about how many votes 2020 President-Elect Joe Biden pulled in the deciding states. It felt like he was calling every 30 minutes, only to hear what I had already told him before. He must have said, "Oh wow, so the count in Georgia is that close? Really? That's great!" about 1,000 times. "Yep," I'd reply. "I told you that the last time you called." I still checked my handy virtual map — in the tab that didn't close for 120 hours — every time he called, just to make sure my reporting was accurate. Because honestly, I couldn't believe what I was seeing either — that Biden was really narrowing his margin in GA with every count reported, largely in thanks to former State Representative Stacey Abrams's efforts in mobilizing voters to flip the state.

It wasn't just Georgia that gave me hope. With every state that turned blue, I wanted to cheer. The messages I saw on my Instagram feed were both comforting and optimistic: "Keep the faith." "Count every vote." "Yes, young people, YAAAAS!" More people voted than ever before — a projected 161 million Americans. Biden was victorious with over 74 million of those votes. I was ecstatic that the turnout spoke to our nation's belief in democracy; the belief that our voices should be heard. I was awed by our youth (ages 18-29) for realizing just how important it was to deliver their ballots. When I was 18, I didn't understand the value of a single vote quite as much, though I wish I had.

"It wasn't until after Biden was announced as President of the United States, alongside Vice-President Elect Kamala Harris, that I thought about what this victory means for the older generations and what it means for my parents."

It wasn't until after Biden was announced as President of the United States, alongside Vice-President Elect Kamala Harris, that I thought about what this victory means for the older generations and what it means for my parents. I had thought about my younger sister, who is gay, countless times throughout the past four years. I had given much thought to her rights and worried about how, as a queer person, she is part of a minority in our country. "One day we will only have candidates represent our country who respect ALL the people who live in it and make it as great as it is. Progress takes time. Until then, never allow someone to make you feel ashamed of who you are. I am proud of who I am and the country I live in, Mr. Trump. You will never change that. Love is love and love will always win," she posted on Facebook on Nov. 9, 2016 alongside a link to a report of Vice President Mike Pence's history of discrimination toward the LGBTQ+ community. When I read her post that day, I remember my heart felt so heavy. It felt like a huge boulder was hanging in my chest, connected by a thread to the back of my throat. I couldn't breathe.

"Megan and I decided we are going straight to the courthouse to get married if Trump gets re-elected," my sister told me after she and her girlfriend cast their 2020 votes in Charleston, SC, this year. To think that my own sister felt as though her right to marriage could ever be stripped from her hurts. Even if Donald Trump would have won the 2020 election and not done anything to further dismantle LGBTQ+ rights over his second term, it still pained me that Rachel had to worry in that moment whether our leaders would consider her equality. That pain still lives in me.

But then I know it lives in my parents, who raised both their daughters to believe in justice for everyone, regardless of color, background, and identity. They taught us to believe in science — that's why we understand the importance of climate change and the very real, very rapid spread of coronavirus, prompting us to grab a face mask every time we leave the house. And they taught us to believe in our own dreams and capabilities. That's why I know that all the young women, especially the Black and brown women, heard Kamala Harris when she spoke about what her victory means for people who have never seen themselves represented in politics before. "While I may be the first woman in this office, I will not be the last because every little girl watching tonight sees that this is a country of possibilities."

Related:
What It's Like to Be the Only Liberal in a Family of Conservatives

My parents never pushed their political views on me and my sister. They just told us everything they know, suggesting that we look out our own lens and interpret the world however we want to see it. I realized on my own I wanted to see it how they did. But then I realized I'd be seeing the world for a lot longer than they would.

"Soo happy for us, love you guys," my dad texted in our family group chat after the election was called. We have a few different family group chats — one that includes mine and my sister's partners and one that includes our extended family — but this was just a message sent to me, my sister, and my mom. "So happy you guys get to live more of your years in this type of America," I wrote back quickly. Only after I pushed send did I process what I had written. (Typical impulsive Sarah move, but that's a whole different post.) It's so true. This isn't meant to sound morbid, but we have more years left to live than our parents do. The future looks different for me than it does for them, and it makes me happy to see them happy for as long as I can right now. If you think back to the elections they voted in when they were my age, there was little representation across the board in the Senate, the House of Representatives, and especially in the White House. The first time there were over 20 women serving in Congress was not until the early '80s. Now there are over 120. They've seen progress in our country that they probably never expected or knew was possible. Now, like me, they just want to see more.

As I was writing this, my dad FaceTimed me to celebrate the news that Joe Biden will help guide our nation in strides toward equal representation, unity, and healing for the next four years. I haven't seen that wide of a smile since the last time we were in Disney World as a family, our very favorite place, and I saw him realize that for that moment, at least, my sister and I were OK. That is every parent's relief — the one thing they ever really yearn to see.

Even though all of my views, beliefs, loves, and interests may not always mirror my parents' exactly, I just realized what it's like to be happy that they're happy. That's all. It doesn't sound like too big of a deal, but it was worth all 11 phone calls and that one excited FaceTime. They're happy, and now I know.