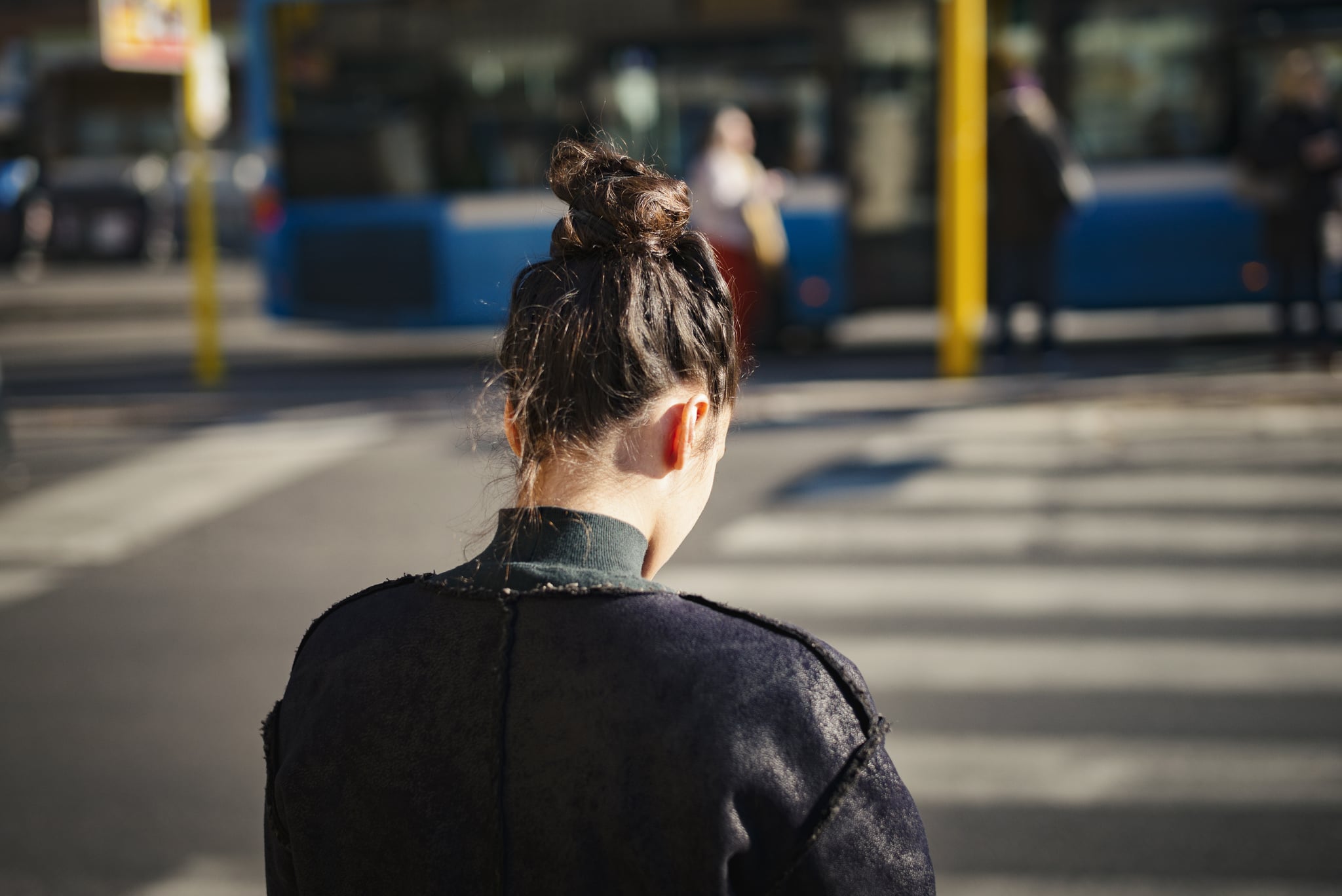 I was raised in a conservative, Baptist Christian household in rural Maine. My life was very small town, and I was extremely privileged. I wasn't very well educated on issues surrounding women's rights, sexism, racism, or LGBTQ+ rights, among so many other things. Fox News was always on at home as I was growing up, so I genuinely was unaware of what was going on in the world outside of my bubble. While I had access to the internet and the ability to educate myself on these issues, I didn't exactly know that I needed to. Growing up, I was so blind to the hardships of those around me, I didn't even know where to start. I loved and respected my parents so much that I genuinely felt that their opinions were always correct and that I didn't need to educate myself further. To be clear, my parents never tried to shield me from issues or push their views on me. I was just comfortable with our dynamic, and it's on me that I never pushed to break away from what they said to be true.

When I got to college, pretty much all of that changed. Without their guidance, I suddenly had make decisions for myself and formulate my own opinions. I was surrounded by people who came from different places with different levels of struggle and privilege. My eyes were suddenly opened to a world that lived outside of the small town I grew up in. On my campus were groups that advocated for women's rights and the Black Lives Matter movement; groups that held marches for different human rights groups; and so much activism that shed light on important social issues that I'd previously dismissed. After finally educating myself, and formulating my own opinions about what was important to me and where I stood on these issues, I quickly became more and more liberal, while almost all of my family remained conservative.

Luckily, my immediate family has always been extremely supportive of our differing opinions. In 2016, I voted absentee for Hillary Clinton because I was at school. My mom delivered me my ballot, and once I sealed it, she dropped it off for me (as is permitted by my state). Although we had different opinions, she was so proud of me for voting, so she was happy to submit my ballot for me.

The hardest part of being a liberal in a conservative family is finding common ground and acceptance with the people you love, and who raised you, even though you think so differently. I don't think that my family members are bad people, and I have so much love for them, but I've really struggled to respect them. Social issues are so important to me — ensuring that everyone has equal rights and that lives are all valued in the same respect is what I care about the most. While I don't think that human rights should even be a political, left versus right issue, that's exactly what it's become over the past four years.

During this election period, it seems as if I can't talk to any of my family members without fighting about politics. Frankly, it's exhausting. This presidential election period has been one of the most difficult times of my life. Practically every conversation turns into an argument as the stakes are so high. With the basic rights of so many different groups on the line, the election has caused an incredible amount of strain between myself and my family, who just simply have different values than I do. It's been so frustrating and heartbreaking for me to facilitate a relationship with people who I feel are, in a way, voting against my basic human rights.

Related:
An Open Letter to Anyone Whose Family Wants Them to Vote Republican

My family's religious beliefs dictate their political views, which is fine and is their right, but it led to a lot of arguments between us. We have vastly different views about what is important; they prioritize religion, taxes, and business policy, while I focus on social issues and equality. When I was protesting for the Black Lives Matter movement in June, my parents were understanding and supportive, but other family members took issue and voiced opposition to me on Facebook. While I tried to keep the peace, I knew how important it was to have conversations about race with your family members, so I tried to talk to them about it. It led to intense arguments, which ended with me blocking many family members on social media and even cutting ties with some.

We disagree about abortion and access to birth control as well. The majority of my family is pro-life, but also don't think birth control is natural and are unsupportive of Planned Parenthood, which provides low-cost birth control to those who need it. My family also does not support LGBTQ+ rights as it goes against their religion, while I don't believe that their religious beliefs should dictate anyone else's lives. I've come to realize that we can have different opinions on policy, but debating human rights is a wholly different thing. I can keep the peace and respect my family's opinion on policy, but not on issues where someone could lose their human rights, and it is those topics that have made it so difficult for me not to completely cut my family out of my life.

Being a liberal in a mostly conservative family is extremely hard. I've had to move out of my home just to get some space and peace. I have had screaming arguments with family members, I've cried, I've struggled with showing love to people with whom I truly disagree. At the end of the day, I've learned to choose my battles and to approach the differences I have with people with facts and respect. I'm proud of my views, and I'm proud that I've gotten to this place based on my own education and opinions.

Fashion News
I Never Wore Ripped Jeans Until Peloton's Emma Lovewell Launched Her Size-Less Denim
by Sarah Wasilak 1 week ago
Britney Spears
Growing Up Britney: The Pop Icon Made Me Feel Free, Even When She Wasn't Free Herself
by Jada Gomez 2 weeks ago