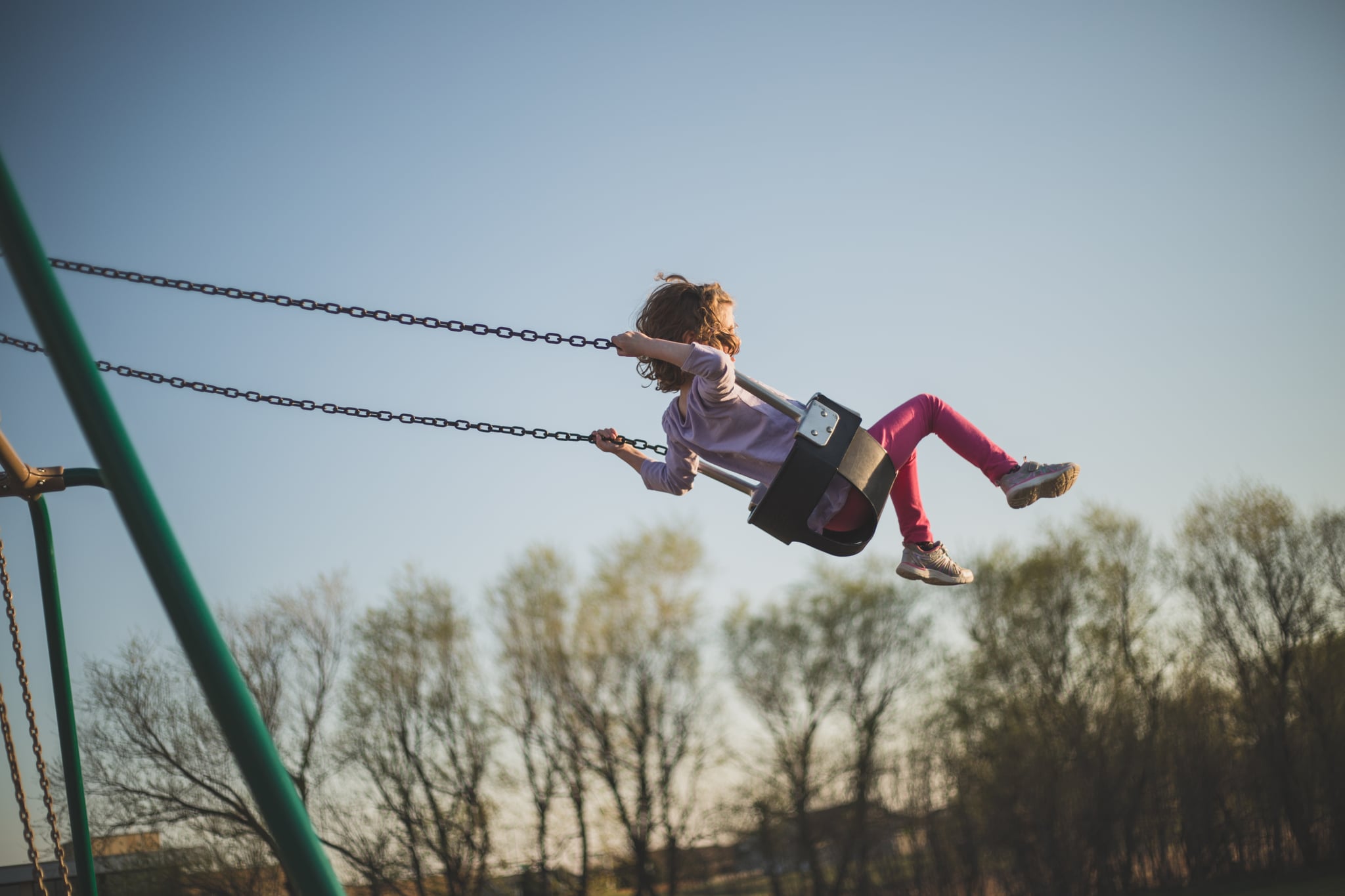 If you see me at a local park or out and about with my kids, you may think I'm a free-range parent — and I'm okay with that. My parenting style is pretty low-key when I take the kids out to socialize with others. I try to give them the space and distance they need from me so that they can figure things out on their own and cultivate their own independence. That is our goal as parents, isn't it? To eventually send them out into the world without us so that they can live strong, happy, and independent lives?

As parents, sometimes when we go to the playground, it can be awkward. We don't want other parents thinking that our kids can do whatever they want, or even worse, treat other kids however they want. Oftentimes, parents interfere because we're so afraid of being judged. But I believe that by intervening too much, we're hindering our kids from learning valid social skills all on their own. We just need to give them the chance.

I remember taking my 4 and 6-year-old to the park one day a few years ago. My son (6) was doing his own thing climbing the playscape while my daughter (4) was trying to socialize with another little girl, likely a year or two older than her. Quickly, the two alpha females got into it. After running around together for a few minutes, they both wanted the last swing left.

I looked at the little girl's parent, and realized looked very uncomfortable as she sat on the bench adjacent to mine. I just shrugged my shoulders and smiled, showing her that I understood this was normal behavior for small children and that I believed it was all okay. No girl was trying to bully the other — it was a regular scuffle between children.

Related:
Instead of a Normal Timeout, My Toddlers Get "Mommy Timeouts" — It Works Much Better!

As the girls continued to squabble, the mom stayed quiet a little longer, but she started to fidget in her seat. It was evident that she was a more introverted woman, not likely one to scold her child in public. The two girls continued to duke it out for that last swing. "I want it!" my daughter yelled. "No, it's MY turn!" the other girl argued.

Finally, the other mom couldn't control herself any longer. "Amy!" she yelled. "Let the other girl swing first!" The little girl listened to her mother. She pouted and then walked with her head down over to her mom at the bench.

I couldn't help but think what a lost opportunity that was. The two girls could have not only solved that problem together if given the chance, but they could have formed a little friendship. Instead, the girl scowled the rest of the time at the park, and they left about 10 minutes later. The only thing that little girl learned with her time at the park was that if you argue with another child then just walk away. But solving conflicts is a vital skill in life because we get into scuffles with people every single day for the rest of our lives.

I'm not sure what that mother thought of me that day — maybe she labeled me a free-range parent. She likely didn't understand where I was coming from. I just want my kids to learn how to coexist with others, and the only way they'll figure that out is if we give our kids the distance they need. If I constantly hover over them, directing their every move, they'll only learn to look for Mom to solve all of their problems. Then when they grow up, they'll likely fail in both their relationships and jobs because they don't have the essential skills they need. So, if some consider me to be a free-range parent, then I'll take that label any day.