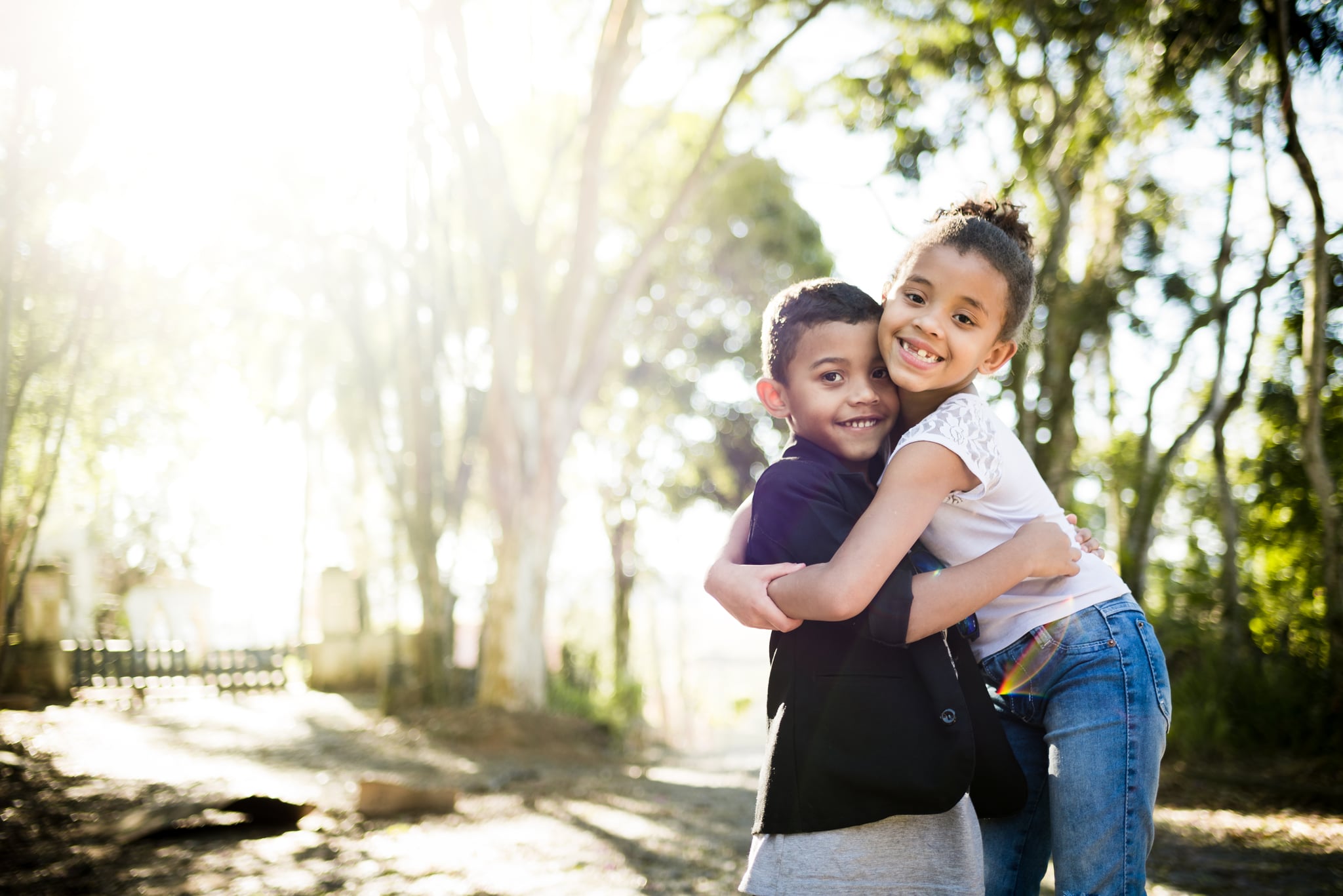 I learned that I was successfully teaching my kids body autonomy when my youngest was 5 years old. She bounced into the car after her very first day of kindergarten. "I love my teacher and friends, Mom!" she boasted. From there, I took her and her big brother to get some ice cream at our local ice cream shop to celebrate their big day. As she licked her superman cone, it was as if her memory clicked on. "Oh, I forgot to tell you," she said. "A boy pushed me down on the playground today at recess."

"What?!" I said, shocked anyone would put their hands on my 5-year-old daughter.

My inner mama bear awoke, and I grew heated. I mean, it was my baby's first day of school for crying out loud. But still, I took a deep breath and tried to remain calm. "What happened?" I asked her.

"Well, I stood up and told him, 'Don't put YOUR hands on MY body.' Then I told him if he did it again, he'd have to go to the principal's office."

I sat there in awe. My daughter didn't cry, whine, or wail. She didn't even call him a bully. She was matter of fact about it. And you know what? That boy didn't touch her again the rest of the school year. I guess my preaching of body autonomy is starting to pay off.

You see, since my kids were toddlers, my husband and I have tried to teach them about personal space, individualism, and body autonomy. "You can tell people not to touch you if you're not comfortable with it," I tell them. This goes for brothers, sisters, friends, aunts, uncles, and grandparents. It's always been important that I don't make my kids hug everyone before we leave a social gathering, for example. "Maybe a high-five," I say instead. Or, "They just don't feel like it today." This way my kids learn that they don't have to tolerate someone putting their hands on their bodies in any way if they don't want them to — because it's their bodies, after all.

We do the same with clothes. My daughter will wear the craziest clothes I've ever seen — leopard leggings with floral dresses and five bows on top of her head. You name it, she'll wear it. But if she's comfortable in those clothes and they empower her to be her own unique self, so be it. I want both of my kids to rock their individuality regardless of how horrible I secretly think their current taste is.

Now, I'll admit. This recently backfired on me in a funny way. My 8-year-old son has some beautiful, golden and curly hair. His dad, however, started shaving his head in his twenties because of that fun receding hair line he had. But still, my son wanted to "look like Daddy" by shaving his own gorgeous hair. "Well, why don't we wait on it," I said. "Maybe wait a couple weeks to see if you still want to shave your head. It's a big decision."

A few days passed and I asked him when he was going to do his big head shave. "I decided to just to have it cut short," he said. All my son really needed was the choice to do what he wanted with his body. Perhaps it wasn't about his hair at all — just the affirmation that it was his choice. I'll admit that giving him that freedom was hard. Yes, I know that hair grows back, but it was still a difficult one for me. Yet he chose all on his own to just keep his hair short, not buzzed.

Of course, my kids will make some wild decisions with their hair, makeup, and more as they get older — ones that I won't necessarily agree with. But I know that teaching them autonomy with both individualism and respect to their bodies will only pay off in the long run. Because not only will they learn to respect their bodies, but others will, too.