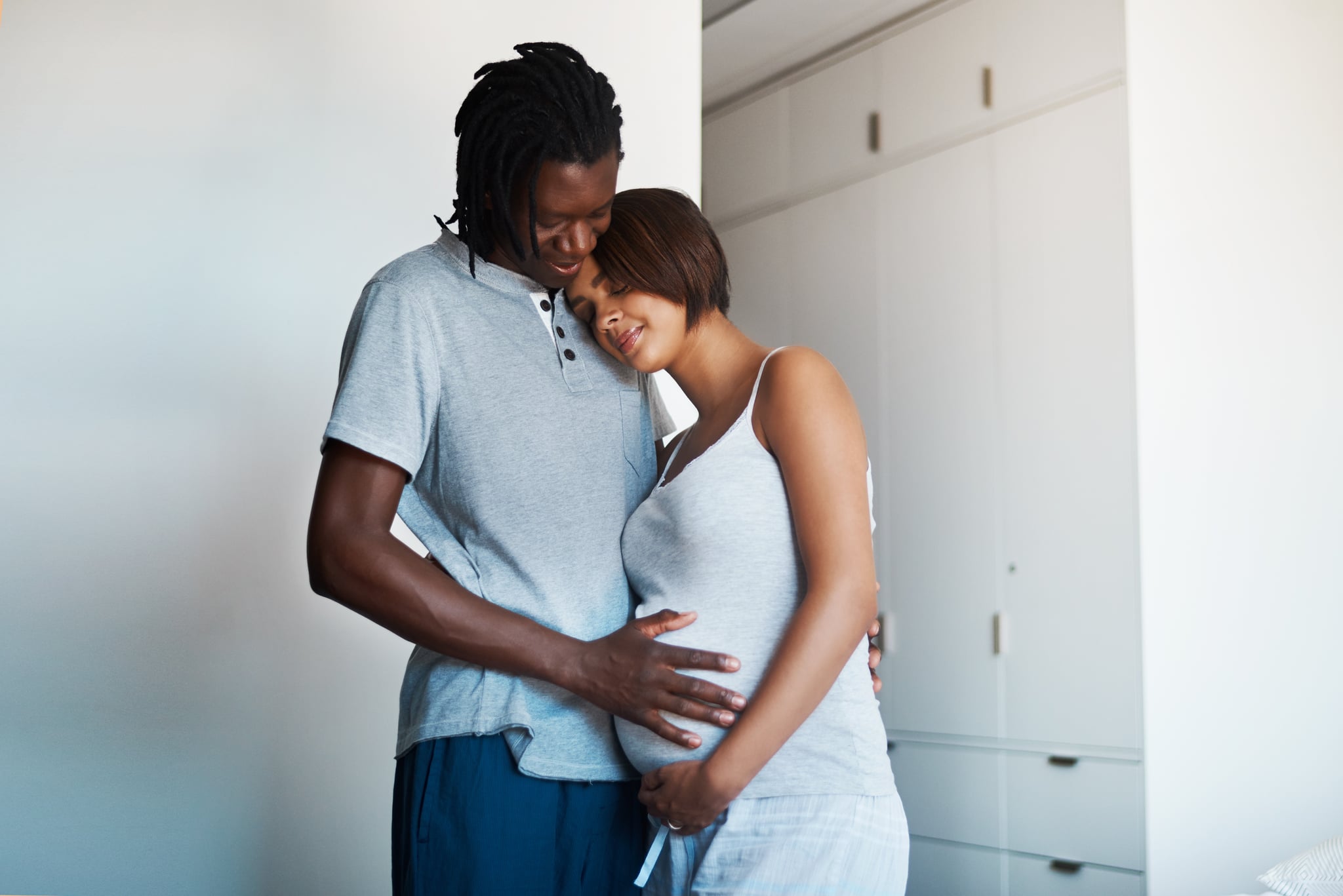 Before my daughter was even a thought, I assumed that when I got pregnant, I would find out the gender of the baby. Duh — it's the 21st century. We don't have to sit around waiting and wondering anymore. Plus, how else would I plan the nursery and registry or pick a name? To my surprise, when I did become pregnant, the thought of finding out if I was expecting a boy or girl stressed me out, so I decided to hold out on knowing exactly who was on the way for nine months.

The idea was first planted when my coworker revealed that she hadn't found out the gender of either of her kids. This shocked me. I didn't expect that people were still living this way in the 2010s. This nugget of information stayed tucked away until the news of my own pregnancy rallied my family around this idea that I would be bringing forth the family's first little boy. We already had two little girls on my husband's side of the family, and the household I grew up in was dominated by females. On both sides of the family, the chatter was around this little boy on the way, and an unrealistic feeling of pressure started mounting on my shoulders.

What was going to happen if the doctor told us we were having a girl? Would my husband feel let down? Would the rest of the family be less excited about yet another girl? Maybe it was those crazy pregnancy hormones that were driving these thoughts, but regardless, I didn't want there to be an ounce of disappointment around my pregnancy or birth, and there was no way anybody could be disappointed once the baby was here, boy or girl. We would be blessed to deliver a happy, healthy baby, and that's all that mattered to me. So I decided it would just be less anxiety-inducing to get through those nine months without knowing the gender. What I also didn't know was that this decision would bring me, a type-A individual who lives life according to my planner, unexpected peace.

Related:
3 Reasons to Find Out Your Baby's Gender and 3 Reasons You Shouldn't

For months, my friends bombarded me with questions. "Aren't you dying to know? Isn't it driving you crazy that you don't know? How are you even preparing for this baby if you don't know if it's a boy or girl?" Contrary to popular belief, preparing for a baby whose gender you don't know is actually quite simple. My husband and I collaborated on a list of boy names and girl names. Our list of boy names was initially much more extensive, but we narrowed it down to three. As far as baby girl names went, there was only one we could agree on. Throughout my pregnancy, we affectionately referred to our bump as "Littlebit." Although we didn't know whether we were expecting Littlebit Baby Girl or Littlebit Baby Boy, we spoke to Littlebit every day, bonding and building excitement over whoever was going to make a debut.

We planned to turn our guest room into Littlebit's room. Our guest room was painted a deep orange color (stick with me here) that was the perfect backdrop for our gender-neutral jungle safari theme. There was no need for pink or blue — we instead turned to green, yellow, white, and gray to accentuate the zebras, giraffes, lions, and monkeys. It would be perfect for whomever arrived on delivery day.

Setting up our registry was easy: we registered for items in neutral colors or items that complemented our jungle safari theme. Our family threw us an amazing backyard coed baby shower. It was laid back, fun, and focused on celebrating our Littlebit. We were gifted unisex onesies; jungle-themed stuffed animals and toys to match Littlebit's room; lots of yellow, green, and white towels and linens; and gift cards. We were inundated with love and with gifts, and the entire day created even more excitement and suspense as my due date quickly approached.

Related:
Dad Does an Impromptu Gender Reveal in the Hospital After the Birth and Completely Fools Everyone

It was around 10:30 at night when my water broke and the countdown to meet Littlebit began. After a fiercely fast labor and delivery, Littlebit was here. As the doctor and nurses scrambled to clean up, stitch me up, and get up to leave the room, my husband and I basked in a life-altering surprise. We were now the parents of a baby GIRL! In that time after her birth, we were shocked that she was here, but in hindsight, I should have known that anyone coming three days late, then taking only 4 hours and 44 minutes to arrive would be a girl — she was determined to do life on her own dramatic terms! Before the prospect of motherhood, I had always envisioned myself as a "boy mom," but to this day, I could not see my life with anyone other than my Lucy Littlebit.

For anyone thinking about waiting to find out the gender — I say just do it! There aren't many true surprises in life anymore, and this one is truly priceless. Pregnancy, in all of its glory and discomfort, really does fly by, so before you know it, you will know whether you have a son or daughter. People love guessing the gender, and this helps build suspense and excitement. I've found that during pregnancy, people love contributing unsolicited advice and words of wisdom. If you don't know whether you're having a girl or boy, you'll cut out much of the noise people will sell you about "the drama of having girls" or "the stress of having boys". It also takes your personal focus away from preparing to be a "girl mom" or a "boy mom" and all of the stereotypes and biases that come with that; instead, you can prepare for just being the best darn mom you can be.

We are so excited to be expecting for the second time. This pregnancy, we again decided not to find out the gender of the baby. We teach Lucy that she will have a baby brother or sister, and we will find out in a few months just who it is. And as a family, we get to gear up for another superb surprise!

Celebrity Trainers
Peloton's Jess King on Her Pregnancy Journey: "I Had No Idea What I Was Up Against"
by Jess King 5 days ago