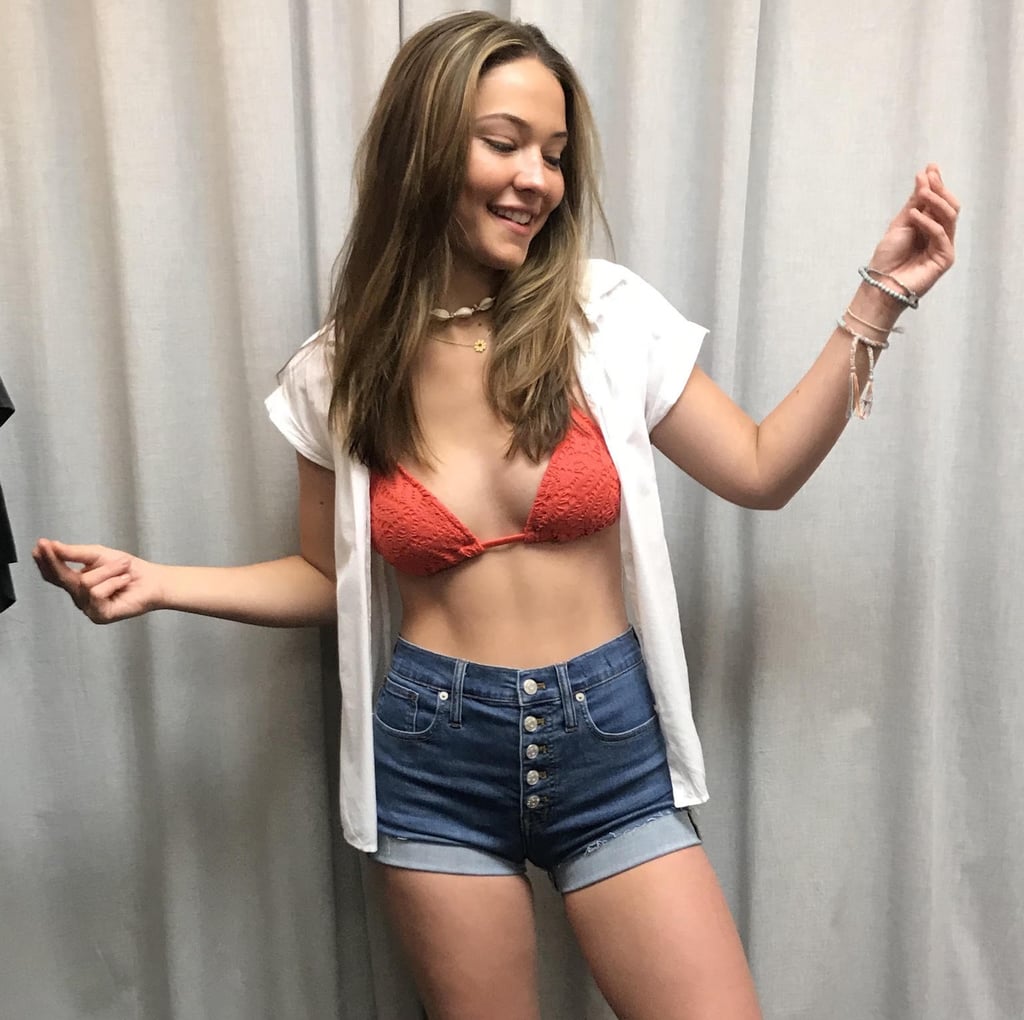 Oh, if there was ever a time to dream of casual beach style, it'd be right now, immediately following our obsession with Netflix's Outer Banks. Fans seriously cannot get enough of Sarah Cameron's outfits or Kiara Carrera's cool-girl hippie vibes, and costume designer Emmie Holmes is well aware. When I got the chance to talk to her for an exclusive POPSUGAR interview, she told me she was busy answering DMs from fans begging for accessory details — John B's bandana and the beaded bracelets are, without a doubt, her most popular inquiry.

"[A sanding block is] going to be your number-one tool in achieving pogue style!"

But Holmes is so awesome that she also graces her fans with tried-and-true advice for how she created the mood while shooting, which she refers to as "a little surfer, a little southern, a dash of hippie (especially if Kiara is your girl), and a whole lot of wear and tear."

Holmes has encouraged followers of the show to pick up sanding blocks to distress their clothing — "it's going to be your number-one tool in achieving pogue style!" — and is giving POPSUGAR readers a behind-the-scenes look at some of her favorite fittings with the cast, along with plenty more little-known facts about the show. "The pogue look is vary attainable. Hunt for funky John B-inspired shirts at your local thrift stores. Don't be afraid of sale racks and bargain bins because it's all in how you piece it together," she says.

Ahead, you'll find never-before-seen images from Holmes's own camera roll and get a full rundown on some of the most iconic outfit details in season one — now let's just pray for season two. Our wardrobes could definitely use the inspo.

Related:
Outer Banks: I'm on the Wait List For John B's Beach Day Shirt, and I Won't Give Up Till It's Mine
Previous Next Start Slideshow
NetflixFashion InterviewTVOuter BanksScreen Style