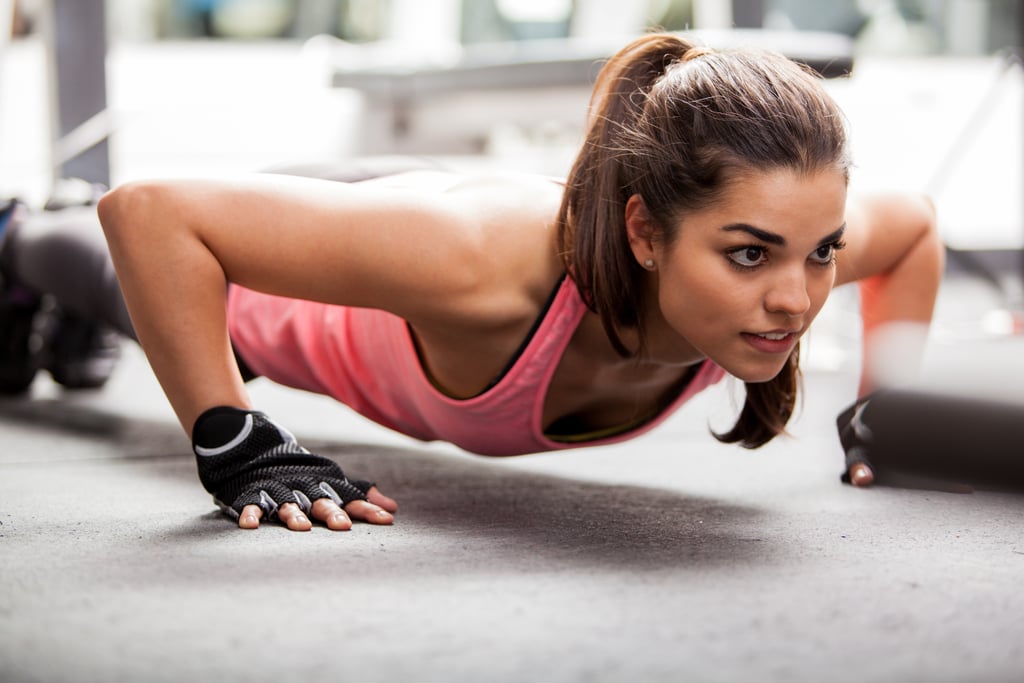 Bodyweight training is as popular as ever today. Even though its benefits may be superior to other trendy workouts, our friends at Shape don't want you to stop lifting.

Right now, bodyweight workouts are king. In fact, bodyweight training was named the number two fitness trend of 2016 by the American College of Sports Medicine (beat out only by wearable tech). "Body weight training uses minimal equipment, making it more affordable. Not limited to just push-ups and pull-ups, this trend allows people to get 'back to the basics' with fitness," the report declared.

Obviously, working out sans equipment can hardly be called a 'trend' (the Internet says that the modern push-up has been around since ancient Rome), but it's true that these workouts seem to have reached an all-time peak. We're big fans of bodyweight training ourselves, and as the ACSM points out, it does make working out more accessible to those who don't have the option to dole out thousands a year on gym memberships or boutique fitness classes. For the most part, you can bodyweight train anywhere, and it's quick and convenient if you're short on time.

But as a result of bodyweight training's booming popularity, it's led many to ditch their gym memberships and question the necessity of traditional weight rooms. Can't I just squat and push-up my way to better fitness? one might argue. In part, the answer is yes.

"I've helped a ton of people get strong, lean, and lose a ton of weight without a single piece of equipment," says Adam Rosante, celebrity trainer and author of The 30-Second Body. (Steal his HIIT workout that tones in 30 seconds) Still, despite his emphasis on high-intensity, no-equipment workouts, "I absolutely love heavy weights and believe very strongly that women should lift," he says, and recommends mixing heavy lifting sessions in with your bodyweight workout sessions.

This isn't exactly groundbreaking: Pretty much any credentialed trainer will tell you that the key to any good workout program is variety. Yet, if you look at the fitness landscape, it often seems as though everyone's leaving dumbbells in the dust.

"The best tool you have is your own body," says trainer Kira Stokes, creator of The Stoked Method. Stokes is a huge advocate of bodyweight exercises, with hundreds of unique moves in her arsenal (like these 31 plank moves!). But she believes only focusing on bodyweight has its downfalls. "You become limited in what you can offer your body," she says.

First off, doing push-ups and pull-ups takes proper form and strength — they're not easy for the average individual, Stokes says. "You want to be able to work your body in all planes of motion, and sometimes that's not possible if you're not super strong in certain areas of your body." That's where the importance of weight training comes in.

She describes dumbbells almost like modifications, prepping you for the harder stuff. "I'm always telling my clients that the weight work we do is building the strength you need to be able to lift and lower your own body weight."

The fact that many people are stumped when it comes to traditional weight training outside of studio classes is, in Stokes' opinion, a massive problem. In fact, she created an entire program — dubbed Stoked MuscleUp — because she felt like people were losing the knowledge of how to incorporate both weights and movement to really challenge your body, she explains. (Try Stokes' 30-Day Arm Challenge that mixes bodyweight and dumbbell moves together.)

"I felt there was a gap in the industry because we've gone so over the top with HIIT training and bodyweight training and all of these at-home workouts — and I'm a huge advocate of that," she explains. "But you also have to know the basics of lifting." (Here are 8 reasons why you should lift heavier weights.)

Fitness as a whole has moved away from that, emphasizing the popular phrase "train movement over muscle," she says. "But I believe you've got to train muscle in order to train movement."

Simply put, as with most things in life, balance is crucial. "Obviously, bodyweight workouts are better than nothing, but I wouldn't recommend doing only that," says Joel Martin, Ph.D., a kinesiology assistant professor at George Mason University. "To reap the full benefits, you need to be lifting some heavier weights too."

There's also the risk of hitting a plateau. "No matter what you're doing, if you always do the same workout, your body will adapt and it won't be stimulating enough to cause changes in your muscles or body composition," Martin says. (Check out these Plateau-Busting Strategies to Start Seeing Results at the Gym!)

Not to mention, you can actually lose strength if you're only focusing on bodyweight, depending on your current fitness level. While many people might improve and gain strength initially from bodyweight workouts, for those who can already do, say, 30 push-ups, focusing only on bodyweight training will actually cause your strength to decrease, Martin explains.

"It's somehow become unpopular to be seen in the gym doing bicep curls. I have no shame. I can bicep curl until I'm blue in the face. And I can also do a komodo dragon across the floor," Stokes says. "And it's from the strength I build from weight lifting."

Bottom line: If you've sworn off traditional weight training in favor of at-home bodyweight workouts, you may want to consider re-familiarizing yourself with that rack of free weights. "It's a mind-shift that has to happen," Stokes says. "People shouldn't be ashamed to go in and grab a set of dumbbells."