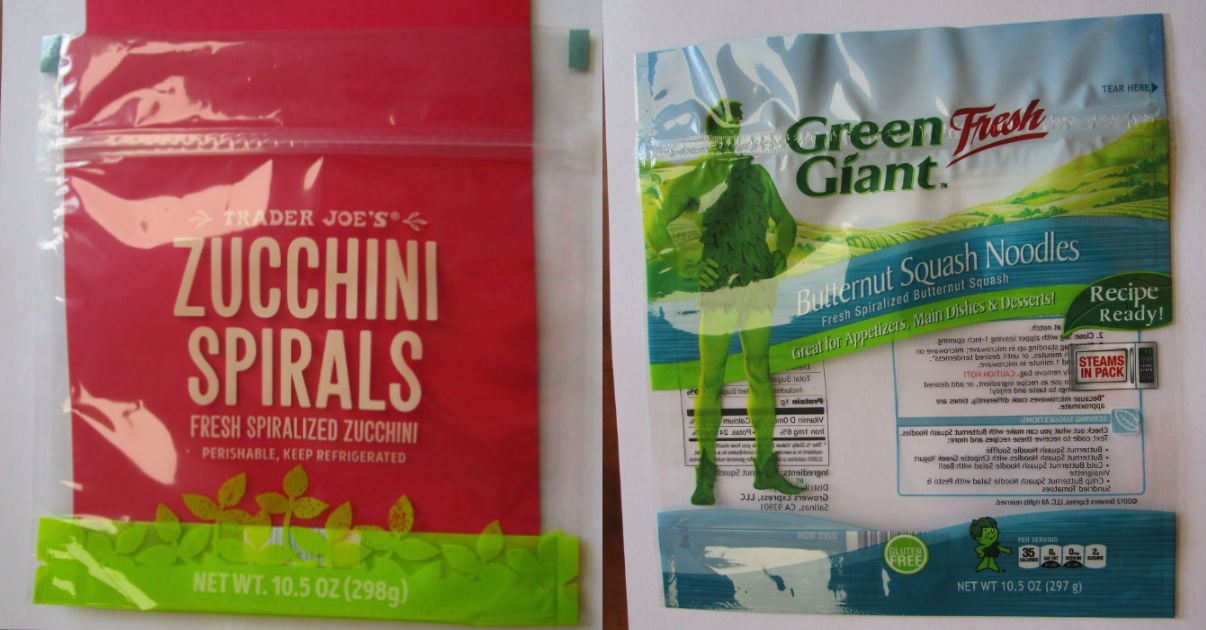 On July 1, Growers Express announced that it's issuing a voluntary recall of packaged vegetable products sold under the Trader Joe's and Green Giant Fresh brand due to potential Listeria monocytogenes contamination. More specifically, TJ's Butternut Squash Spirals and Zucchini Spirals are being recalled, as well as a variety of cauliflower, sweet potato, and ramen bowls sold in retailers including Stop and Shop, Shaws, and Food Lion.

Tom Byrne, president of Growers Express, said in a press release, "We self-reported the need for this recall to the US Food and Drug Administration (FDA) and stopped production immediately after being notified of a single positive sample by the Massachusetts Department of Health." He continued on to say that Growers Express is "deep sanitizing" the facility and will run sanitation and safety tests before production continues.

Listeria is a bacteria that can cause listeriosis, an infection with symptoms that include diarrhea, fever, mental confusion, nausea, and severe headaches. According to the FDA, listeriosis can sometimes be fatal for young kids, elderly people, and those with weakened immune systems. It can also cause miscarriage and stillbirth in pregnant women. The listeria infection may show up a few days or months after eating contaminated food.

This recall does not include any Green Giant canned or frozen vegetable products, Growers Express said. Ahead, we've included a list of recalled products that affect multiple states, according to the most recent information on Growers Express' website. See the full list and product photos here:

A spokesperson from Growers Express told POPSUGAR that the affected items have been pulled from shelves. If any of the recalled products are currently in your home, the FDA and Growers Express say to throw them away.

Fitness Gear
June Is Here, and These Are the Health and Fitness Products Our Editors Are Loving
by Jenny Sugar 3 days ago