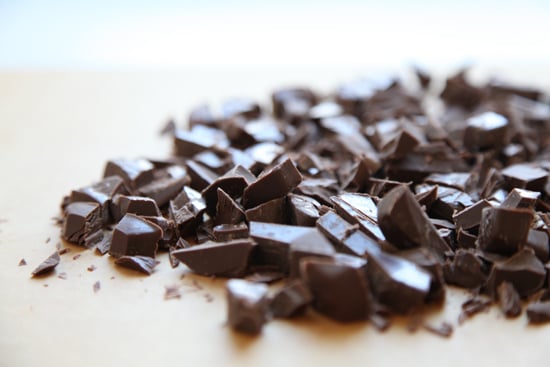 While we've long promoted the benefits of dark chocolate, a recent study has proven that it's not only good for your emotional well-being and sanity, but it actually also improves your workouts.

In a recent article, The New York Times highlighted a December 2015 study from London's Kingston University that looked at the effect a small amount of dark chocolate may have on your anaerobic abilities while exercising or, rather, your ability to breath easily while exerting yourself. The study looked at two groups of cyclists, with half of the participants being given 40 grams of Dove dark chocolate a day and the others snacking on white chocolate.

While the cyclists who ate dark chocolate did not travel much further in the allotted time than those who did not, their breathing did improve and they were able to maintain a moderate level of activity without huffing and puffing. As it turns out, this is because dark chocolate is rich with epicatechin, a nutrient that triggers a release in nitric oxide, which ultimately boosts the oxygen flow into your cells.

The researchers do recommend that you stick to the 40 grams of chocolate, about a square and a half, to reap the benefits while still avoiding weight gain. So even though we won't necessarily be hitting up SoulCycle after eating an entire bag of Hershey's Kisses, at least we can now justifiably enjoy one of life's great treasures without any of the guilt.