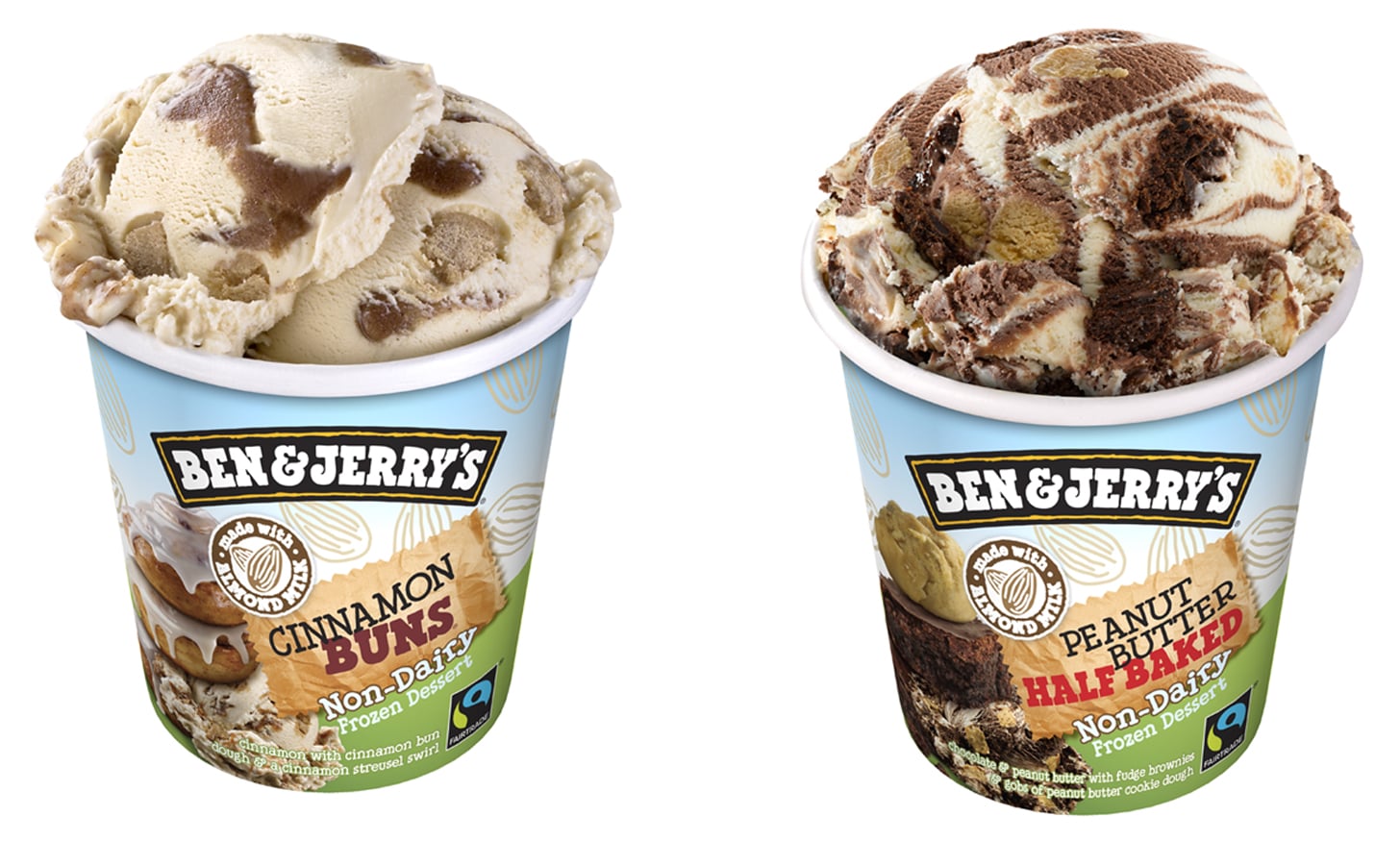 I've got good news for all you vegans out there — or for any of you who just like dairy-free ice cream. Ben & Jerry's has two new nondairy ice creams as of today, and let me tell you, both are delicious. You can now get Peanut Butter Half Baked (chocolate and peanut butter ice cream with fudge brownies and peanut butter cookie dough) and Cinnamon Buns (cinnamon ice cream with cinnamon bun dough and a cinnamon streusel swirl) in the nondairy variety.

The new flavors are made with almond milk rather than cow's milk and join the current lineup of nondairy flavors that includes Caramel Almond Brittle, Cherry Garcia, Chocolate Fudge Brownie, Chunky Monkey, Coconut Seven-Layer Bar, Caramel Coffee Fudge, and PB & Cookies. You can find the brand-new vegan varieties at your favorite grocer or you can order them directly from Ben & Jerry's.