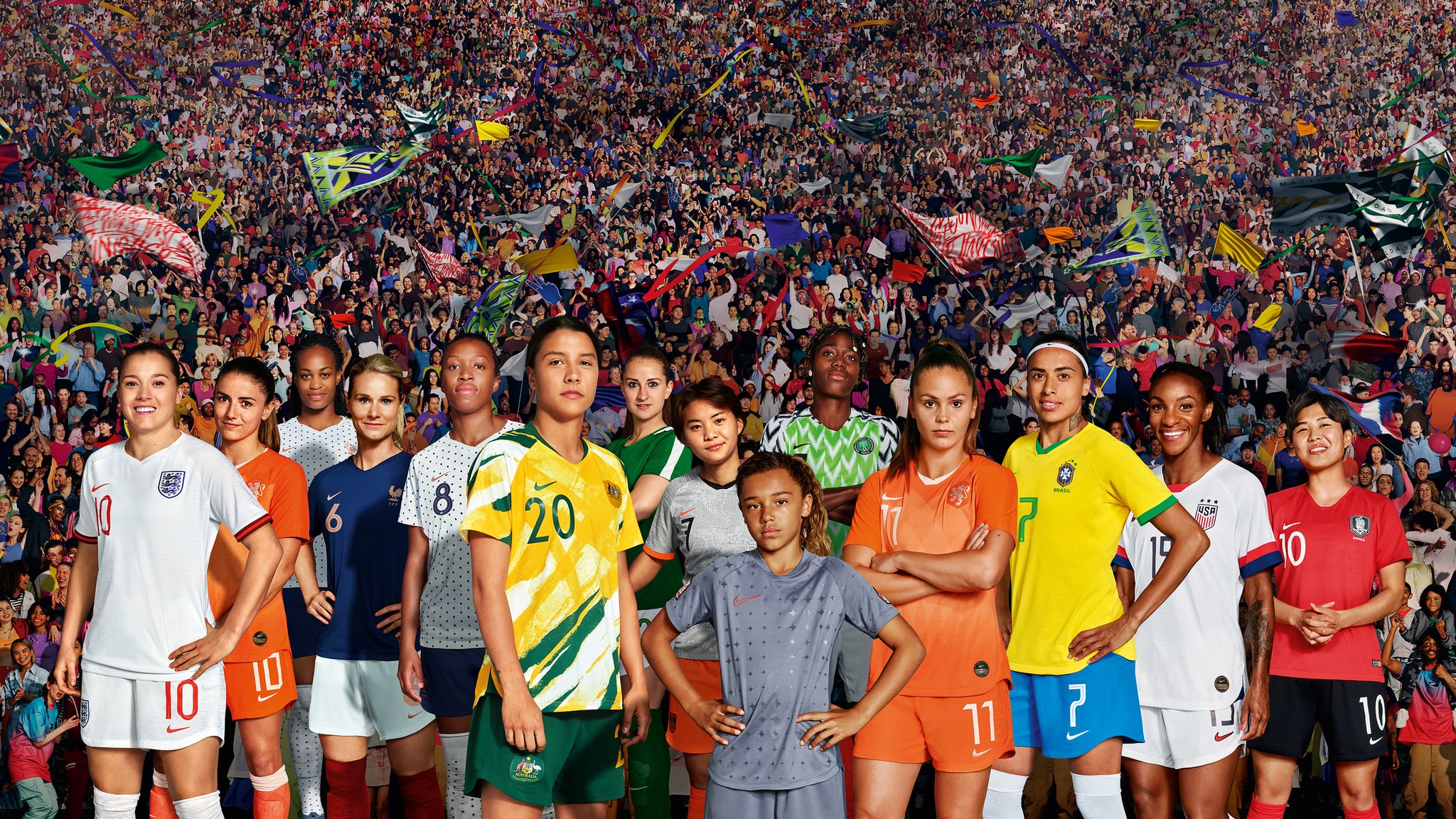 The commercial is a who's who of talented women's soccer players, from the United States' Crystal Dunn to Brazil's Andressa Alves, introducing you to the stars you'll see in the upcoming FIFA Women's World Cup. The real star of the show, though, is Makena Cooke, a 10-year-old soccer player from California. (She's in the middle of the photo above, looking ready to take on the world.) We follow Makena as she sprints, kicks, and eventually scores alongside her heroes, even holding hands with them as a nod to soccer teams' tradition of entering the playing field alongside (usually adorable) young kids. It also makes the ad a powerful metaphor, showing how the groundbreaking work done by women's soccer players today goes hand in hand, quite literally, with what future generations will accomplish tomorrow.

Related:
Meet Mal Pugh, the US Women's Soccer Phenom Who's Got the World at Her Feet

There are some fun cameos from stars like Brazilian Neymar Jr. and Gerard Piqué (also known as Shakira's boyfriend and father of her two kids), but all eyes are on the women. There's even an inspirational, forward-looking moment that imagines former English player Alex Scott as the first female Champions' League coach, spurring FC Barcelona to a goal — hopefully another glass ceiling soon to be shattered. All in all, it's rousing, empowering, and tons of fun, as we've come to expect from Nike's female-focused commercials — though it's worth keeping in mind that Nike itself has made less-than-empowering waves recently with its policy of halting sponsorship payment to pregnant female athletes. The brand now says it's committed to ending that practice.

Check out the full commercial below. If it makes you as pumped for the World Cup as we are, come hang out as we relive our favorite US Women's National Team moments and meet the players who'll be fighting for the title this year.