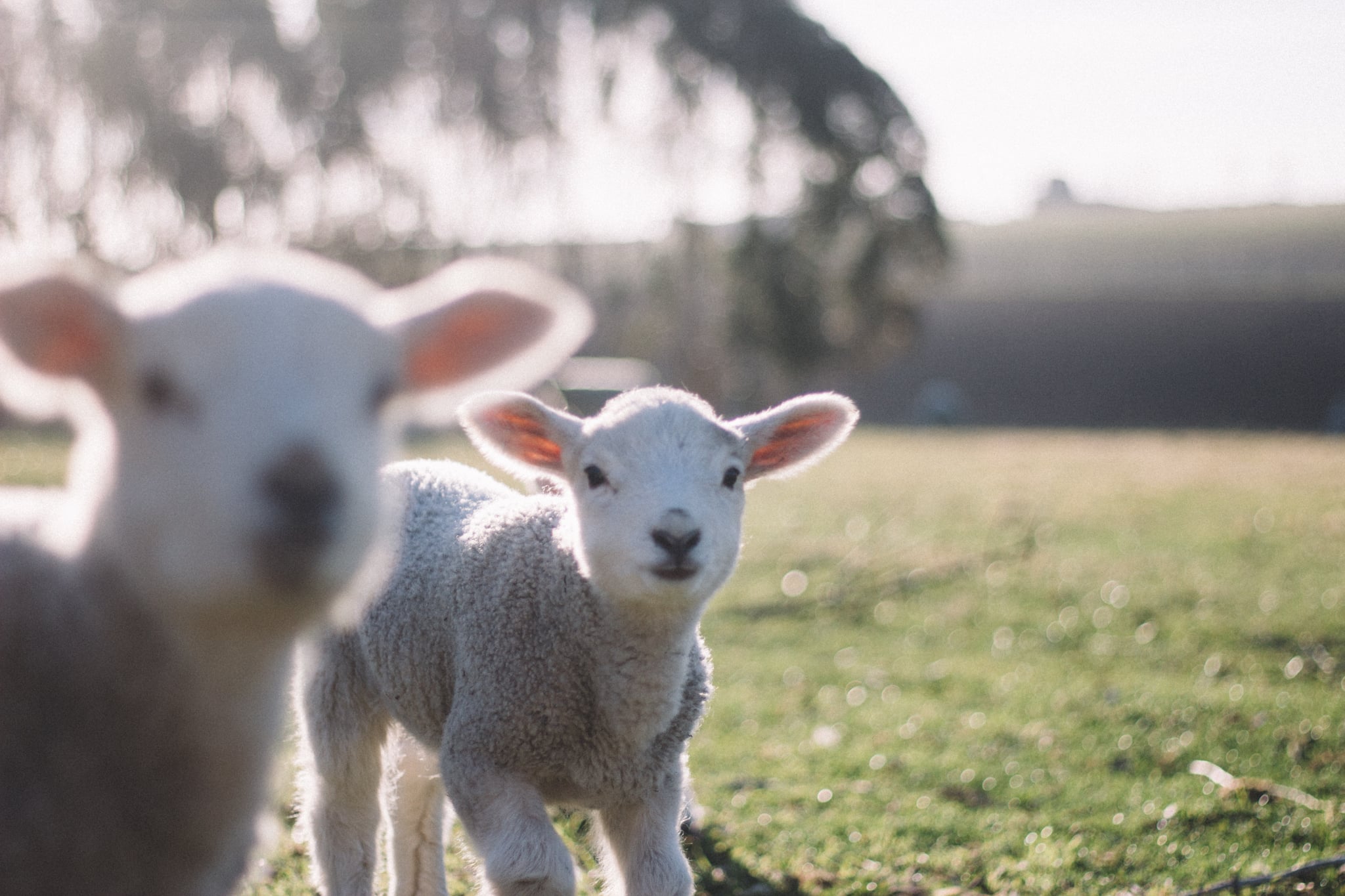 Ditching meat was pretty easy for me. Although I ate animals growing up, I avoided meat as much as my parents would allow. Even as a child, I had difficulty reconciling our consumption of some animals with our love of others — primarily because I'd shared my life with a wide variety of companion animals: cats, dogs, fish, lizards, horses, rabbits, and birds.

While I've been vegan for a few months, I took time to transition. I eased into it because I grew up living by a set of rules in a religious household and didn't want to bring more rules into my life. But eventually I realized that by not being vegan, I was ruling over others. My food choices condemned chickens, pigs, cows, and fish — animals who feel pain and pleasure just like my companion animals — to unimaginable suffering each year. I had to do something about it.

Related:
8 Reasons to Go Vegan For Your 2018 New Year's Resolution

I was raised in a fundamentalist Christian home in a rural Bible Belt town, and there were certainly good things about growing up in that culture. "Hate" was a four-letter word in my parents' house, and the phrase "I'll kill you!" was never tolerated — even in jest. But growing up in such a strict, religious, conservative, and heteronormative environment often left me feeling confined. As a young girl, I was supposed to ask for ballet lessons, enthusiastically sport pink dresses, read my Bible daily, and have crushes only on Christian boys. Instead, I asked for karate lessons, read Seventeen magazine when no one was looking, ran around in t-shirts and cutoff jeans, and secretly crushed on people of all genders and walks of life.

I've never enjoyed following guidelines I don't understand — and for many years, that's exactly how I (incorrectly) perceived veganism.

By the time I reached my late teens, simply trying to be myself felt like an act of defiance. There was so much societal pressure to stay in church, keep quiet about marriage equality, "smile more," dress modestly but femininely, keep my hair long and blond, choose a practical major, and eventually settle down with a nice guy. So naturally, I dyed my hair every color of the rainbow and then chopped it all off. I wore ties to class and experimented with revealing fashion. I stopped attending church when I left for college, and I started exploring my sexuality soon after. I eventually wrote my way out of rural America. And although it took me many years to come out myself, I grew more outspoken about LGBTQ+ rights.

I've never enjoyed following guidelines I don't understand — and for many years, that's exactly how I (incorrectly) perceived veganism. Even after becoming vegetarian, I couldn't consider a vegan lifestyle without thinking about all the rules and restrictions I grew up with — a figurative cage I'd spent years trying to escape. I thought going vegan would mean saying goodbye to macaroni and cheese, pizza, and ice cream, but I've found vegan alternatives for all my favorite comfort foods. I worried becoming vegan would change my relationship with family gatherings. Far more importantly, I feared embracing veganism would leave me feeling as confined and as "other" as I'd felt growing up in rural Missouri.

But as I learned more about the severe abuse and confinement farmed animals endure just so humans can eat cheese, eggs, and meat, I remembered something else: I had championed the LGBTQ+ community for years before realizing I was also advocating for myself, and it never felt like a sacrifice. Standing up for my friends never left me feeling resentful because I loved them and because it was the right thing to do. When I applied that same logic to the plight of farmed animals, I knew I had to go vegan. Growing up, some of my best friends were animals — and now I share my home with two cats. I've always loved being around animals, so how could I not help them? But for many vegans, eschewing animal products isn't about loving animals; it's a matter of justice and putting values of nonviolence and compassion into practice.

Every step of becoming vegan has been liberating for me, though I've definitely taken my time getting here. After spending one year eating lots of produce and eating animal products only one day a week, my bloodwork confirmed that I was no longer at risk for high cholesterol, and my doctor said, "Whatever you're eating, keep it up." About six months later, I transitioned to veganism, which led me to my amazing new job (staff writer at Mercy For Animals) and my new sunny, progressive home: Los Angeles.

Many lifestyle shifts can be intimidating at first, but adopting a compassionate vegan diet is now easier than ever — not to mention it could extend your life and help spare dozens of animals each year. Embracing a plant-based diet has expanded my world in more ways than I could have imagined. Becoming vegan has motivated me to start cooking again, which I enjoy like never before. It has also broadened my social circle. When I meet other vegans, they're usually kind, supportive, and down to earth — probably because many of us aren't strangers to feeling a little different. Researching veganism has opened my eyes to the horrors of factory farming, and I've learned so much about all the ways animal agriculture tortures animals, exploits workers, and damages the planet. Perhaps most importantly, understanding the far-reaching positive impact of my daily choices is empowering. No matter what kind of day I'm having, I know I'm making a difference.

Related:
9 Things I Wish I'd Known Before Going Vegan

It's also important to remember that you're not alone in this. If you're the only vegan in your social circle right now, Meetup.com makes it easy to find other vegans to connect with. Whether you're new to veganism or still struggling to make the switch, it's OK if you need some extra support — just head over to The Green Plate and sign up for the meal planner. Trust me, you won't regret it.

Healthy Living
What to Do If You Think You Have a New Genital Skin Tag, According to an Ob-Gyn
by Victoria Moorhouse 10 hours ago

by Ariel Baker 8 hours ago