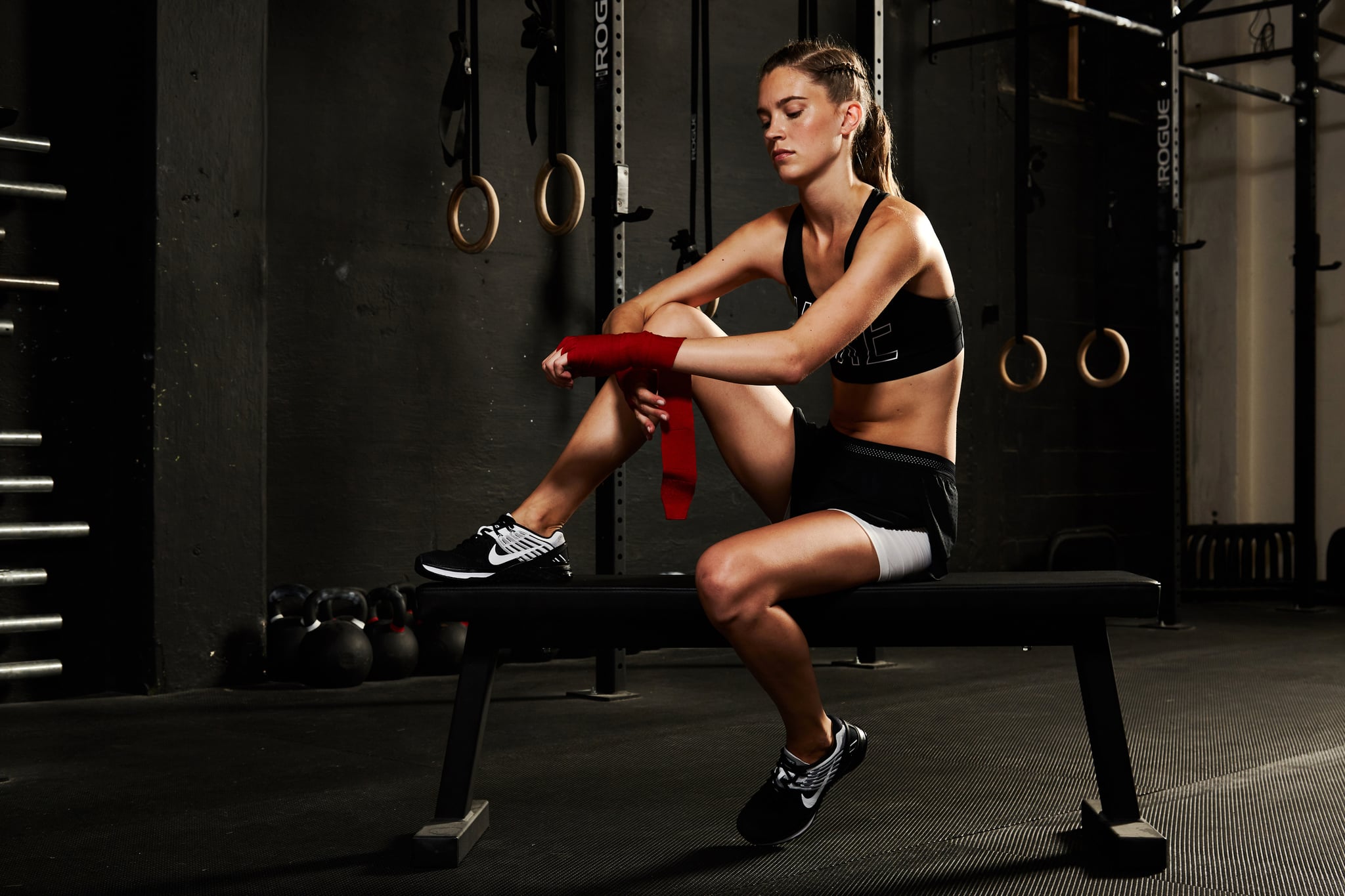 Ever since I can remember, the gym has always been an on-and-off relationship for me and one that I felt obligated to continue if I wanted to be "skinny."

The word "skinny" has haunted me throughout my life. It flashed into my head whenever I wanted to indulge in something considered "unhealthy" or when Summer rolled around and I had to try on bathing suits again. Regrettably, I even became part of the "nothing tastes as good as skinny feels" generation. When I got to college, I pasted an index card with the phrase onto my Rubbermaid bin of snacks just in case I got a little too excited to eat the granola bars I had stashed under my bed.

I was by no means living at an extreme level to where I had an eating disorder, but I would be lying if I said I didn't constantly think about what I put into my mouth and the length of time on the elliptical required to burn it off.

When I moved to Hoboken, NJ, in 2017, I was looking for a way to get back into the gym, once again, because I wanted to be "skinny." I found a women's gym that just offered classes, one of which was named Next Stop Skinny. I was pumped: this was finally the class that was going to whip me into shape.

After a few months of seeing little change on the scale and even noticing some weight gain, I was disappointed and considered canceling my membership. I thought to myself, "This class literally has skinny in the name. Why isn't that happening for me?"

What I didn't consider was that I was getting stronger and my stamina was improving. At my first class I almost passed out and couldn't hold a plank for more than a few seconds. By the time I was considering quitting, I had upped the weights I used in class and no longer felt lightheaded afterward.

Six months later, the gym changed the class name from Next Stop Skinny to Next Stop Strong. Just like that, the next time I stepped into the class, my mindset changed. Skinny was no longer important. What mattered more was the strength I was building. I started to notice and even admire my biceps in the mirror and had even built up a little bit of a booty from all the squats and lunges I had done.

As a writer, I know that words are important and choosing which words to use is truly a craft. But, it wasn't until this one small word change that I really understood how deeply a mindset can hinge on a word or phrase, especially when it comes to body image.

Since the class name change, my relationship with the gym has become consistent and no longer has anything to do with my weight. Instead, working out has become a way to jump-start my morning or clear my mind after the day. It's become a way to be proud of what my body can accomplish instead of worrying that it's not enough. It's been years since I was living by a toxic Kate Moss skinny quote, but it still takes daily work to remember that labeling your body in a certain way can really mess with your day to day life. Now, I'm happy to walk into any gym class and prove how much stronger my body gets day in and day out.