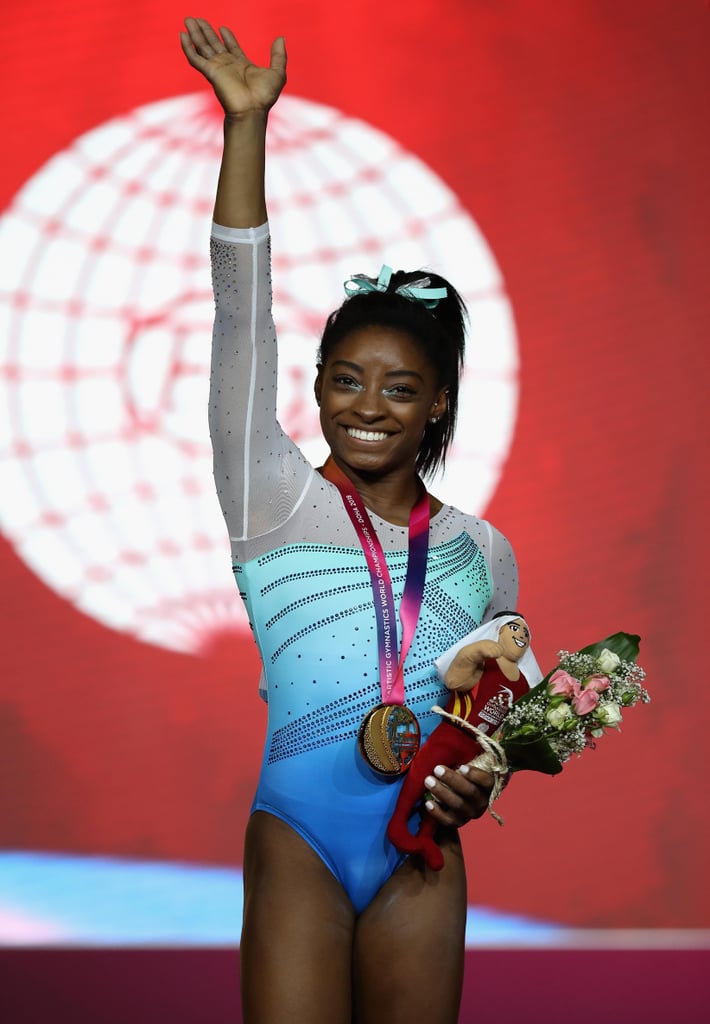 Simone Biles Wins Again, and We're Wondering Where She's Going to Store All Her Medals

Simone Biles has done what no woman has ever done before — again. Today, she'll go down in history as the first female gymnast to win four all-around titles at the World Gymnastics Championships.

For a second, people doubted whether or not Simone would take home a gold medal after falling on the vault and the beam during the all-around final in Doha, Qatar. Instead of losing her composure, she did what all champions do: she shook it off and kept competing.

At this point, Simone is arguably the best she's ever been, despite a few technical errors throughout the competition. Two days before winning the all-around title, she led the US women to a team title after discovering she had a kidney stone.

Simone won the all-around competition with a score of 57.491 points, with Mai Murakami from Japan finishing second with 55.798 points and fellow USA teammate Morgan Hurd coming in thired, scoring 55.732 points. When asked how she felt about her performance, Simone said, "It doesn't show who I am, and that's kind of disappointing." We understand her frustration, but if Simone's recent performances are any indication as to what to expect at the 2020 Summer Olympics, we're in for a treat.

Great job, Simone. We hope you're celebrating with some homemade cinnamon rolls.