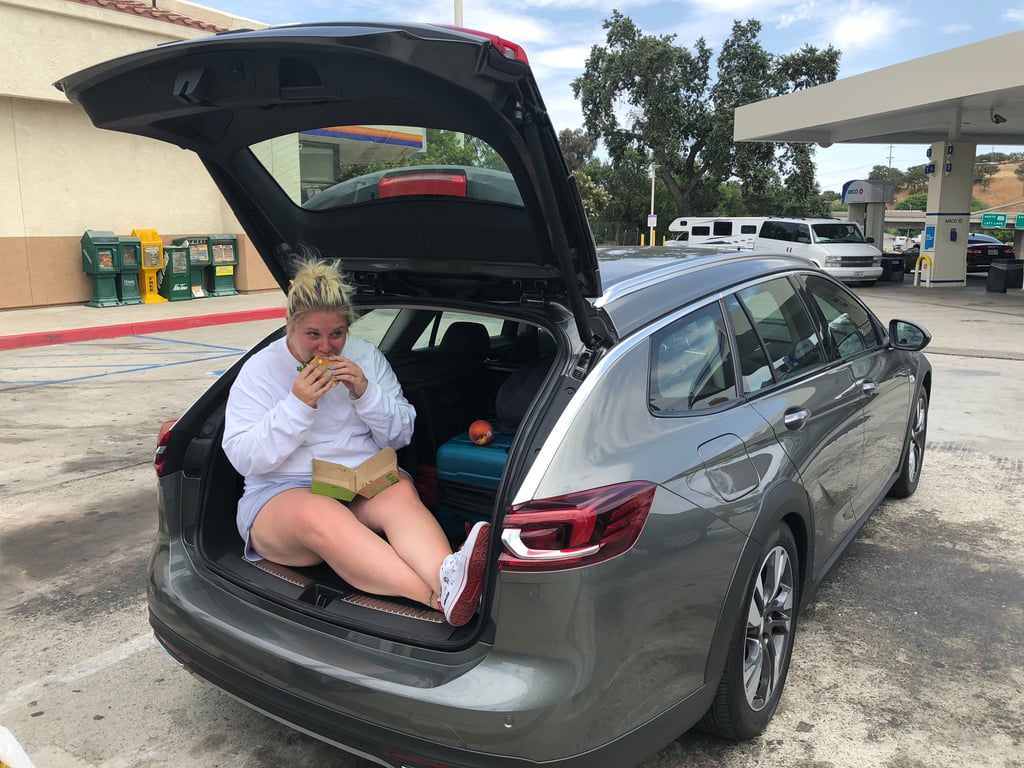 It's taken a lot of traveling for me to realize that just because I'm on vacation, I can't eat whatever I want. I'm a fan of making that excuse, but now that I'm back on Weight Watchers — again — I've tried to get those tendencies under control. I recently put that to the test when I did a five-day road trip.

I planned well in advance for all aspects of my trip, down to selecting a car that I thought was best suited. My friend and I opted for a Buick Regal Tourx because it was roomy enough to haul our luggage along with food and drinks. It also had a handy GPS system in the dash that allowed us to search for food options for dinners each night.

I packed breakfasts, lunches, and snacks in two different coolers to stash in the trunk. All the perishables were in one cooler that I refilled with ice from every hotel and all the nonperishables were separate. I specifically kept everything in the trunk so I wouldn't be tempted to snack constantly while on the road, knowing I'd struggle not to if food was within reach.

I also packed some extra supplies that came in handy. I brought a case of water with Crystal Light packets to give me some variety in my drinks, my own dishes just in case, and my own measuring cups and spoons. I wanted to be as precise as possible with the food I bought for the trip, because that was where I had the most control. I knew my dinners out would be a gamble, so I needed to keep an accurate count of my SmartPoints at breakfast and lunch.

My daily SmartPoints base is 25, and while I went over each day, it wasn't usually by much, and it was actually right around where I usually hover. As someone who's not a fan of vegetables, I tend to not eat many of them and instead opt for the food with SmartPoints, keeping me right around 25 or a little more every day. That's what the weekly points are for!

My trip was five days down the West Coast, from Seattle to Los Angeles. I had a weigh-in right before I left and another one right after I got back, and lo and behold, being careful on the road trip paid off and I actually lost just over two pounds. It was probably the first time I lost weight on vacation, and it was exhilarating! But it didn't feel like hard work, because I still ate out every night; I just had to be smart about it. For some insight on what I ate every day, keep reading.