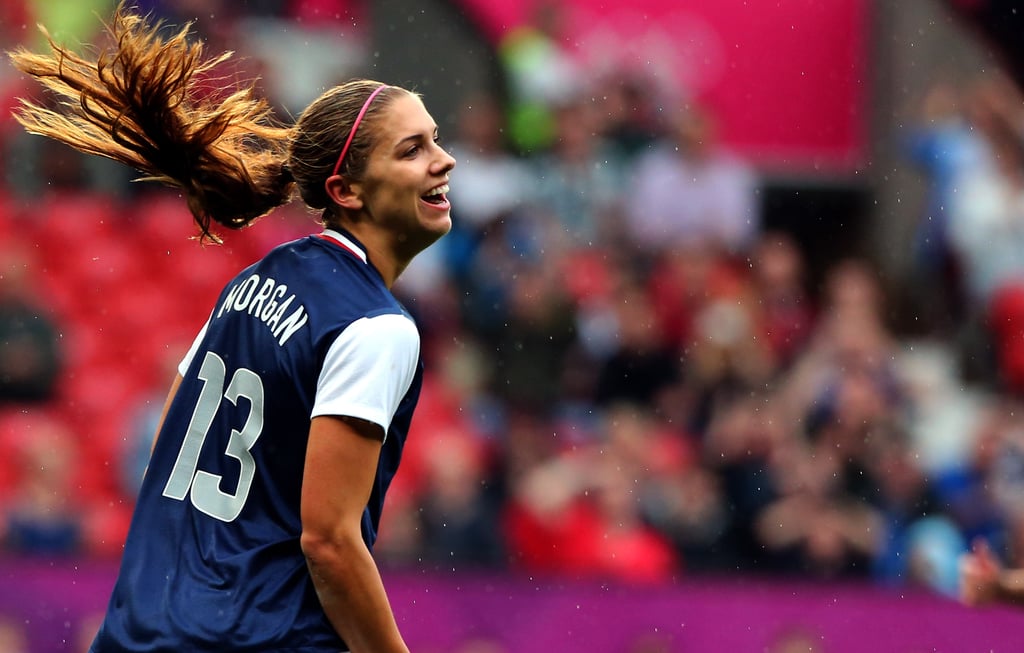 If you watched the US women's national soccer team compete in the 2019 FIFA World Cup, you probably noticed a pink headband in Alex Morgan's hair — you couldn't miss it. You would have also seen her signature accessory during the 2012 and 2016 Olympic Games as well as the 2011 and 2015 World Cups (yeah, she's got a lot of experience). The forward officially reached 100 career goals in 2019, and guess what she wore during the match where it happened? A pink headband made of prewrap.

Prewrap is thin, semisticky foam material typically used on athletes as a base layer under sturdier medical tape. It can also secure ice in place, protect skin from unwanted chafing, and — as Morgan demonstrates — act as a headband to hold your hair back. I used it all the time on my ankles at gymnastics practice (I suffered from a right high ankle sprain in middle school, which led to overcompensating on the other foot, so I taped both for years after that). It would go like this: loop two layers of prewrap around each ankle from the bottom of my shins to a few inches above my toes (without covering my heels), then follow that same pattern with regular sports tape to add support. It kind of looks like you're wearing very stiff socks, and for me, it really did help ease the impact of tumbling on floor or dismounting off bars.

Why Does Alex Morgan Wear Pink Prewrap in Her Hair?

Morgan married LA Galaxy midfielder Servando Carrasco in December 2014 after they met in college and dated for nearly seven years. They are a soccer power couple, and Morgan started wearing pink prewrap in her hair during her sophomore year at University of California, Berkeley, to support Carrasco's mother, who was battling breast cancer at the time. According to the official MLS Soccer website, Gloria Carrasco was diagnosed with stage three breast cancer in 2006 — she broke the news to her son while he trained at an Argentinian soccer camp that Fall. Gloria survived a lumpectomy, chemo, and radiation but was diagnosed with a form of uterine cancer two years later. She reportedly beat that cancer, too, according to MLS Soccer.

Ahead, check out how Morgan makes her pink headband out of prewrap (hint: it's super simple) and photos of her wearing it throughout the years on the field. We can't wait to see her wear her signature headband on the field during the Tokyo Olympics.