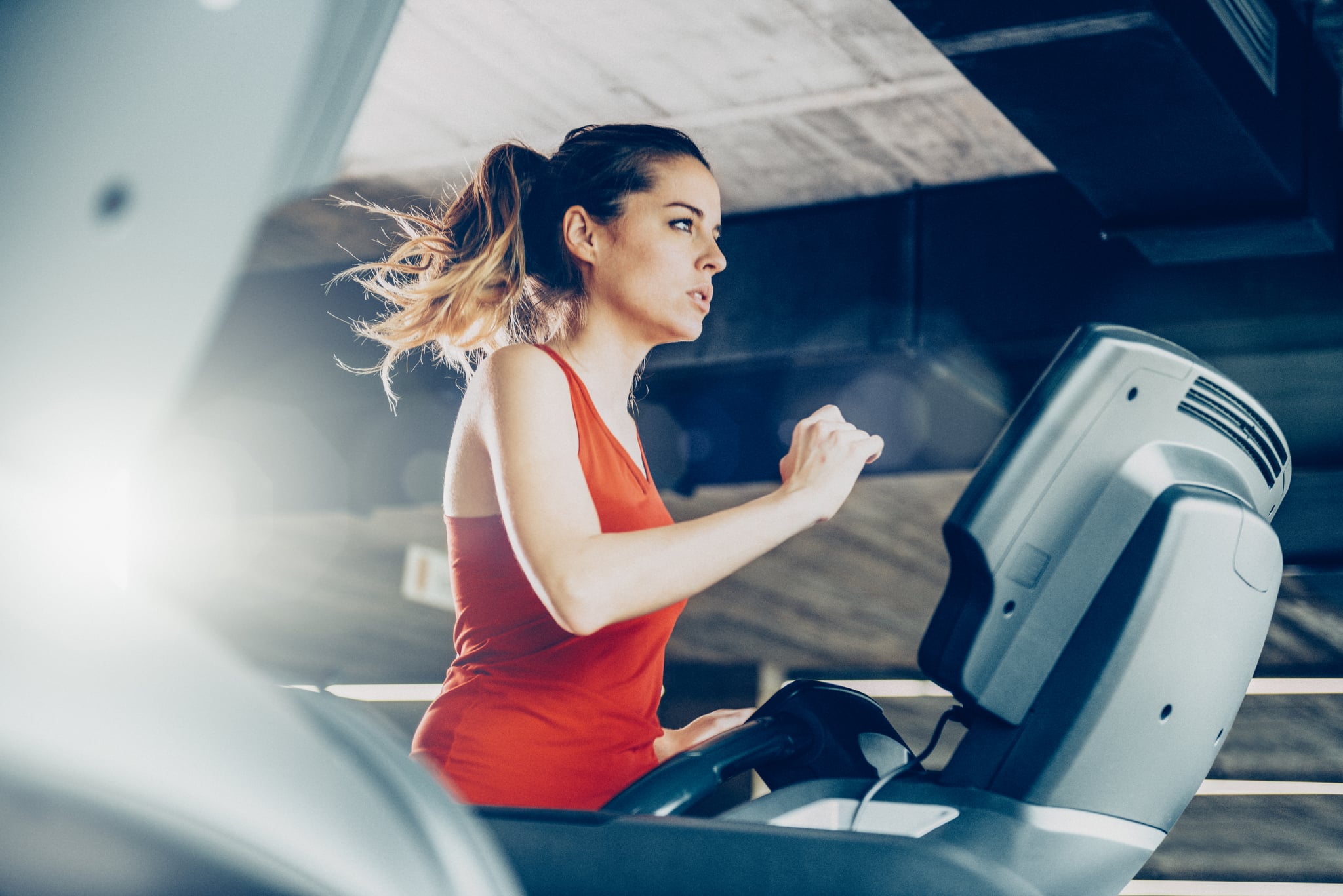 Are you tracking enough of your fitness metrics yet? No? Great! Here's another one: VO2 max. It's a measurement that's traditionally been used by elite athletes, especially runners and cyclists, but with the rise of fitness trackers that can measure, it seems, anything and everything, you might be wondering if this is another number you should be keeping tabs on. How important is it really, and what exactly is it measuring? POPSUGAR talked to Michael Fredericson, MD, professor and director of physical medicine and sports medicine at Stanford University, to find out more.

"VO2 max basically measures your maximal oxygen consumption," Dr. Fredericson explained. "It measures the highest level of oxygen you consume while exercising." The idea is that the more oxygen you're able to take in — so, the higher your VO2 max — the harder you can work or the faster you can run. And one important note: VO2 Max is a measure of your potential oxygen capacity, and it's based, to a large degree, on factors you can't change, like genetics.

A higher VO2 max doesn't always correlate to a better or faster performance, either. People with a low VO2 max might be more capable of pushing through the pain or discomfort of not getting enough oxygen during exercise — those hard-panting, muscles-burning sensations. And someone with a higher oxygen capacity might be physically capable of more reps or a faster time, but won't be able to get there mentally. "It gives you, essentially, an idea about what your potential is," Dr. Fredericson said, but your actual performance might be much different.

Related:
If You Want to Burn Fat During Your Workout, This Is What Your Heart Rate Should Be

How Do You Measure VO2 Max At Home?

VO2 max is typically measured in a lab. You'd be asked to run on a treadmill or cycle on a stationary bike at maximum effort while doctors monitor your heart rate, blood pressure, and oxygen consumption.

"That's the only way to get a completely accurate measurement," Dr. Fredericson explained. If you're just looking for an estimate, you can use an online VO2 max calculator, where you'll enter running or cycling times along with information about your weight, heart rate, and gender. Though the online calculators aren't nearly as accurate as a lab test, they'll give you a good estimate of where you're at.

VO2 max is based on a lot of different factors, many of which are out of your control, which can make it a frustrating thing to track. Dr. Fredericson said that it's helpful for some elite coaches and athletes, who may need to know exactly what level to work out at and how hard to push themselves to reap the maximum rewards. "But for the average person, it's more of a novelty," he said. "It's a cool thing, but I don't know that it's really going to make that big of a difference for the average athlete."

Related:
These Reasons to Work Out Have Nothing to Do With Getting a Perfect Body

The most helpful information you can get out of VO2 max, according to Dr. Fredericson, is a precise measurement of your maximum heart rate. This is especially good to know if you're more new to exercise, he said. You can set heart rate goals for yourself during workouts and aim to surpass those numbers as you get more fit. And in terms of more general health, a 2016 review by the American Heart Association said that low VO2 max — low amounts of oxygen consumption during exercise — could be connected to conditions like heart disease, dementia, some kinds of cancer, and depression.

If you're looking to up your oxygen capacity, whether for overall health, faster times in a race, or less discomfort during workouts, Dr. Fredericson recommended doing HIIT workouts and any other kind of high-effort interval workouts, like sprints in running, swimming, or cycling. He also recommended paying closer attention to your rate of perceived exertion to tell when you're reaching maximum effort and heart rate. Listening to your physical cues and pushing your potential that way can be just as effective as playing it by the numbers.