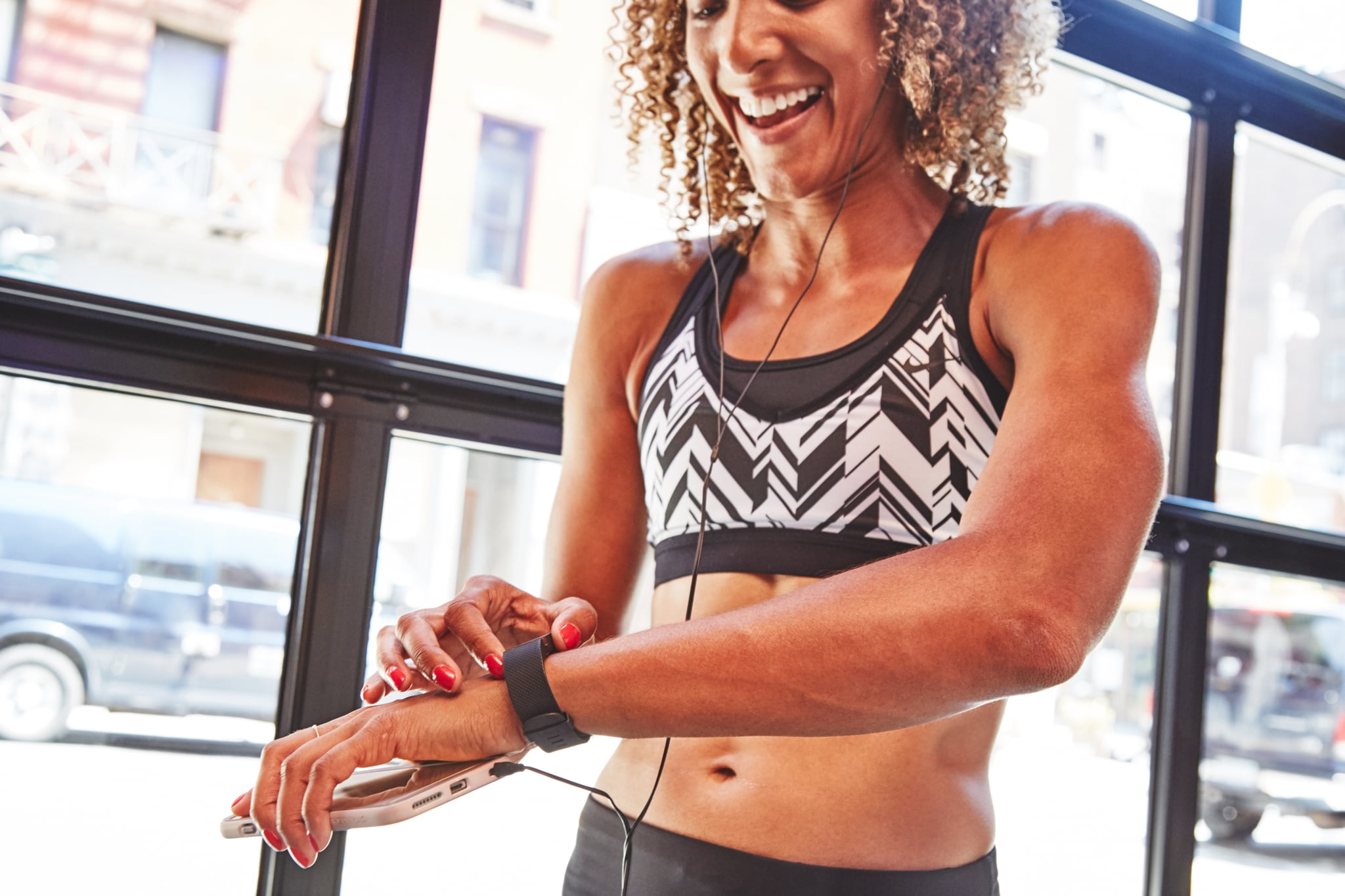 This may come as a shock to you, but being at a desk all day for work means . . . you're not moving. Try to control the feelings of horror; I know this is a lot to take in.

Sarcasm aside, yes — I knew that by working at a desk job, where the emphasis is on sitting down and writing all day, I wouldn't be moving as much anymore. But I didn't fully realize the gravity of the situation until I slapped a tracker on my wrist last week.

It all started with a shiny new Fitbit Alta that I received at an event. I had no idea what to expect when I opened the box (to be honest, I just assumed it was a pedometer) and went in with a super open mind. I learned about the tracker's capabilities and my nerdy brain was immediately enthralled; I love data and was excited to analyze movement (and sleep!) in a new way. "This will be great!" I thought. "I'm so active, this little band is going to be like positive affirmation . . . ON MY WRIST!"

But the first day tracking my movement came with a shock that perhaps shouldn't have been much of a shock: I wasn't actually moving . . . like, at all. I went from an event in the morning straight to the office — in an Uber. From there, I sat at my desk all day, only got up a few times to go to the bathroom and grab food that was just downstairs, took the train home (more sitting!), and walked a few blocks back to my house. Grand total: 1,898 steps.

To someone who had no frame of reference in regard to step goals, this seemed like a decent amount; then I realized the average recommended amount is 10,000. I hadn't even made it a fifth of the way to the recommended average (insert Keanu Reeves *whoooaaaaa!*).

Ten-thousand steps equates to roughly five miles, which, when you think about it, isn't all too much for a full 12- to 16-hour day. And those 10,000 steps can have a serious impact. Celebrity trainer Harley Pasternak noted it as one of the top three ways to lose weight, and we spoke with one woman who lost over 100 pounds by starting with 10,000 steps per day.

I consider myself pretty active; I work out five to six times per week, I love to go for runs (I'm running my fifth half-marathon at the end of July), and even on days when I'm not exercising in the traditional sense, I am still pretty mobile and love hiking, biking (very casually), exploring, and anything to do with swimming and water sports.

It was a hard thing to realize that those activities only make up a fraction of my week, especially compared to the amount of time I'm not active. Like I said, it's obvious that sitting down at a desk = no movement, but the disparity was now dramatically apparent — and there were numbers to back it up.

To be honest, I never thought I'd get a wake-up call from a step tracker. It might sound silly, but seeing my stats all laid out really was my wake-up call. The numbers (although not a hard and fast quantifier for all activity) put so much into perspective. I'm now acutely aware of just how sedentary I can be on an average day.

Am I going to be pacing my house trying to get to a specific number or goal? Heck no! I don't think that's the point, either. My goal isn't a number of steps; it's simply to counteract the sedentary nature of my job to keep my body performing at its best.

As I write this, my wrist is buzzing, saying, "Let's move!" — reminding me to get up, work my legs a little bit, and use this time to walk away from the computer. Armed with data, a new perspective on my everyday life, and a shiny new fitness tracker, I'm ready to make moves — literally and figuratively — to keep myself active, even in small ways.

by Jenny Sugar 30 minutes ago