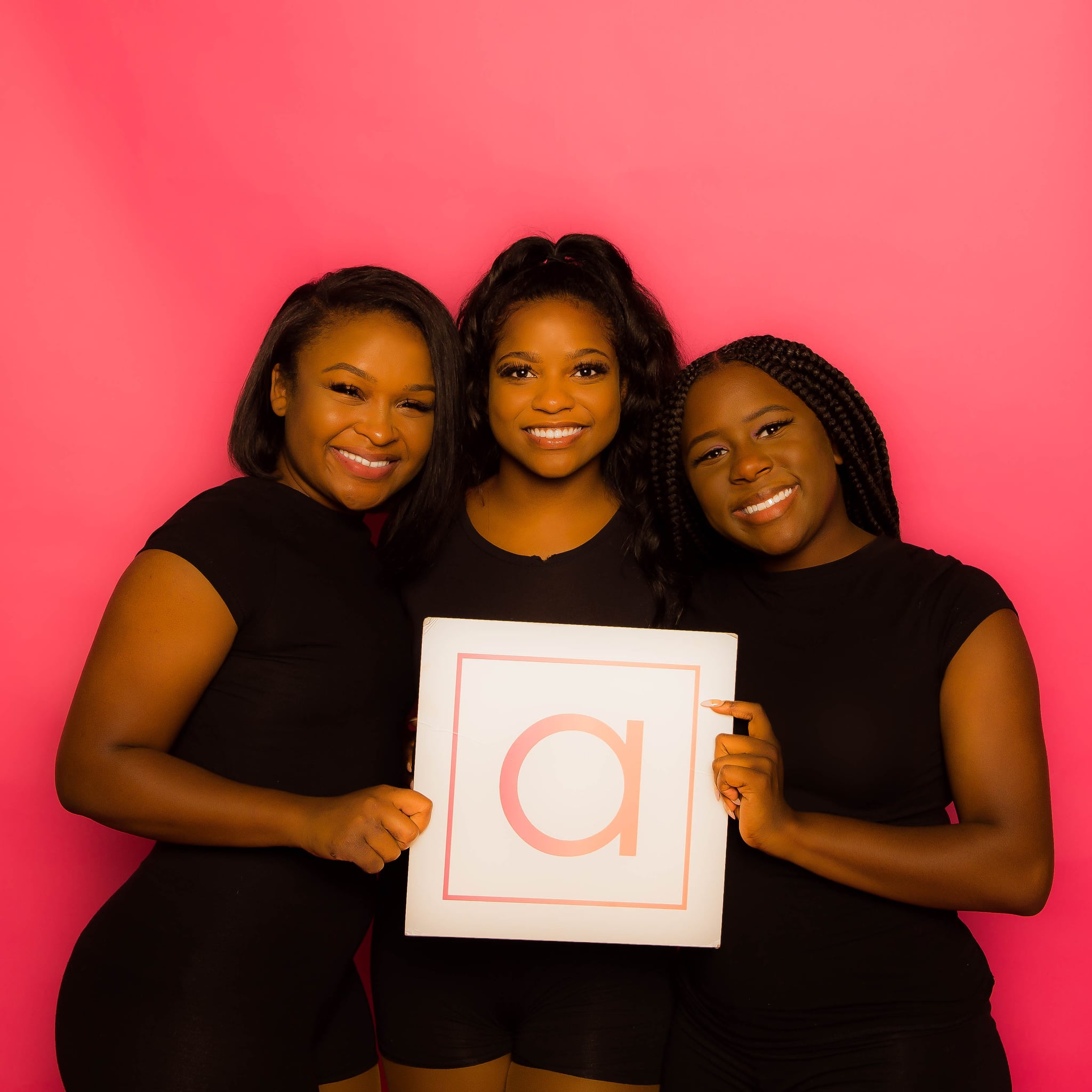 Jasmine Snead used to dye her tights in what she calls "Frankenstein type of experiments." As a figure skater for over two decades, she would use tea or, later on, fabric dye, because companies just didn't sell options in her skin color. She and friends Imani Rickerby, who spent 13 years competing as a synchronized ice skater, and Sydney Parker, a competitive dancer since the age of 5, all experienced marginalization in their respective sports — and this occurred in part because the clothing they wore made them feel like they didn't fit in. That's why their brand, Aurora Tights, came to be. They wanted to make a change for future generations of performers.

Snead said she was fortunate enough to start out at a rink that was, as she calls it, "extremely diverse." It wasn't until when she was in her early teens and went to different facilities with more resources that she noticed she was "one of the very few people who looked like me." Snead explained that at competitions specifically, she'd notice that she would "withdraw within" herself once she perceived herself to be an outsider.

Rickerby, on the other hand, said her family was the only Black family at her ice skating rink, and she was the only Black skater on her team. In a personal essay published last year, Rickerby noted that seeing pictures of herself with "pale mesh" and makeup "seven shades too light" was "a screaming reminder that I do not belong in this sport."

Parker, like Snead, said her dance team was predominantly Black when she was younger. That changed in high school, and though she describes this time as the highlight of her dance career due to the team's top ranking, she wasn't too happy with how she had to present herself on stage. "I felt really high in my skill, but not always in how I looked because the apparel, the makeup, the way that we did our hair, was pretty much for a white girl and a white skinny girl," she explained. "Even though my coaches really cared about me, I don't think they knew how to create that inclusive environment, and they didn't always get it right. And one of the ways they didn't get it right was in the tights."

Feeling like they didn't belong at one point or another in their athletic careers made them want to do more and to cultivate the sense of community and confidence that comes with wearing tights that actually match your skin color. Aurora Tights was founded in 2018, and the company currently offers tights for children and adults in five light/medium to "deep" shades named after people who inspire them: Diamond, Candice, Amber, True, and Lily. They're looking to add more shades in the future — and they have a list of names ready when they do.

"Usually, when you go on makeup websites or websites for other types of apparel, they'll say 'caramel' or weird coffee names or candies. It's like . . . no, my skin is not something you can eat," Rickerby stated. Instead, they wished to name their shades after athletes or those who have supported them along the way. "It's a reminder of why we're doing Aurora Tights," she said. "It's for our community who also participate in the sports that we love so dearly."

To find your shade, you can order a set of swatches from Aurora Tights for $5. Or, you can send pictures of yourself to the team and they can help you find your shade if you'd rather not buy swatches. But, the women are developing an app they hope to release next year where you can match yourself virtually to your Aurora Tights shade. They also want this app to be a tool for performers to track lessons and connect with other athletes.

Aurora Tights sells some athleisure on the site as well, but in the near future they're going to be adding new styles of tights such as over-the-boot tights that cover ice skates (right now, footed and transition styles of tights are what's sold on the site). In addition, they want to expand their sizing and also broaden into body liners and shoes for diverse skin colors because, as Parker said, "you don't want to just have one piece of the puzzle."

They additionally aim to continue building the social impact arm of Aurora Tights, For Athletes By Athletes, which they eventually plan to evolve into a nonprofit aiding with access for athletes of color who want to get involved or stay involved in these sports. Snead said they know the lack of diversity is not just due to performance wear — it also has to do with financial barriers and resource issues, too.

For Athletes By Athletes hosts seminars on creating inclusive environments and also donates gear care packages to performers. That social impact group will be hosting Perform in Color, a virtual showcase currently scheduled for August 17, which will feature athlete performances and speakers to raise money for the brand's nonprofit partners.

The women want their company to be a place of inclusion for all shades and sizes. "If Aurora Tights was around when I was competing, especially in high school, I think I would have been more proud," Rickerby said. Snead agreed. "To have a whole brand out there directly showing 'This is for you, you're meant to be here,' that," she added, "would definitely have boosted my confidence."