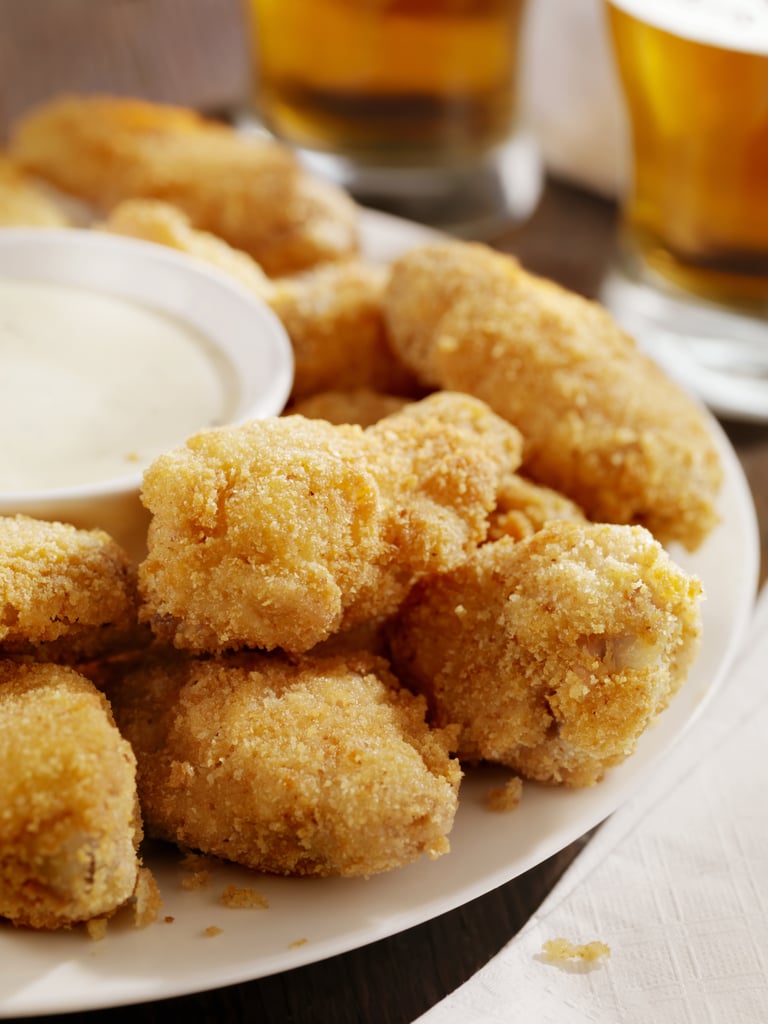 I'm not going to deny the cliché of eating copious amounts of packaged ramen in college. I had an exact method for prepping the soup — all of the noodles, half the recommended amount of water, lots of love — and made it a few nights per week my freshman year. But I quickly learned that, like any human being trying to sustain a healthy lifestyle in the confines of a musty dorm room, I needed to find better-for-me snacks I could feel good about and prepare faster than fast. Enter chicken nuggets of the meatless variety.

I'm by no means a vegetarian. I eat poultry for the most part and will indulge in some red meat on occasion, though I personally found meatless chicken nuggets to taste better than the real stuff (I tried my roommate's Tyson nuggets one night when I ran out of mine and wasn't impressed). Two brands I bought for cheap at the local Wegmans and ate regularly were MorningStar Farms Chik'n Nuggets and Quorn Meatless Nuggets. The MorningStar Farms nuggets are made with soy protein isolate, whereas the ones from Quorn feature Mycoprotein, a fungal protein. Note: MorningStar Farms is advertised as vegan, and Quorn has its own separate line of vegan products.

Both brands do a great job of creating a light breading that holds together when the nuggets are baked in the microwave or oven. It's not crunchy, per se, but it's crispy and the "meat" is tender. In college and over the years since, I've added these to salads, dunked them in ketchup, and devoured them whole after a night out (with plenty of water!). The MorningStar Farms and Quorn nuggets each have 12 grams of protein per serving, which makes the convenience of heating up these frozen bad boys even better. I can have my protein, and I can have it fast! Ahead, check out a breakdown of the nutritional info for each brand. They're college- and real-life-approved!

Healthy Living
What Is Cardiac Angiosarcoma, the Cancer That Killed Fashion Designer Virgil Abloh?
by Jenny Sugar 3 days ago