My girl Normani and I are always serving off the court, but what about on the court??? 🎾 Tennis Pro Taylor Townsend is helping us become tennis champs. Watch out #FrenchOpen, we’re comin for ya 😈 #CardiTries

Cardi B puts her hand-eye coordination to the test in the latest episode of "Cardi Tries," a series where the star, yes, tries things for the first time. After testing her survival skills, stepping into the ballet studio, officiating a wedding, and giving her husband, Offset, a tattoo, Cardi B invited Normani onto the show to play tennis for the first time — with some help from professional tennis player and 2012 junior world champion Taylor Townsend. "We need all the help that we can get," Normani tells Townsend as they crash her children's tennis lesson.

Townsend starts the pair off easy, teaching them to balance the tennis balls on their rackets. "This is a little bit more difficult than I thought," Cardi B says, attempting to flip her racket back and forth. "I can barely flip a pancake perfectly." Once they've each had a few tries, Townsend gives them some pointers on stance, instructing the duo to keep their feet shoulder-width to hip-width apart for better agility.

"Clearly, we showed up. We did what needed to be done, and we got the trophy."

After several pleas to go home — including a nap break on a bench — Cardi B sticks it out with some encouragement from Normani and learns positioning fundamentals, backhand techniques, forehand techniques, how to grunt, and how to serve. While Normani almost hits the coach and Cardi B sends a ball hurtling straight for a nearby camera, they both manage to dish out some impressive serves. "You surprised me," Normani tells Cardi B before the pair join Townsend for a rally on the court.

Later in the episode, the pair join the kids in a 60-second race to collect all the tennis balls on the court — a hazard for Cardi B's manicure but an excellent lesson in stamina. "Blood, sweat, and tears. We had a great coach, though," Normani says. 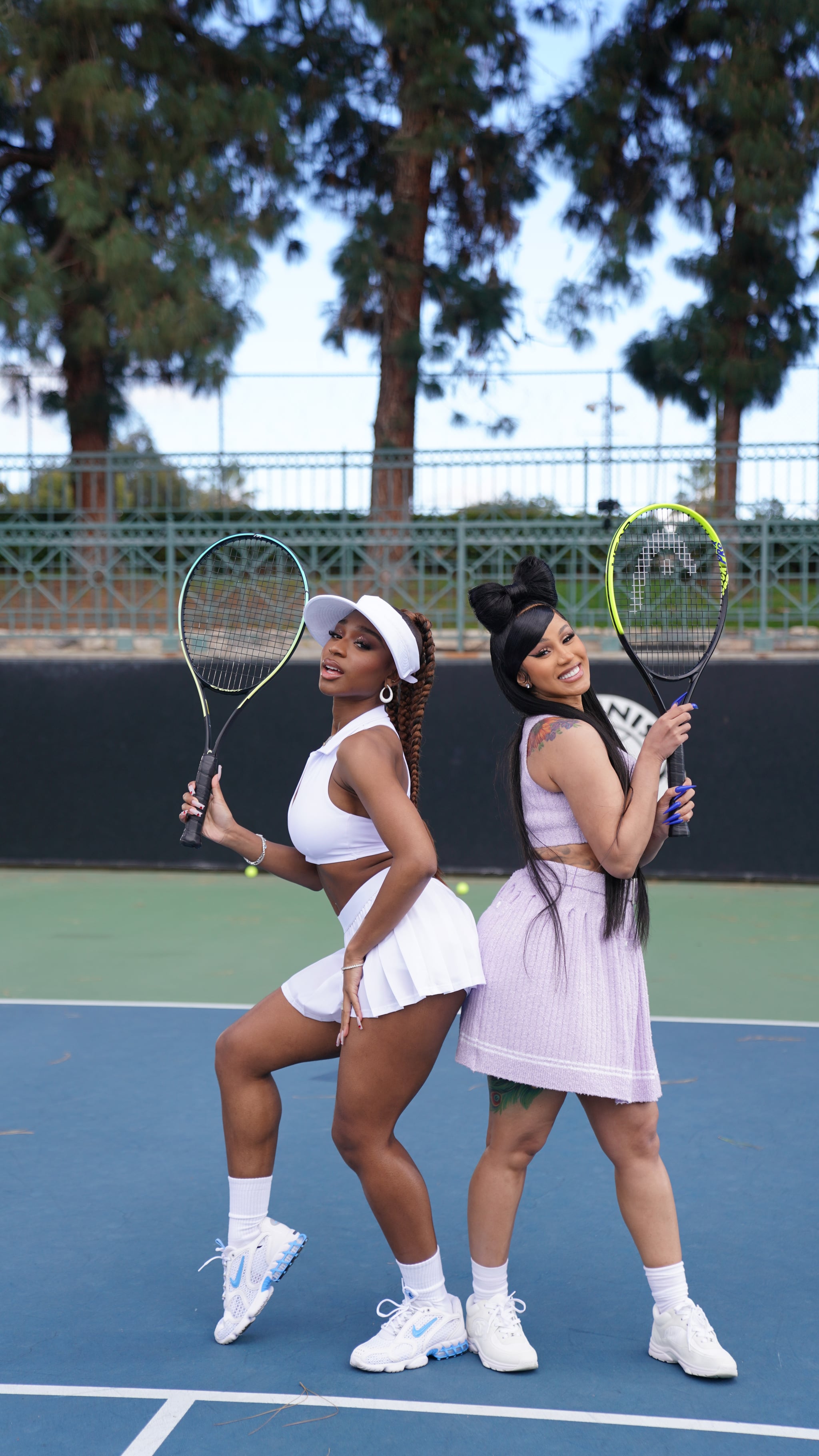 Cardi B and Normani squeezed in their lessons just days before the French Open, which runs from May 22 to June 5 in Paris. Even though the duo won't qualify for the tournament, they agree they made a decent doubles team. "I think we killed it," Normani says. "Clearly, we showed up. We did what needed to be done, and we got the trophy." Cardi adds, "When you trust your partner, you can do anything. There's no 'I' in team."

Watch the full "Cardi Tries" episode — including Cardi B and Normani's postgame "press conference" — here or on Watch Together via Messenger, Instagram, and Facebook Watch.