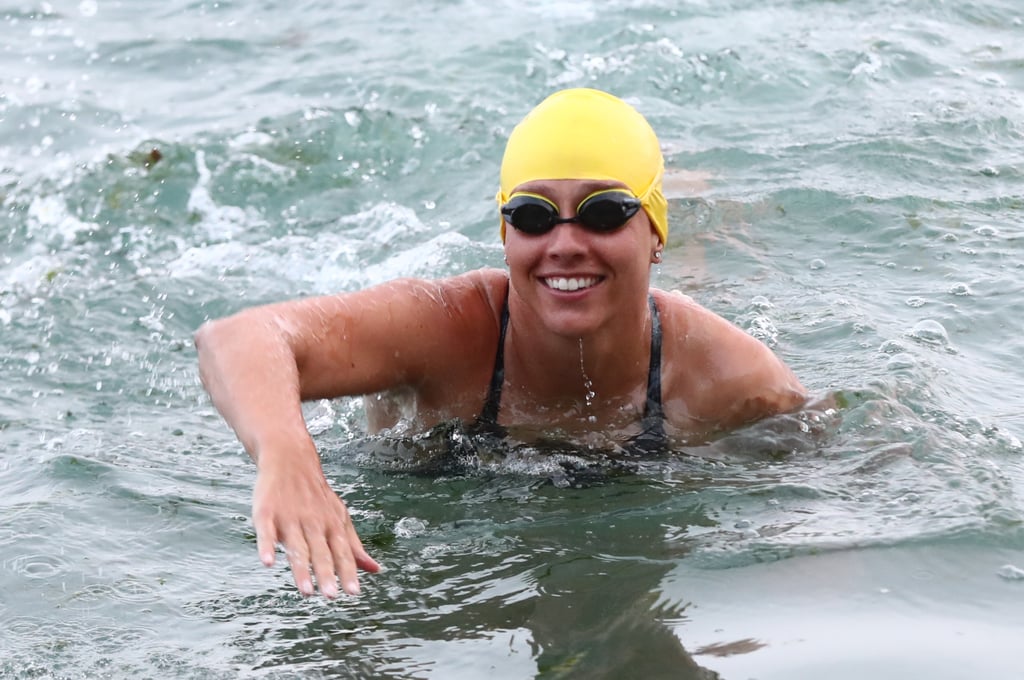 Australian endurance swimmer Chloe McCardel made history on Aug. 16 when she completed her 35th crossing of the English Channel. The 10 hours and 40 minutes of open-water swimming was a staggering achievement in its own right, but it also lands McCardel in the record books: she's now surpassed the men's record for most Channel crossings (British athlete Kevin Murphy has done it 34 times) and has the second most in history behind British swimmer Alison Streeter, who has completed 43 crossings.

"Every time I swim the English Channel, it's a special experience," McCardel told Australian news program Sunrise. "I'm particularly in gratitude this year." With coronavirus travel restrictions in place, McCardel wasn't even sure if she'd be able to leave Australia or be allowed to swim the Channel, which stretches 21 miles from England to France. The UK is currently imposing a 14-day quarantine on travelers from France, which would have complicated her return back to England.

Related:
Chellsie Memmel, 2008 Olympian and Mom of 2, Is Making a Gymnastics Comeback

Before her swim, McCardel told the BBC that the Channel Swimming Association had given her the green light. "They said Channel swims are allowed as long as you observe social distancing when you land and don't stay on the shore for more than 10 minutes, which is standard practice for us," she said. McCardel said she was also given an exemption from the Australian government to travel to the UK for her attempt.

Incredibly, it was McCardel's fourth Channel crossing in just 16 days. "I've got a lot more muscular soreness than I anticipated," she told ITV. "I don't think I want to swim the Channel again for a while." A survivor of domestic violence, McCardel also hoped to use her swim to raise awareness for victims. "I've . . . been thinking a lot about the people in lockdown, particularly women facing domestic violence," she told the Daily Telegraph prior to her swim. "I'm proud to be able to be a voice for those who don't have one."

Check out clips of McCardel's record-breaking swim ahead.