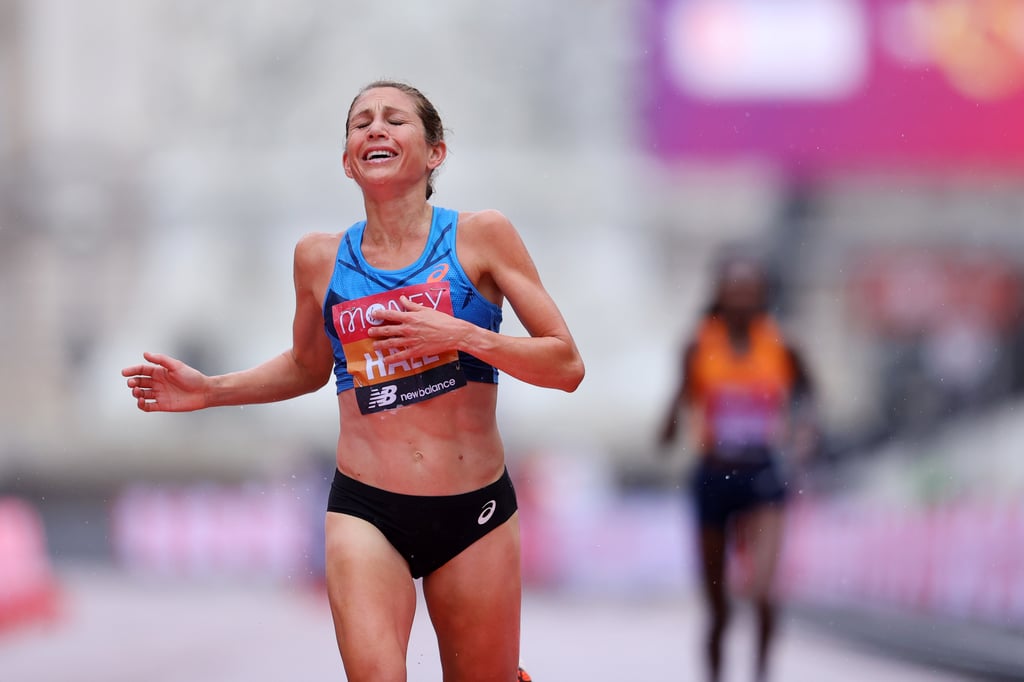 On a rainy Oct. 4, distance runner Sara Hall overtook 2019 world championship marathon title holder Ruth Chepngetich to place second at the 2020 London Marathon, where the course was reduced to elite runners due to COVID-19. Hall was unable to outrun Kenyan Brigid Kosgei, who defended her title from last year, but the American finished in 2:22:01, which is a PR for her and the sixth fastest marathon time in US history ran by a woman on a record-eligible course. This marked the first time that an American medalled at the London Marathon since Deena Kastor won the race in 2006 and also set the US record.

Hall full-on sprinted past Chepngetich in the final 150 meters, and it was an exciting last-minute push if we ever did see one. "I was fighting that whole way just catching people, and seeing the world champion there in the last lap, that definitely motivated me to give it my all," she told FloTrack. She admitted that the conditions were hard to run in and also said that it was difficult having no fans there watching. However, she explained, "when I started to feel sorry for myself, I would just say how blessed I was to have a race during this time."

When it came to her Tokyo Olympic bid earlier this year, Hall did not make the cut, but she called her performance at the London Marathon a redemption. "Keep chasing the things in your heart, even in the midst of disappointment and uncertainty," she tweeted after the fact. "It's worth it."

Ahead, check out the inspiring footage of Hall striding into second place, and see more awesome imagery from her finish at the 2020 London Marathon. She said, at age 37, that she is enjoying her career the most she's ever had — and we're sending her the biggest congratulations! 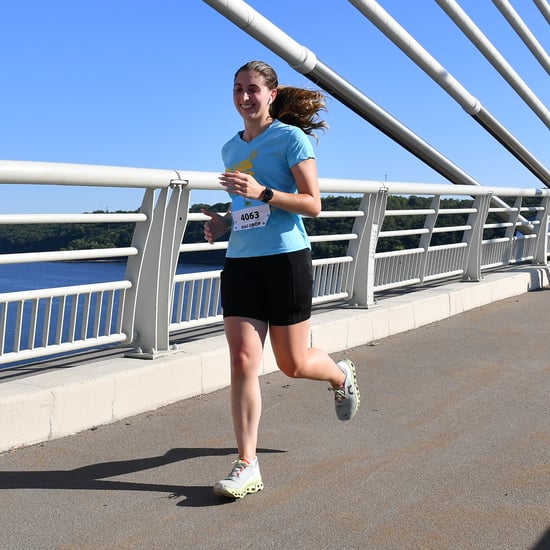