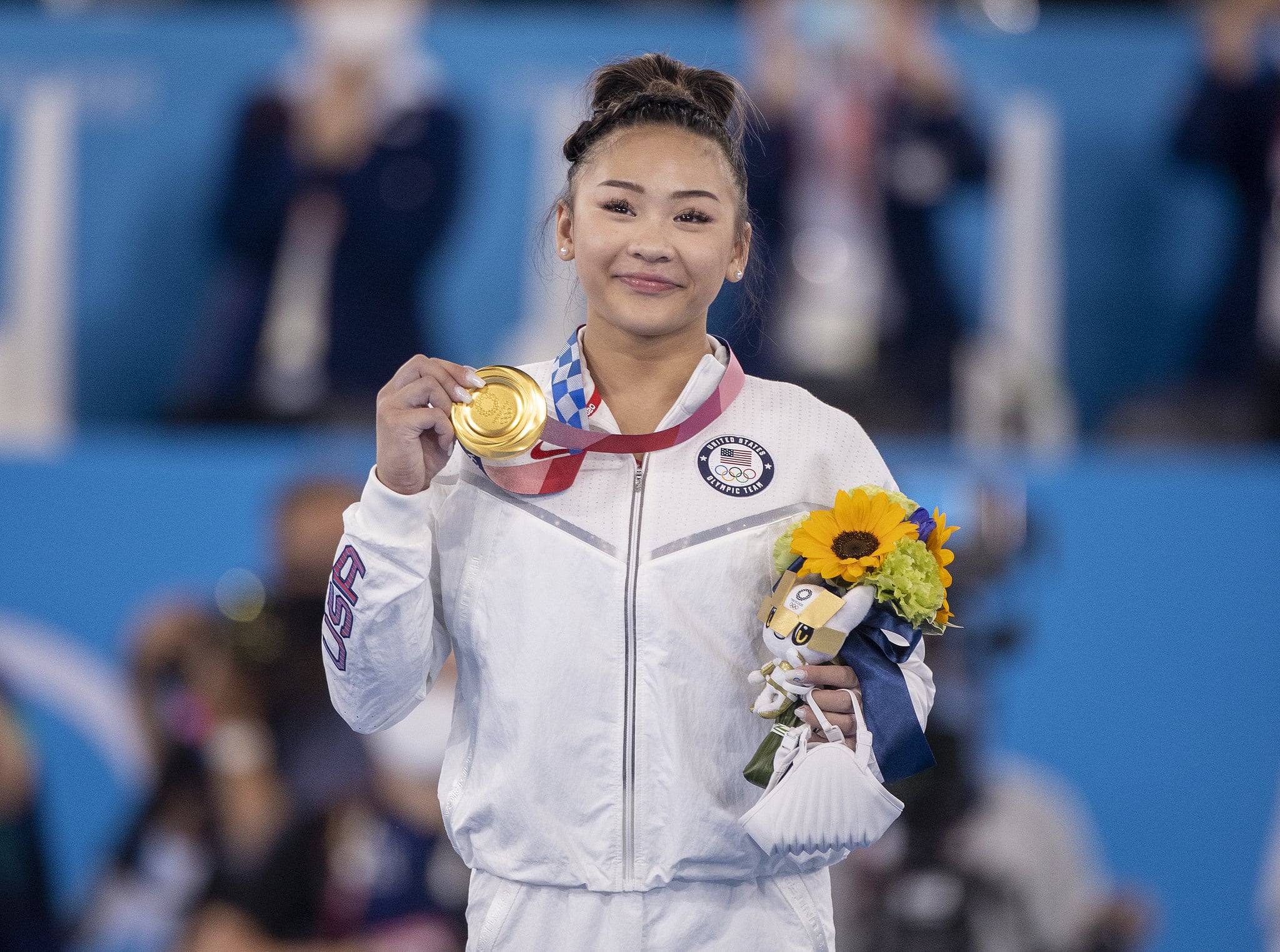 Olympic gymnast Suni Lee has a resumé of accomplishments a mile long. She claimed the all-around gold medal in women's artistic gymnastics at last summer's Tokyo Olympics and won the bronze on bars (arguably her best event) and silver in the team competition. Plus, she's the first Hmong American to qualify for the Olympics and the first Asian American woman to win Olympic all-around gold. Despite her many achievements, Lee's transition from the Olympics to collegiate gymnastics at Auburn University didn't come without its struggles.

In an interview with ESPN, Lee said that she experienced impostor syndrome. "That's exactly what I have," Lee explained. "It was very hard for me to motivate myself the first couple of weeks here because it was like I didn't want to do gymnastics, I hated it." She battled doubt about whether she deserved to win gold — doubt that "hits my soul."

Lee spoke to POPSUGAR about the mounting pressure from sudden fame in our November 2021 cover story. "All eyes are going to be on not only me, but my whole college team," she said at the time. Auburn head coach Jeff Graba further acknowledged that pressure, telling ESPN that their competitions also saw record-setting crowds.

Lee revealed, too, that she was almost driven to sit out of competitions. "I would have anxiety attacks at the meets," she said. "Like the first couple of the meets of this season, I was a wreck because it was like constant screaming my name and like, 'Suni, can you take a picture?' or 'Can you sign an autograph?' while I'm trying to concentrate." She recalled one instance where she was breathing heavily and shaking during competition warmups.

"When everybody expects you to be good for Auburn, it's really hard for me just mentally, because I already put so much pressure on myself . . ." Lee continued, adding that the extra stress makes her "just kind of break."

Lee said journaling helps to mitigate some of her anxiety (see a page out of her journal above!). Despite her initial hardships, she shines on the college-gymnastics stage, and her scores speak for themselves. She's earned three perfect 10.00s so far — two on beam and one on bars. After her first collegiate 10.00, Lee told POPSUGAR that celebrating with her team was "just pure happiness."