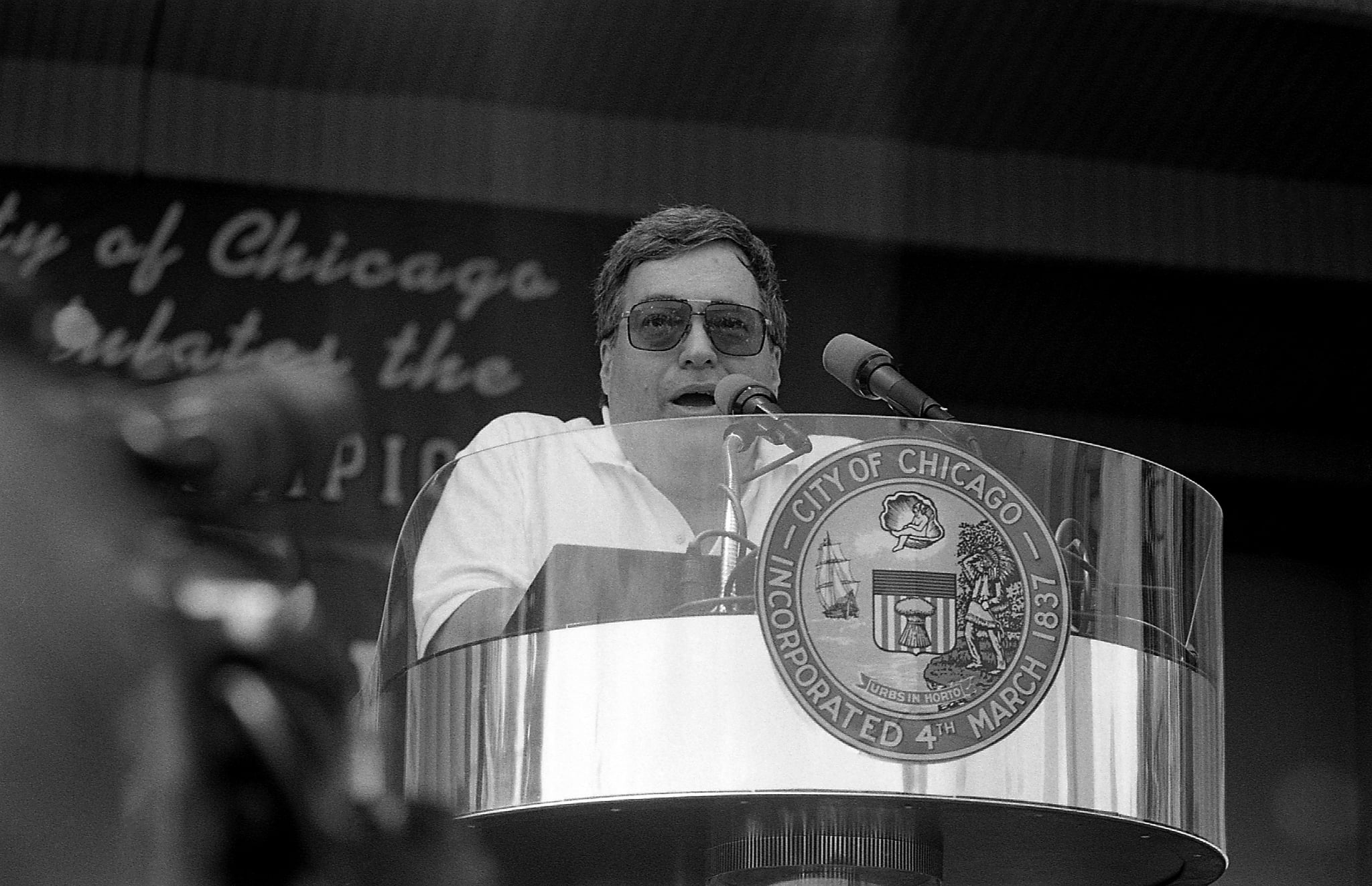 General manager Jerry Krause played a key role in the success of the legendary Chicago Bulls team of the 1990s, but as the ESPN docuseries The Last Dance shows, tensions often ran high between him and the staff and players, including Michael Jordan. You may not be surprised then to learn that Krause didn't spend the rest of his career with the Bulls — or even in the NBA.

After the Bulls won their sixth championship in 1998, and coach Phil Jackson and a number of players left or retired, Krause focused on rebuilding the team with new talent in hopes of recapturing some of that magic. It was a failed experiment: in the 2000-2001 season, the Bulls had a disappointing 15-67 record, and although things improved after that, hopes that the team would be as dominant as they were in the '90s were dashed. In 2003, Krause left the Bulls organization.

"The rigors and stress of the job have caused me some minor physical problems in the past few years," Krause said in a statement released by the Bulls at the time. "Those problems can be eliminated if I lessen my load for a while and concentrate on overcoming them. My first obligation is to accomplish that for my wife, children and grandchildren." He left the door open for a possible return, either with the Bulls or elsewhere: "I am not retiring. I'm going to take some time off and spend it with my family before making any decision on my future. I will leave my options open."

But instead of returning to the NBA, Krause shifted his attention to major league baseball, returning to the scouting career he'd had before taking on general management roles in the NBA. He had stints with the New York Yankees and the New York Mets before heading to the Chicago White Sox in 2010. According to an ESPN report at the time, Krause was hired to oversee scouting in the Dominican Republic, a system which was struggling following a scandal involving a former executive's apparent kickback scheme and manipulation of the scouting and recruitment prospect.

His time with the White Sox was surprisingly short, lasting less than a year. In 2011, he left Chicago and signed on with another baseball team, the Arizona Diamondbacks, as a special assistant in the scouting department. He remained with the Diamondbacks for several years, ultimately retiring in 2016, according to the Chicago Tribune. Krause died a year later in March 2017, at the age of 77. He was posthumously inducted into the Basketball Hall of Fame that same year.