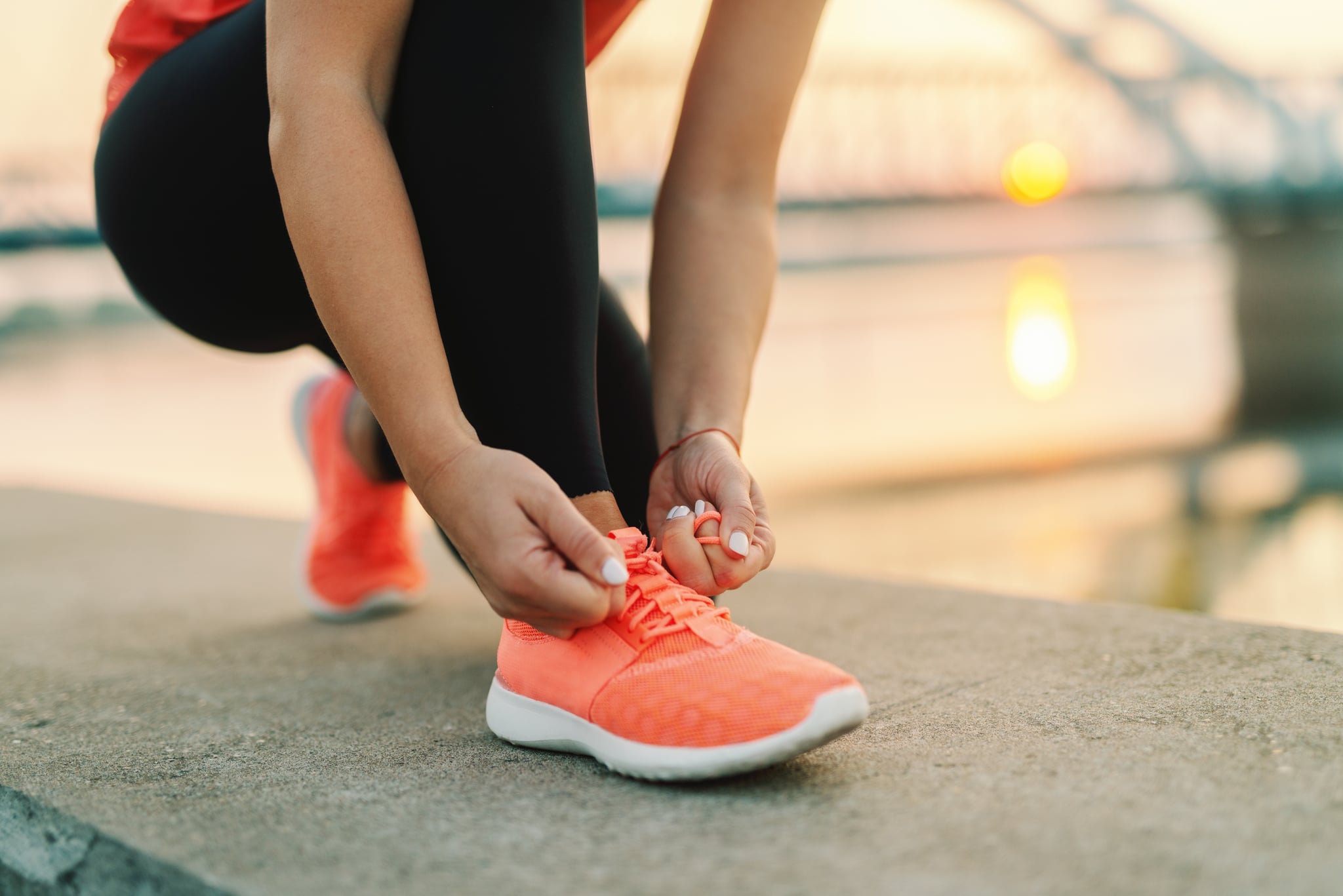 For years, I avoided running. I did all other forms of cardio — swimming, biking, the elliptical — but I didn't have a spark of passion for lacing up my sneakers and hitting the pavement. When the pandemic left running as one of my only options for working out, I gave in and quickly found myself running circles around a track, breathing in the fresh air and getting faster and faster every week. I would joyfully run at least eight miles total each week.

Last month, I decided to push my endurance even further and commit to running a 5K — which is 3.1 miles — every day for a week. I wondered not only if I could do this, but also if my love for running would stick or if it would wane when I continued to push myself. Here's what I learned after running a 5K for five days straight.

1. You Have to Show Up For Yourself

I decided to run my 5K at the same time every day — at 6:30 a.m., to be exact. It was easier to hold myself accountable that way. The first two days, when my alarm clock rang, I jumped out of bed eager to get out on the track. But as the days went on, my body was sore and I desperately wanted to press the snooze button. A big lesson I've learned as a runner is that you are in constant competition with yourself. Nobody else cares if you don't show up for a run or you don't finish your goal of running 3.1 miles that day. In running, there are only imaginary finish lines that one sets for themselves (unless you're running an actual race).

I often reminded myself that by getting out bed and running my goal for the day, I was doing something big for myself. I was also learning self-discipline and determination. In that week, those two characteristics crawled into other parts of my life. I found that I was more on top of work projects I used to procrastinate on, and I even had the courage to apply for new projects I was scared I'd get rejected from. Spending a week running this set amount helped me get out of a rut I didn't realize I was so deep in.

Related:
I Ran or Walked 1 Hour Every Morning For a Month: Here's How It Helped My Mental Health

2. Some Days Are Easier Than Others

I'm a runner, only taking running seriously for a handful of months now. Running a 5K wasn't easy for me. Some days, the run did go by fast and, even if I went at a slower speed, I felt great when it ended. Other days, I had to stop after every mile to stretch, drink water, and take a breather.

As the week went on, my body ached more and my feet started to get blisters. By Thursday, running 3.1 miles took me double the amount of time it did on Monday, and I felt exhausted the rest of the day. I wanted to give up entirely. I spent the afternoon recovering with ice packs and a warm bath. Friday's run was more like a slow jog because the 12 miles I already had run that week had settled into my body. I had never run that many miles consistently in my life.

Related:
What You Need to Know Before Signing Up For a Charity Race or Turkey Trot This Fall

3. You Have to Listen to Your Body Over Your Goals

One of the biggest things friends who are avid runners told me before I started this challenge was to make sure I listened to my body. After runs where my body didn't feel great, I did everything I could for recovery. I put ice packs on sore spots, took warm baths, ate a lot of protein, and stretched. I made sure to listen to my body, even if that meant toward the end of the week I went at a slower pace or walked part of a mile. Running can be an injury-prone sport, and I wanted to make sure that I met this goal but did it in a smart and safe way. Before I went on my run in the mornings, I would check in with myself and do a series of stretches. I promised if I woke up one morning and my body didn't feel right, I wouldn't run. Luckily, with solid recovery every night and only mild soreness, I was able to continue and complete this challenge.

The week I spent doing this was one of the most memorable weeks I've had so far this year. As someone who is new to running, being able to run a 5K every single day for five days showed me I have endurance and determination, far more than I ever thought I did. I want to continue doing this challenge at least four times a year. But I also now have a new 2020 running goal: a half-marathon.