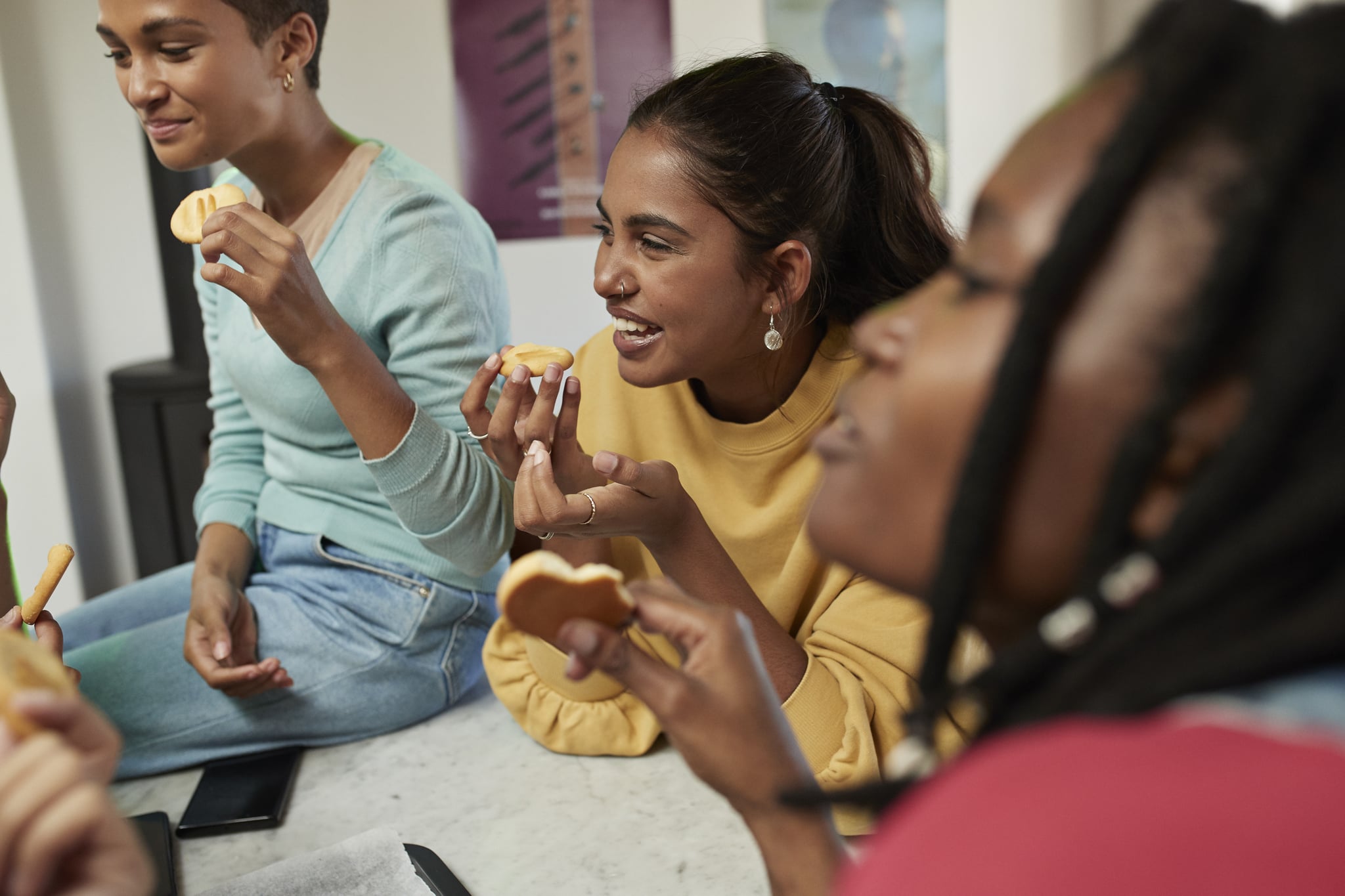 The lack of diversity and inclusion in the health and wellness industry is a serious issue and has become more of a focal point due to conversations surrounding racism and social justice throughout the US and around the world. The $4.5 trillion wellness industry (nutrition accounts for $702 billion) has centered white, thin, cisgender, affluent women since its inception, and a reconstruction is long overdue. From the cover models of fitness magazines to the stories being told and by whom, diverse voices and perspectives are rarely taken into account, let alone amplified.

Food apartheid and food insecurity are more prevalent among low-income and marginalized communities, and Black, Indigenous, and people of color are more than likely to be consistently food insecure compared to non-Hispanic whites. More diversity in nutrition won't solve the lack of access to quality, affordable foods in these communities, but the two are interconnected. Nutritional guidance is one of the many critical pieces necessary to ensure people from all backgrounds can improve their overall health. And by working with experts who are diverse and culturally competent, people can begin to improve their health without sacrificing their culture and traditions.

Related:
These Teen Ballerinas Are Advocating For Social Justice and Inclusion, and Ballet Is Their Medium

"When clients can speak to a healthcare provider that understands their culture and language, it makes all the difference in managing disease," Dalina Soto, MA, RDN, LDN, founder of Your Latina Nutritionist, told POPSUGAR.

"I think representation on so many levels is important," Christyna Johnson, MS, RDN, LD, founder of Encouraging Dietitian, told POPSUGAR. "I think being able to see yourself in a particular thing, especially as it relates to my clients . . . being able to have someone on their treatment team who has a similar lived experience of living as a Black person, living as a Black woman, living as a disabled person, living a different gender identity, sexual orientation, having someone have that experience and being able to relate to them on that level is really important," she explained. In addition to seeing yourself represented, Johnson said representation is important when it comes to contextualizing behavior and creating treatment plans.

When it comes to food specifically, "a lot of the tips and tricks that are put out there by dietitians who are not people of color are very Eurocentric, and I don't think they realize that because they're speaking from their normal," Krista Linares, RD, MPH, founder of Nutrition con Sabor, told POPSUGAR. "I think that's one of the ways that having a more diverse group of dietitians help, because then you're not just speaking to a very narrow audience. You're not narrowing down your audience just by the foods you're suggesting and naming."

When nonwhite people have to provide context to why they make certain food choices, it can create a barrier and a lack of understanding on the dietitian's part, both Johnson and Linares explained. Ultimately, there's a disconnect, "and it impacts the speed and the efficacy on which you can work on things," Linares said.

So how can dietetics become more diverse? Johnson, Linares, and Soto all stressed that the dietetic internship is one major barrier to pursuing a career in dietetics for nonwhite students. "I know a really common thing that people experience is financial difficulties because the program is expensive itself," Linares said. "The internship is unpaid, and actually, you pay to be there to do the internship."


"I think that the internship process is a form of gatekeeping, and it's going to push out the people that don't look good on paper."

"I did have to work part-time during my entire full-time dietetic internship. As many dietetic students of color have to do, because we cannot afford to take off a full year and not work while paying for a dietetic internship," Soto said. She further explained that having a job during the internship is frowned upon by internship directors. "They feel as though you will not give your all during your internship, and if you share this during your interview process, you often aren't at the top of their list for acceptance," she said.

"I think the internship matching process is probably one of the greatest barriers to people becoming a dietitian," Johnson said. She explained that currently, students have to pay for each computer mapping program they use and for each internship they apply for. A second barrier, Johnson continued, is that some students don't have the financial means to meet in person with internship directors, which can be a determining factor as to who does and doesn't get selected for internships.

"We need to fix that internship process. I think that the internship process is a form of gatekeeping, and it's going to push out the people that don't look good on paper," Johnson said. "The field has to be made more accessible to lower-income students," Soto said. One solution Soto presented is to make the internship part of the degree program instead of an additional fee that student loans often don't cover. And because all prospective registered dietitians will be required to have a minimum of a master's degree beginning on Jan. 1, 2024, this financial burden will only be exacerbated, more than likely reducing the amount of Black, Indigenous, and students of color in nutrition programs across the nation.

In addition to reducing the financial burden, it's important to have representation throughout one's experience in their preferred degree program and internship. "Internship directors need to be diverse and understanding of the barriers students of colors face, and nutrition recommendations need to be culturally sensitive so people can feel seen and want to work in the profession," Soto said.

Soto recalled a moment while she was in school where her adviser wouldn't write her a letter of recommendation for an internship because she believed her 3.3 GPA was too low and that her desire to work with her community, in Spanish, in Philadelphia wouldn't get her anywhere. "I had some experiences with dietitians that I was shadowing who treated their Latino patients in a way that I didn't think was appropriate. Either by not getting an interpreter when they were needed or making assumptions about what Latino people eat and making assumptions about their language abilities," Linares said.

In Linares's opinion, representation is important at all levels because it can prevent the feeling of not belonging and being othered. "It's not just a numbers game, it's not just about getting more diverse faces in the field, it's also about how can we adequately support people and make them feel welcomed in the space because there are little things that can really change an experience, and it can drive people away from the field."

Food Reviews
I Tried Muniq Empowerfull, a Supposedly Tasteless Fiber Supplement — Here's What I Thought
by Angelica Wilson 4 days ago