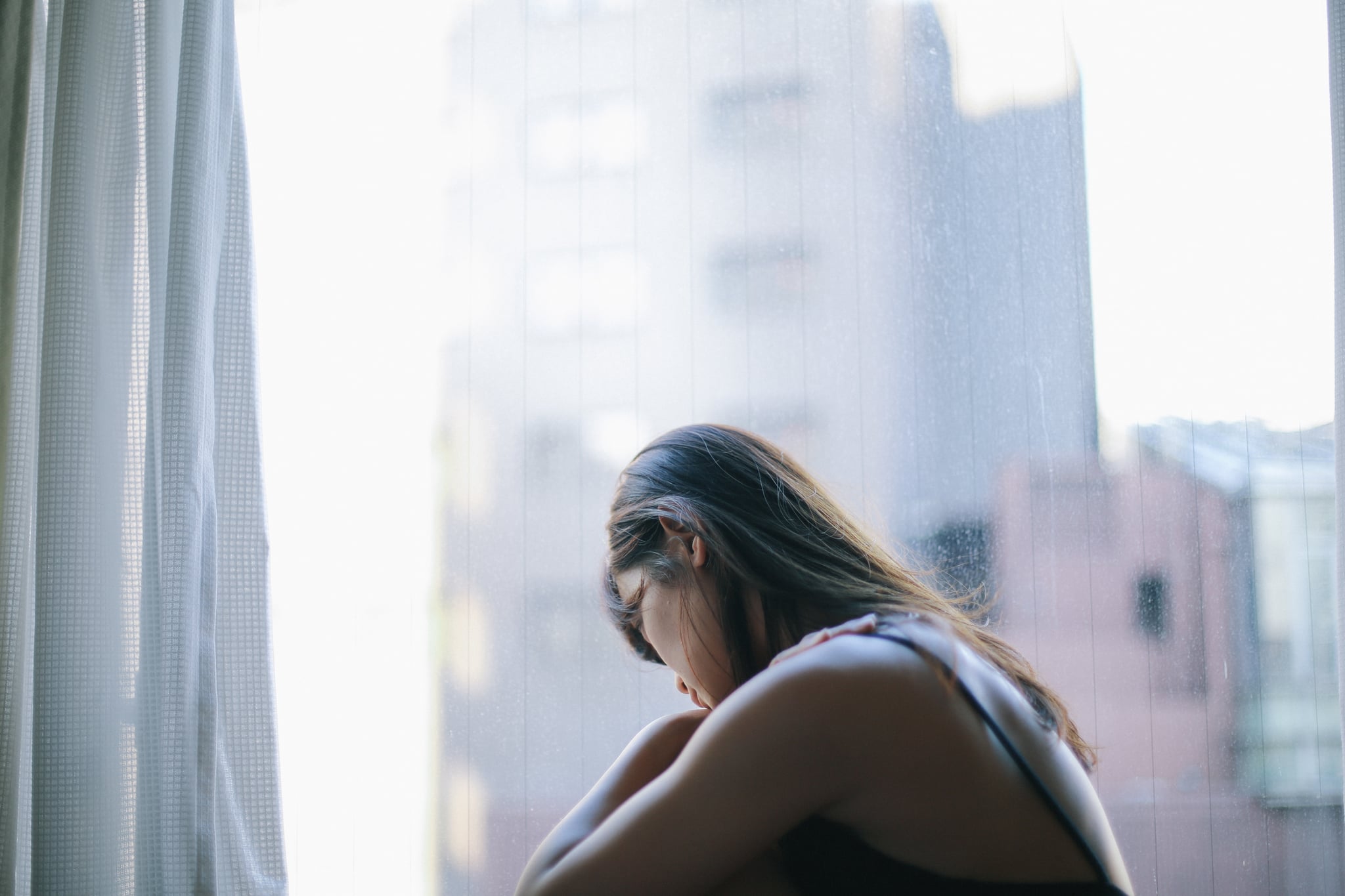 For most people with periods, the week of menstruation that comes every month isn't pleasant, but it's at least manageable. For me, the intense PMS and periods I experienced this past year caused my mental health to deteriorate to the point that it was almost unbearable. For months, I felt completely powerless over my emotions, until this past spring when I finally talked to my ob-gyn about switching birth control pills.

Believe it or not, there was a time when I was actually excited about getting my first period. I was in eighth grade, and all of my friends had already gotten theirs. Part of me longed to partake in the tampon passing and period talk that took place in bathrooms and the gym locker room. All was fine and bloody and dandy until I experienced my first menstrual cramps, after which I quickly realized that maybe periods weren't as exciting as I thought. Despite this unfortunate yet inevitable realization, life went on. I moved from middle school to high school and didn't think too much about my period — besides the excruciating cramps I continued to experience — until I started taking birth control pills my junior year.

I was originally prescribed birth control by a dermatologist for minor acne, and as an unexpected bonus, the hormones eased the cramps and bleeding. I was extremely pleased with this, as anybody who menstruates would be, and my period became something that I thought about even less than I previously had. That is, until around three years later when I was a sophomore in college.

In general, my sophomore year of college was pretty rough for me. My anxiety became much more extreme, my depression came back for the first time in years, and my environment at school wasn't the healthiest for me at that point in time. On top of all of this, I began to experience really intense, mentally and physically taxing PMS and periods. It's important to note that, while PMS and periods can vary in terms of the intensity and duration of your symptoms, there are specific characteristics that could signal a larger issue like premenstrual dysphoric disorder (PMDD). Physically, I experienced pretty typical symptoms of PMS and menstruation, such as cramps, back pain, and headaches, which were all very manageable most of the time. The biggest issue I had with my periods was how they affected me mentally, and that's what made them such a nightmare.

Every month, I experienced a mini depressive episode. As someone who has struggled with depression in the past, having to deal with intrusive thoughts and a general lack of motivation was very scary. My experience with depression in high school had been long and awful, so even the thought of falling back into it was absolutely terrifying. Experiencing this fear every single month was difficult enough, but it was coupled with other symptoms that made my periods even more unbearable. One of them was extreme mood swings, which are fairly common, but challenging and confusing. Going from sad to irritated to happy to angry in minutes is pretty disorienting. The most difficult thing, however, was not being able to tell if my thoughts and feelings were rational or not. I never knew if what I was thinking was a product of my period or if it was something that came from my rational mind. In the same way, I could never tell if the emotions I was experiencing were valid. I often had to ask friends if it made sense for me to feel the way I did in order to receive any type of clarity. The answer was always yes.

This lack of clarity made it hard for me to accept that my struggles with my period were severe enough that I needed to seek help, so for months on end, I continued to live in agony for two weeks at a time. I didn't understand what was causing me to feel this way or what could be done to help, so I tried to just keep living. After some conversations with friends and doing a bit of my own research, I figured out that my birth control could be a factor, and that switching contraceptives could potentially provide me with some relief. I kept this idea in the back of my mind for a couple months, never wanting to fully commit to it out of both laziness and a fear of negative effects from transitioning to a different birth control. Then I finally decided that enough was enough. After two months of crying to my boyfriend about how miserable I felt when I was on my period, I realized that I didn't deserve to continue living the way I had been for the past six or seven months. So, I made my first ever appointment with an ob-gyn.

I cannot sufficiently describe the positive impact that switching birth control pills has had on my mental health.

I had never gone to an ob-gyn before, so I was nervous not only about the possibility of switching birth controls, but also about the appointment itself. Despite this, I knew that this was something I needed to do, so I pushed myself to be completely honest and open with the doctor, no matter how uncomfortable I felt. After I told her what I had been experiencing before and during my period, the ob-gyn recommended that I switch to a different birth control pill — one that was monophasic rather than multiphasic, which means it has the same level of hormones throughout the month. She told me that a monophasic pill would most likely help stabilize my mood swings and make me feel more in control of my emotions, which sounded like an absolute dream to me. I picked up my new birth control that day and started taking it about a week later.

I cannot sufficiently describe the positive impact that switching birth control pills has had on my mental health, but I'll just say that I'm so grateful that I had to channel my past experiences to write this essay, instead of describing them as my present. My emotions before and during my periods are so much more stable now than they had been in the past. It's now drastically easier for me to think clearly, I experience fewer mood swings, and the depressive episodes that previously came with my period rarely occur. While I do experience spotting for about a week after I would typically end my period, the positives of this new pill strongly outweigh any side effects.

People with periods are often undermined and made to feel like what we're experiencing can't be that bad. If you learn anything from my experience, I hope it's that it can, in fact, be that bad — but in many cases, it doesn't have to be. I had no idea if visiting an ob-gyn and switching birth control pills would improve my PMS and periods, but I decided it was worth a shot, and it ended up being one of the best decisions I've ever made. I know how scary and uncertain navigating hormones can be, but I also know that the light at the end of the dark tunnel feels even more amazing than I ever could have imagined, and that makes all of the struggles, pain, and confusion worth it.

Amanda Seyfried
Amanda Seyfried Bought a Farm, Became a Mom, and Went to Therapy: "I Know Who the F*ck I Am"
by Izzie Deibe 3 hours ago