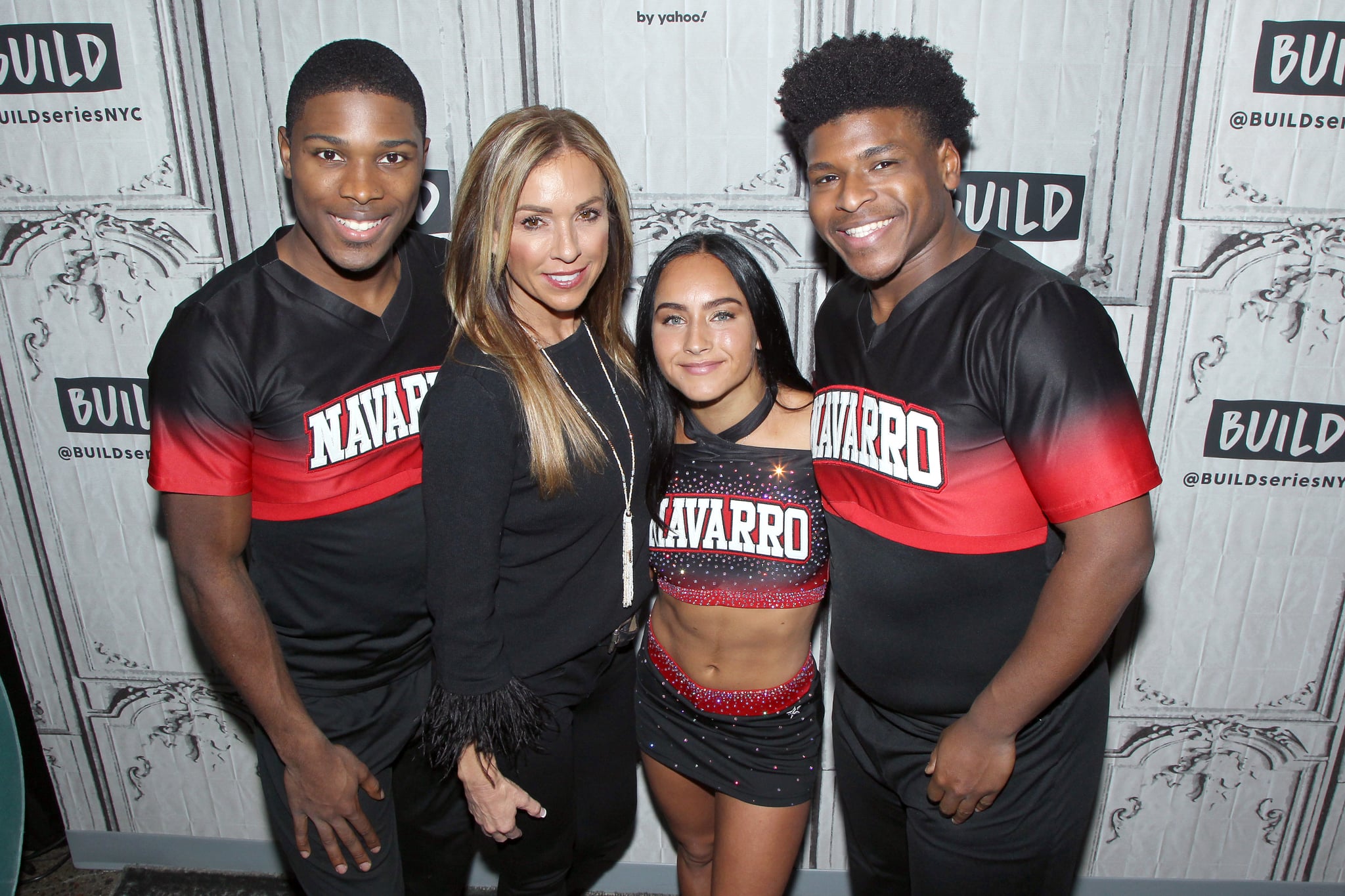 It's felt like years since Cheer premiered on Netflix and we saw the Navarro College team full-out their way to an NCA & NDA Collegiate Cheer and Dance Championship victory. Coach Monica Aldama told POPSUGAR not too long ago that both Gabi Butler, our favorite tumbler and flyer (and cheer "royalty"), and artsy, elite tumbler Lexi Brumback will return for another season with the squad. This means, if all goes as planned, they'll make mat for Daytona 2021. But that got me thinking: what about our mat-talking, sunshine-when-he-smiles Jerry Harris?

Butler, Brumback, and Harris are eligible for one more season due to the novel coronavirus (COVID-19) pandemic. Cheerleaders have three years of eligibility at Navarro, though 2020 didn't count toward that since they didn't compete at Daytona. In an interview about his Cheerios and No Kid Hungry partnership, Harris told POPSUGAR that he has yet to make a decision about what he plans on doing, and he's playing it by ear.

Harris, who graduated from Navarro with an associate's degree in science, said he's been blessed and received a lot of amazing opportunities that have come from Cheer, "and I'm just trying to seize as many as I can right now." (Remember when he interviewed stars at the Oscars?!) He wants to go back to school for a bachelor's in business, and according to Aldama, the eligible students who are returning for Daytona 2021 have the option to work on their bachelor's at Navarro before transferring credits to a university down the road.

Ultimately, though, "I really feel like it's just up in the air," Harris said. "But if it happens, I'll be extremely happy to do it because I love Navarro. It's definitely a home to me." He explained that regardless of what plays out, the "amazing" relationships he formed with his teammates won't change.

In the meantime, Harris is continuing to spread his positivity and work with brands, like Cheerios, to support causes important to him. His attitude is all about gratitude. "For me, and I feel like this definitely relates to other people, you have to look at the things in life that you have been blessed with," he said. "Even though you may think it may be small, it can mean the world to the next person."

Harris went on to say that you should surround yourself with those who build you up. Think of it in cheerleading terms: you need support from your bases during each stunt. They lift you up in the air to reach your full potential.