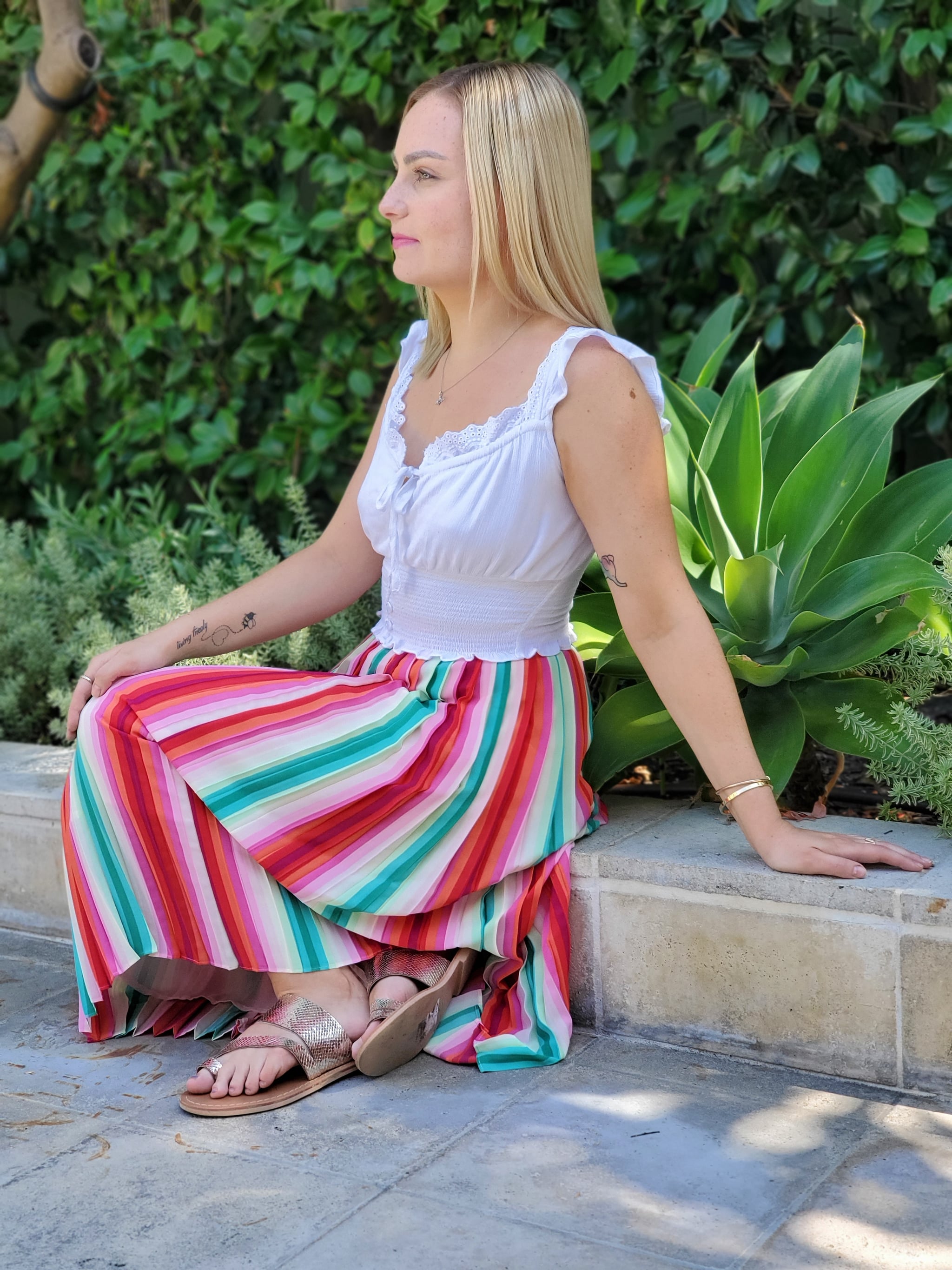 Molly Burke's YouTube channel is full of fun videos about fashion, beauty, and everyday life. Burke, who has amassed over two million subscribers on the platform and hundreds of thousands of followers on Instagram and TikTok, respectively, also posts informational footage about her blindness — some address misconceptions and others discuss steps to making the world more accessible for those who are disabled.

Burke was legally blind from birth but lost the majority of her sight at age 14 due to retinitis pigmentosa, the breakdown of cells in the retina. She was diagnosed with situational depression, short-term depression resulting from a traumatic life event, which differs from clinical depression, after losing her vision. "My situational depression was triggered by my vision loss and the bullying that I was experiencing because of that," Burke told POPSUGAR. "And it led to me dealing with suicidal ideation." Burke attended five different schools growing up in Canada in the hopes of getting the best education for herself as a blind student and to escape that bullying.

"The bullying was a constant throughout my life, but once bullying was coupled with my vision loss, it just all became too much," Burke recalled. Being 14 is an overwhelming time for most newly minted teenagers as it is. "You're getting ready to transition to high school, and you're going through a lot of self-discovery, figuring out your own sense of style, starting to date, having puberty and hormone changes," she said. "So to then also be going blind was very difficult for me."

The journey to recover from her situational depression was exactly that: a journey "with ups and downs," as Burke described it. Working on all facets of health — "mind, body, soul" — was key. She found spirituality and started seeing a nutritionist "to fuel my body with foods that really built me up and made me strong." She also turned to fitness and yoga, specifically, and she went to therapy, her "safe space," to seek guidance from a psychologist, which lasted until she was 21.

"I realized that I cannot be angry at society's ignorance towards me if I'm not willing to do anything to actively educate society to stop it."

Burke's outlet for her depression — a healthy, positive way to express her emotions — was writing music, singing, and being in a band, leading her to connect with fellow musicians. "We were a good ol' angsty punk rock band," she added (we both laughed at that). She worked through her depression, too, by learning to embrace herself, "so really exploring my own self, my interests, my likes and dislikes and owning them instead of doing what you're supposed to do to fit in."

Burke was diagnosed with post-traumatic stress disorder (PTSD) after an accident a few weeks following her 20th birthday where she almost broke her neck (she fell off a stage during a soundcheck for one of her speeches). "I was a full-time motivational speaker at the time, so the thing that I did every single day, all day, for a living suddenly became a source of trauma and fear for me," she said. To help heal from her PTSD, she specifically turned to talk therapy and cognitive behavioral therapy.

Also at 20 years old, Burke was diagnosed with generalized anxiety with OCD tendencies. For her anxiety in particular, she copes through breathing techniques and making sure she gets proper nutrition (when her anxiety is triggered, she often has trouble eating, she explained). She went on and off anxiety medication up until recently as well.

Related:
Becca Meyers Says She Forgets She's Visually Impaired and Deaf Once She Gets in the Pool

Through it all, finding purpose has been a big component for Burke in tending to her mental health. This purpose, to her, is to "educate, motivate, or inspire one person every day with my story." She wants to break barriers for people living with disabilities because, she said, "I realized that I cannot be angry at society's ignorance towards me if I'm not willing to do anything to actively educate society to stop it."

"The reality is waiting for a cure isn't living. Accepting who you are is living."

Burke continued, "I think it's very hard to cultivate young, strong, disabled leaders if that's the mindset we build into them versus the social model that completely takes the burden, the guilt, the blame off of us as disabled people and says, 'You know what? It is us as a whole, as a society, that needs to improve and simply become accessible to all needs.'"

When it comes down to it, "the reality is waiting for a cure isn't living. Accepting who you are is living," Burke said. "You can accept who you are by walking away from the medical model and accepting the social model. It's just a far more empowering way to live."

If you are feeling anxious or depressed and need help finding help or resources, the Anxiety and Depression Association of America and the National Alliance on Mental Illness (1-800-950-6264) have resources available. Also, the National Suicide Prevention Lifeline has several resources and a 24/7 lifeline at 1-800-273-8255 (slated to change to 988 in the future).