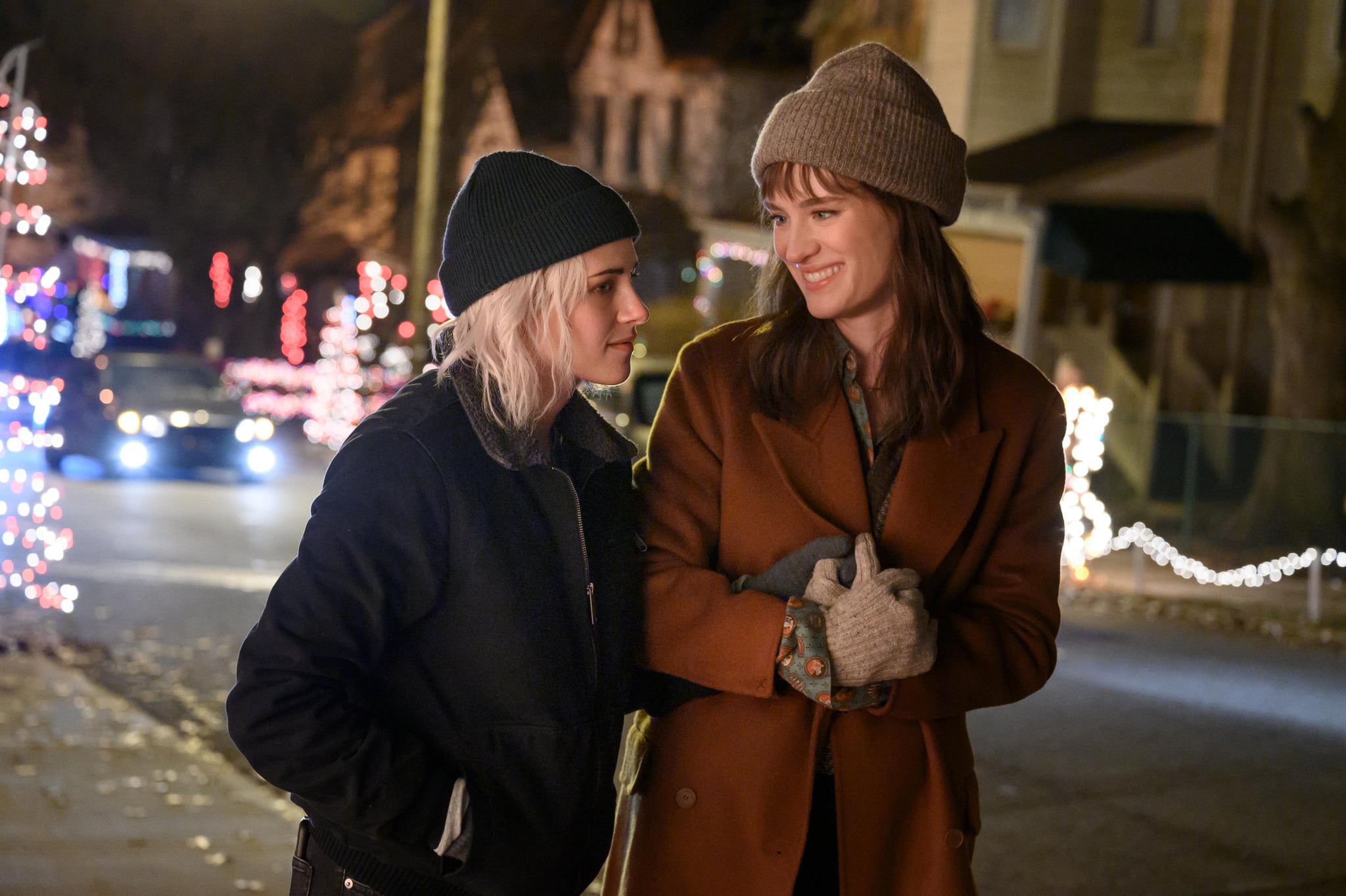 There's no better time of year to snuggle up by the fire and watch a romantic comedy with that special someone than wintertime, which I was very excited to do this year because of Happiest Season, the new queer holiday movie on Hulu. Not only could I see myself reflected in this movie as a queer woman in a lesbian relationship, but this time last year I was coming out to my own family.

My experience of coming out to a conservative family felt a lot quieter, and even solitary, when I decided to take that step.

While I never expected the movie to align with my story exactly because every person's coming out story is different, my expectations were high. I even share the same named as Kristen Stewart's character Abby, which I thought was a sign that this would be the best queer Christmas movie ever. But as I watched, I quickly realized my experience coming out during the holidays to a conservative family was completely different from Happiest Season.

I'm not just talking about the fact that I didn't end up physically fighting my siblings under the Christmas tree (which I'm thankful for). My experience of coming out to a conservative family felt a lot quieter, and even solitary, when I decided to take that step. I wasn't outed like Harper was by her sister, but I spent much of the holidays telling individual family members one on one about my sexuality and current relationship with another woman. It was a long and emotionally draining process that didn't end with a climax like in Happiest Season. I didn't have a happy ending with a grand gesture from my family proclaiming their acceptance, which I'm actually grateful for because it really shouldn't be that big of a deal. A nice big family hug would have been sweet, but my parents also weren't being asked to deny their child the right to be themselves to further their career, so it didn't culminate into one heartwarming moment. I was hoping to see queer people as more than just their sexuality in Happiest Season. I wanted complex characters, but maybe that's a lot to ask from a romcom.

What isn't too much to expect is casting queer people in queer roles. While Mackenzie Davis (Harper) did her best to research the queer experience, I have to agree with Billy Porter when he spoke about straight actors taking queer roles at The Hollywood Reporter's latest Drama Actor Roundtable in 2019: her role should have gone to a queer person. Having a diverse cast that has similar experiences to the characters they are playing can make magic happen. Just look at Pose and the groundbreaking cast that brought a beautiful and heart-wrenching story to life.

That said, there was also a lot of good that came from Happiest Season, especially considering its accessibility on Hulu and the young people that will get to grow up with a queer, family-friendly holiday movie to see themselves in. My closeted younger self would've killed for a Happiest Season. But that's why representation of queer experiences in media is so important. For me, seeing a lesbian couple doing normal things like having an uncomfortable visit to the parents during the holidays gives me hope. Also, the fact that Clea DuVall — my childhood crush and lesbian icon — directed the movie makes it even more special. I just hope the only debate I have at home this holiday season is if Abby and Riley should've ended up together.

Movie Trailers
Margot Robbie, Taylor Swift, and Anya Taylor-Joy Are All Starring in a Movie Together
by Eden Arielle Gordon 21 hours ago

by Angelica Wilson 33 minutes ago