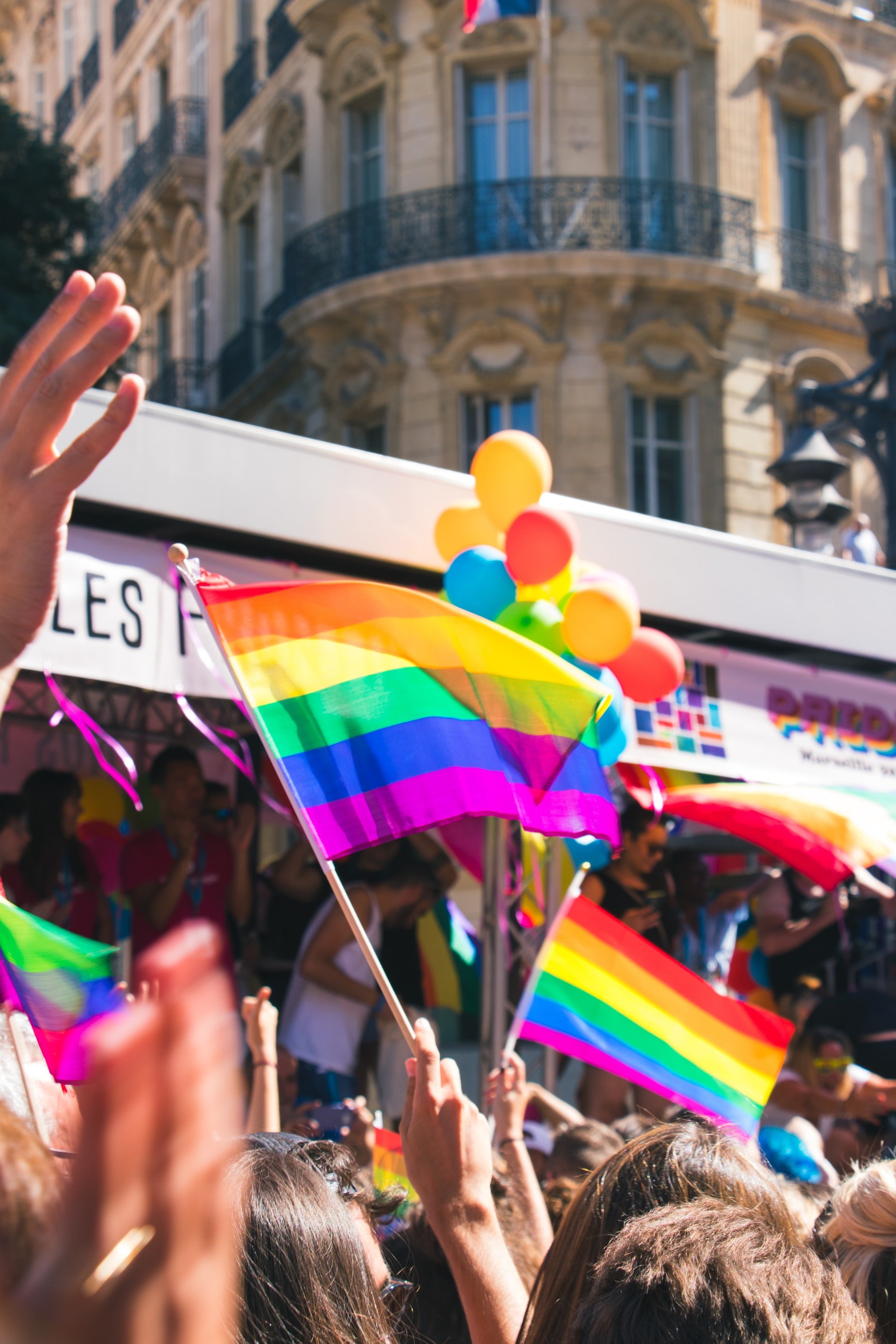 Just two years after the publication of Harry Potter and the Goblet of Fire, I wrote my high school senior thesis about character archetypes and themes in the first four novels of the Harry Potter series. I impatiently awaited the release of the last three novels, cried when Albus Dumbledore died, was moved when I read of Severus Snape's lasting love for Lily Potter, and cheered when Hermione and Ron finally kissed (it wasn't as cringe-y in the book as it was in the movie). And now that I have children of my own, I'm sharing the Harry Potter series with them one chapter at a time.

I'm a self-proclaimed Harry Potter geek, and the way the series explores the differences and relationships between Muggles, Muggle-born witches and wizards, and pureblood witches and wizards provides an entrance into conversations about inclusion and acceptance. When J.K. Rowling revealed that Dumbledore was gay, it seemed to further indicate the inclusivity and diversity of the Wizarding World of Harry Potter. There are some, though, who interpreted this revelation as a disingenuous and unsubtle attempt to keep the series relevant and to attract more readers and viewers. But while I did support that decision, I wholeheartedly don't accept her most recent one.

The author has rather disappointingly waded into the waters of controversy yet again. After she showed supported for antitrans activist Maya Forstater, who sued her former employer for "discriminating against her" for her transphobic beliefs, in 2019, J.K. recently shared transphobic and exclusionary tweets that suggest we cling to antiquated conceptions of sex and sexuality. In defending herself, she implied that her intention was to encourage and facilitate meaningful discussions about identity and lived experiences by upholding socially constructed views of sex and gender identity that exclude so many people who have gone through menopause or who identify as transgender or nonbinary. Her remarks are not only offensive but also completely ignorant of the performative power of language.

Shortly after Rowling's tweets, members of the Harry Potter universe were quick to respond. Daniel Radcliffe, who played the title character in all eight movies, responded with an essay for The Trevor Project, writing, "Transgender women are women. Any statement to the contrary erases the identity and dignity of transgender people and goes against all advice given by professional health care associations who have far more expertise on this subject matter than either Jo [Rowling] or I." To that, I say, "Right on, Daniel!" I'm happy that the man who played Harry Potter responded so compellingly to Rowling's horrific tweets.

Emma Watson, who portrayed Hermione Granger in the Harry Potter films, echoed Daniel in condemning Rowling's remarks, writing on Twitter, "Trans people are who they say they are and deserve to live their lives without being constantly questioned or told they aren't who they say they are." Rupert Grint, who played Ron Weasley, also responded in a statement to UK's The Times, saying, "Trans women are women. Trans men are men. We should all be entitled to live with love and without judgment." And Eddie Redmayne, who plays Newt Scamander in Fantastic Beasts and Where to Find Them, told Variety that he strongly disagrees with Rowling's transphobic sentiments: "Trans women are women, trans men are men and non-binary identities are valid. I would never want to speak on behalf of the community but I do know that my dear transgender friends and colleagues are tired of this constant questioning of their identities, which all too often results in violence and abuse. They simply want to live their lives peacefully, and it's time to let them do so." It's reassuring to know that so many actors who have portrayed the characters Rowling imagined do not share her narrow-minded perspectives of gender and gender identity.

My professional background is in teaching and researching literature and critical theory, so Rowling's ignorant words most brought to my mind the work of Judith Butler. In Gender Trouble and Bodies That Matter, Butler proposes that an individual's gender is performative, determined by his/her/their acts and self-identification. Language plays a critical role in this performativity. For Butler, labeling someone as male or female calls that individual into existence under a socially constructed definition of gender, but this definition is an illusion. Rowling's tweets deny this illusion and demonstrate a level of insensitivity that is unacceptable and deeply troubling.

I want my children to understand how hard the LGBTQ+ community has fought for inclusion, equality, and their dignity as human beings. I also want them to enjoy Rowling's works as much as I have. What I do not want is for these two desires to be incompatible because Rowling continues to minimize the struggles of the LGBTQ+ community. It is counterintuitive and saddening that a writer as inventive, clever, and imaginative as Rowling could be so closed-minded and insensitive to the struggles of others. While this isn't the first time she's gotten into hot water over her apparent transphobia, let's hope it will be her last.

Tommy Dorfman
Tommy Dorfman on Transitioning After "13 Reasons Why": "It Delayed Some of My Growth"
by Njera Perkins 8 hours ago