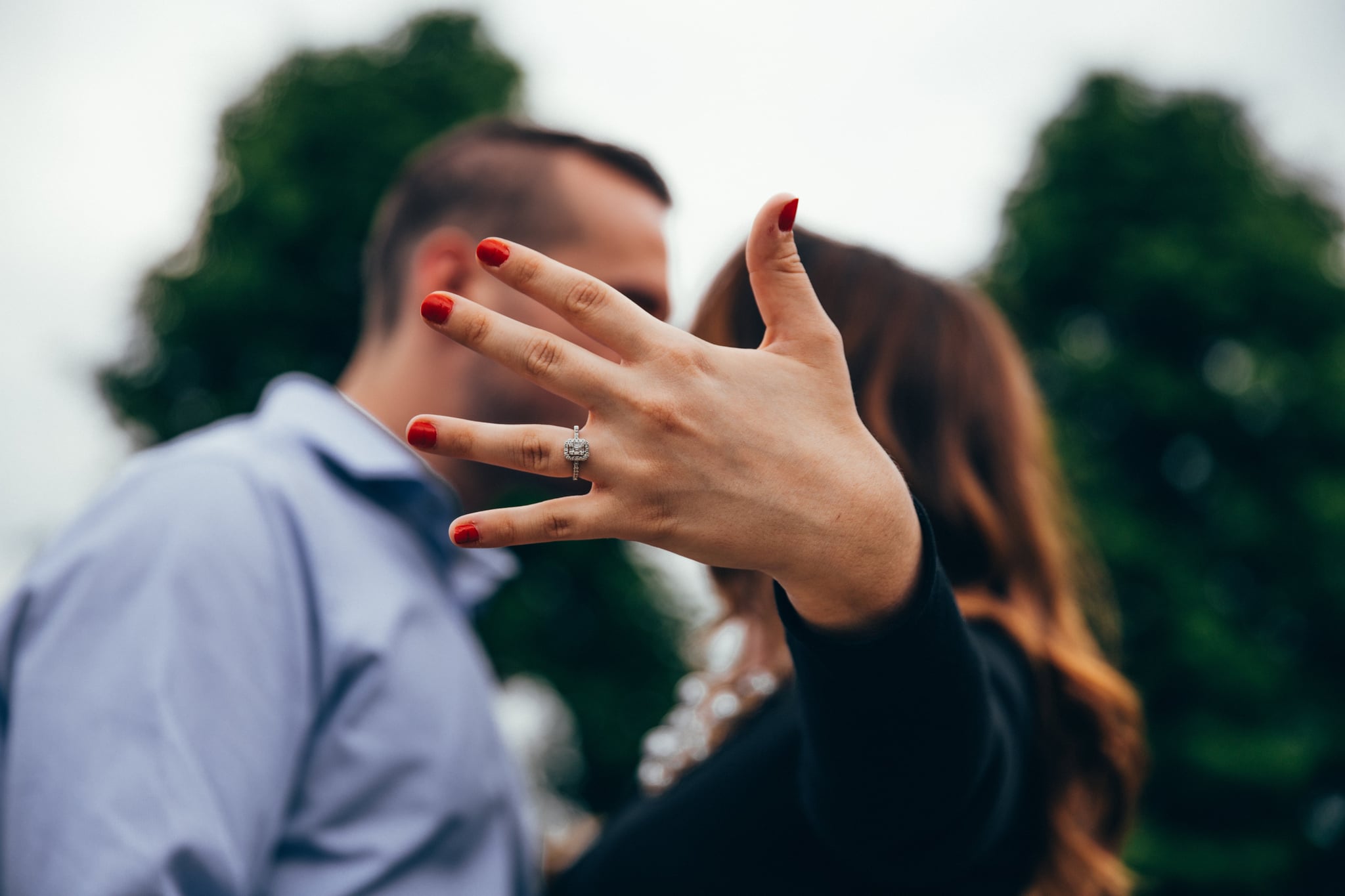 I was 20 years old when my then-fiancé (now husband) proposed to me on Christmas Eve. Although the moment was elegant, perfect, and everything I had ever dreamed of, I didn't expect the internal struggle to come. Although I was ecstatic about getting married to the love of my life, I immediately felt like I had to work overtime to prove that I was still the same independent person I was before I got engaged.

While my friends and I have always been on different paths, getting engaged felt like the final wedge of isolation for me. Whether real or perceived, I started obsessing over their approval and acceptance. I was researching the best drip coffee pots and choosing silverware for my wedding registry, and they were partying until 3 a.m. I wanted my friends to think that I was still liberated and fun, but they all felt so distant.

Related:
Sooo, This Woman Sneakily Took Her Sister's Engagement Photos While Disguised as a Bush

I still wanted to close down the campus bar with them sometimes, but I felt as if they had classified me as a senior citizen when marriage became my next step.

I still wanted to close down the campus bar with them sometimes, but I felt as if they had classified me as a senior citizen when marriage became my next step. I felt like I was trying to prove my individual identity to them instead of just being present. I felt isolated from people my own age; like I just couldn't relate to them anymore. I took my classes seriously and focused on my fiancé while they were out living the most fun years of their lives. There was a constant battle of wanting to be included and wanting to stay true to my unique situation.

My friends and I were all together one evening when I realized one simple thing . . . they didn't care that I was committing myself to marriage in college. They didn't care that I was a little bit nerdy about the best cookware or how much I loved Shark Vacuums. In fact, I realized they liked talking about these things, too. I had been underestimating their evolving interests.

I had my blinders on the entire time and didn't consider that they were also making the transition into adulthood. Had I not spent so much time obsessing over the idea of staying relevant and interesting to them, I would've been able to open my eyes and understand that my friends never lost sight of who I really was. My individuality was never overlooked. They didn't think I was lame for wanting to settle down young or old-fashioned for wanting to get married; in fact, they supported it. They even said they envied the stability of my relationship sometimes! I had spent the last two years of my college career trying to impress my friends when they never asked me to in the first place.

Being in a committed relationship in college is hard. Feeling left out because you're on a different path is hard. Being in your early 20s is challenging, confusing, infuriating, and messy. No one has a single clue what they're doing or where they're going. I learned such a valuable lesson during this trial of confusion as my college years came to a close, and it's that my friends value who I am no matter what phase of life I'm in. And they also just might help me decide which kitchen backsplash I should go with, too.