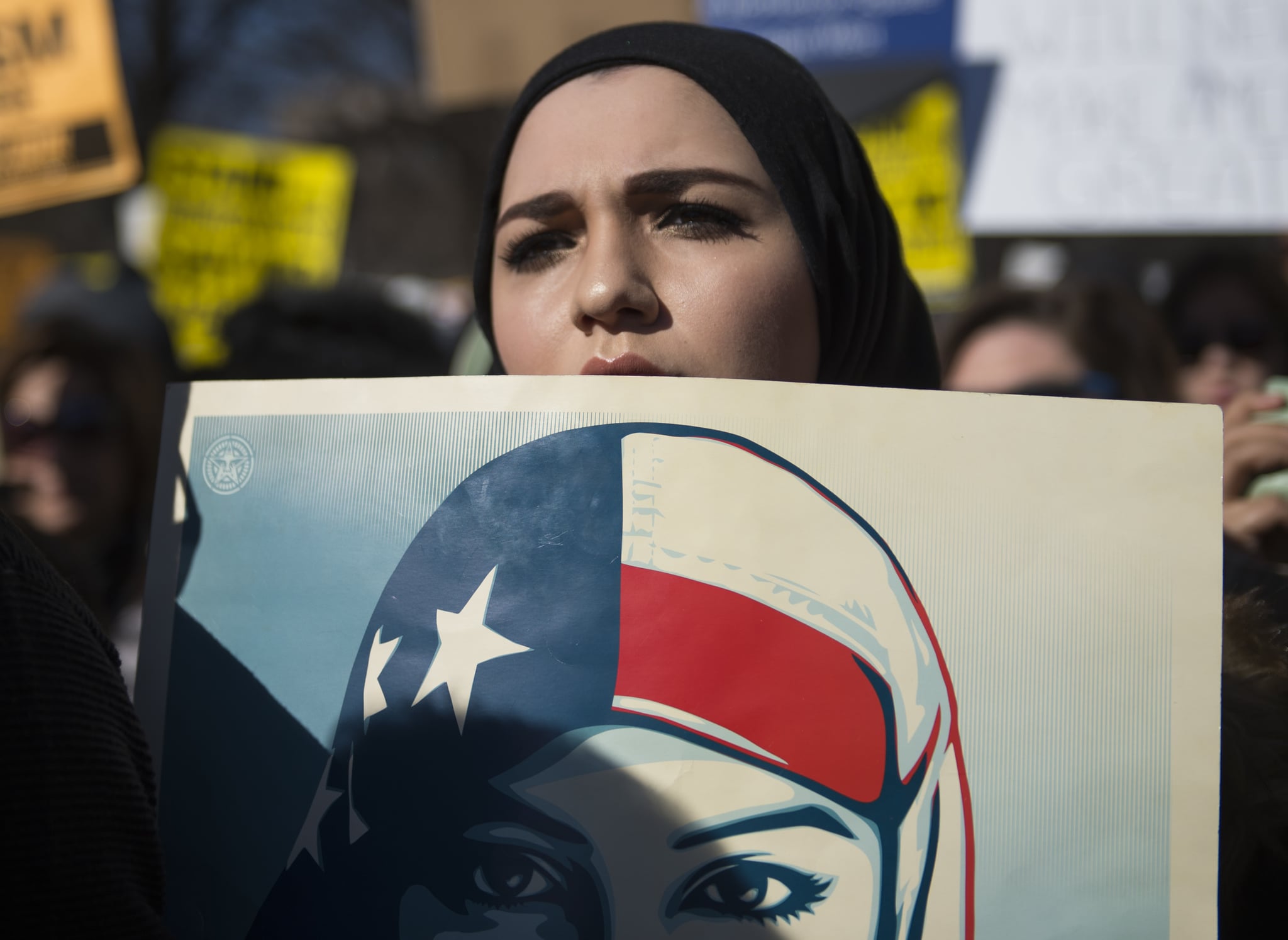 "This is not normal." You probably tell yourself that every morning when you get a breaking news notification about President Donald Trump or look at your Facebook feed. The new administration is acting in unprecedented ways: shutting out congressional and legal experts from their decisions, adding a political operative to the National Security Council while kicking off the joint chiefs of staff, destroying conflict-of-interest norms, and waging a verbal war against media outlets. If they don't like the facts, Trump's team will produce alternative facts.

But here's another thing that's not normal: the resistance to the new president. Trump has historically low approval ratings for a new president. Fellow popular-vote loser George W. Bush had more of the country behind him during his transition than Trump did. As a result of this disapproval, more people are becoming engaged with politics. Dana R. Fisher, a professor of sociology at the University of Maryland, conducted a study on a random sample of protesters at the Women's March on Washington. "We found that a third of all the people who came out were people who had never protested before in their lives," she tells POPSUGAR.

Opposition to Trump's agenda is turning up in real life and having real consequences — which is a good thing if you want to avoid "protest fatigue." Results keep movements going, according to Fisher.

So what impact has the Trump resistance had so far? Consider this: Trump promised to repeal Obamacare on "day one." And Republicans have campaigned on the promise for years. Instead of working on this agenda, however, the Senate has been bogged down with the historically slow confirmation of Trump's political nominees, thanks in part to phone calls from angry constituents. And as legislation to repeal Obamacare gets pushed out, polls show approval for the Affordable Care Act is growing — more people now approve of it than disapprove of it. Republican lawmakers are also facing tough questions about health care at town hall meetings.

Trump had just two cabinet members approved on day one, fewer than the three previous presidents. Yes, even the most troubling nominees like Betsy DeVos and Jeff Sessions have been confirmed. But the slow process has delayed work on Trump and the GOP's major policy agenda even though they control both chambers of Congress. In 2009, President Barack Obama signed 11 laws passed by the Democratic-controlled Congress in his first 100 days while enjoying very high approval ratings. Republican leaders have doubled the timeline — to 200 days — for their initial agenda. But momentum wanes as we get further from the November election and closer to the 2018 midterms.

The recent approval of the unqualified DeVos as secretary of education was surely a blow. But look what it took to get her approved: "This was the first instance of a vice president breaking a tie vote on a cabinet nominee," notes Kaitlin Sweeney, press secretary for the Progressive Change Campaign Committee (PCCC). She points out that two Republican senators broke from the party and "cited unprecedented levels of constituent calls and grassroots pressure as the reason they voted against DeVos." The close vote might not have stopped the appointment, but it signals a precarious level of support for Trump in the Senate.

Some observers initially worried that Trump's erratic behavior, like the tumultuous release of the travel ban targeted at seven Muslim-majority countries, was meant to create a chaotic atmosphere that would eventually wear out his opponents. In Mother Jones, Kevin Drum wrote about Steve Bannon, Trump's chief strategist who was reportedly the mastermind behind the ban: "Bannon wanted turmoil and condemnation. He wanted this executive order to get as much publicity as possible. He wanted the ACLU involved. He thinks this will be a PR win."

It's tempting to get cynical — or dejected — and think that the protests are just playing into Trump and Bannon's hands. But you just have to look at the impact of demonstrations to feel hopeful. The executive order was released to chaos late on a Friday. By Saturday morning, concerned Americans showed up in droves at major airports and ports of entry. "Lawyers started volunteering to offer their services for free, which lawyers don't usually do," Fisher points out. In addition, concerned Americans began contacting their representatives and expressing their outrage on social media. "Now there are 16 states that have filed a suit against the executive order, in addition a whole bunch of companies opposing it," said Fisher. Thanks to these legal challenges, the order is currently on hold. And after record-breaking fundraising, groups like the ACLU have the funds to fight future actions.

There are also signs that Trump is getting the message loud and clear. He often takes to Twitter to denounce protesters and diminish his rivals. Trump has demonstrated a desire to be liked, constantly citing favorable polls and crowd sizes. Perhaps the best way to reach him is to speak his language of crowd sizes. If you need more reasons to feel optimistic, here are five. 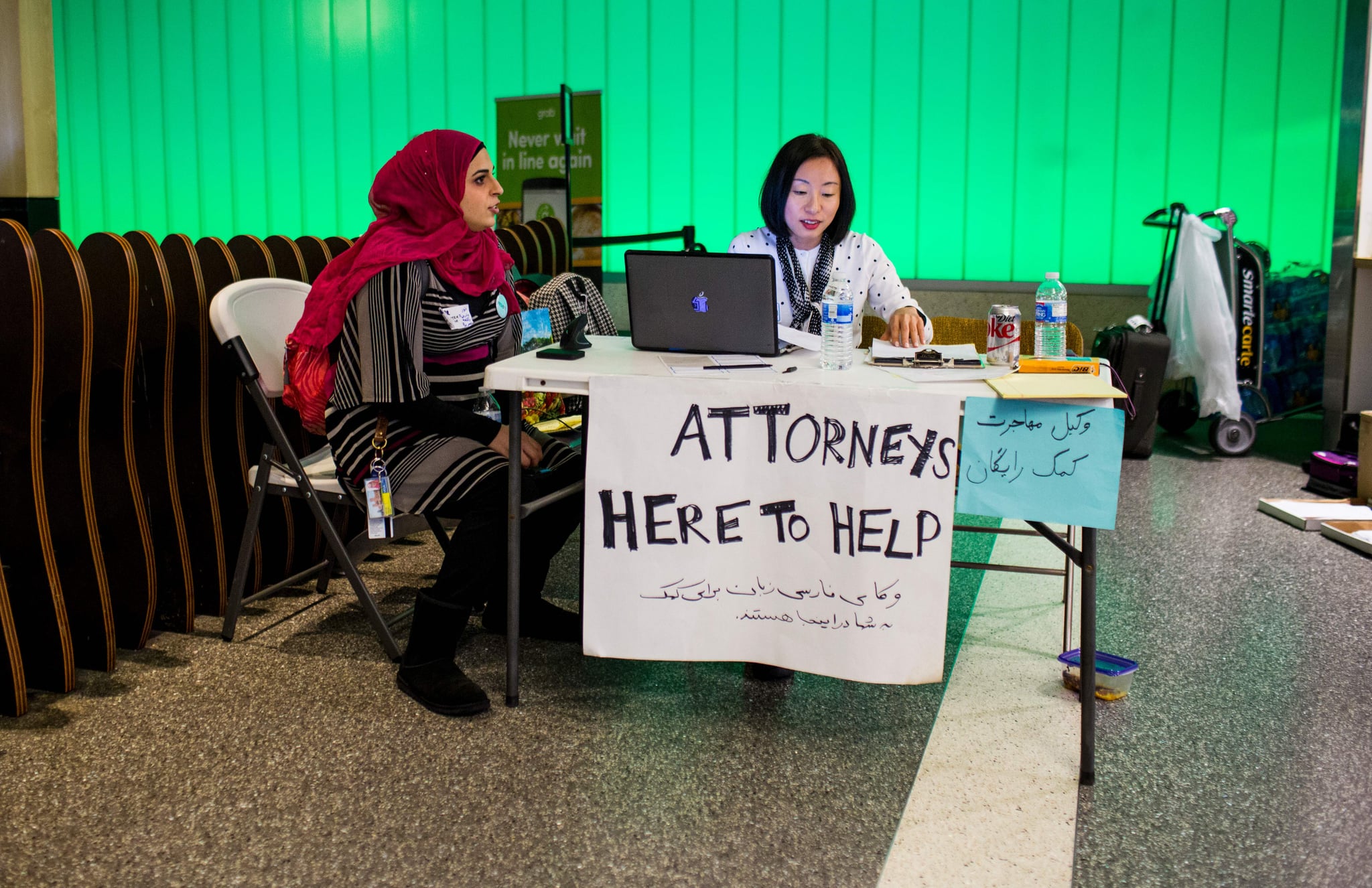 5 Reasons the Trump Resistance Will Make a Difference

2. Visible enthusiasm is contagious: Michael Moore predicted Hillary Clinton would lose in part because "the enthusiasm just isn't there." He warned, "This election is going to come down to just one thing — who drags the most people out of the house and gets them to the polls — Trump right now is in the catbird seat." The success of any movement relies on the passion of the regular people involved. The energy behind the Women's March and the pride participants showed on social media bodes well for the health of progressive organizing come the next election.

3. It works for the right: Look at the NRA. While a majority of Americans support common sense gun restrictions, a minority of Americans have been successful in stopping gun control. The NRA secures favorable policy by relentlessly calling their representatives and by holding them accountable with fundraising and at the voting booth. Women can do the same thing for our rights — especially since there are more of us.

"The NRA is successful because it piggy backs on people's interest areas by focusing on libertarians who believe all regulations should not affect them," explains Fisher. Women's issues could be another such strategic issue, this time for the left, as they line up with other progressive social issues like immigration and gay rights.

4. The courts aren't immune to public opinion: The judicial system may be the best check against Trump's power, and it doesn't operate in a vacuum. On issues such as gay marriage, the federal courts likely took the public mood into account. Erik Voeten, a political scientist at Georgetown University, writes that "political scientists have amassed an impressive array of evidence in favor of the hypothesis that the Court follows changes in public opinion." Voeten believes that the beliefs of swing vote Justice Anthony Kennedy "are genuinely influenced by changing societal beliefs and their expression in the democratic process." So while Hillary Clinton might not get to nominate a Supreme Court justice, the citizens who voted for her may still influence the court by demonstrating that public opinion is on their side.

5. It demonstrates the will of the people: Let's not forget that a majority of Americans did not want Trump to be president. It would be inaccurate to suggest he has a mandate for his more extreme policies. If citizens stay silent, they offer tacit approval. If they demonstrate, they remind those in power what most of America stands for.

Through her survey at the Women's March, Fisher got a sense of what drives the Trump resistance. "Although a majority cared about women's issues or gender issues, I can tell you people in the crowd also cared about LGBTQ issues, they cared about the environment, they cared about racial justice, and in fact 20 percent of the people said that immigration rights was one of the reasons they came out." Fisher believes that in order to successfully target policies, it helps to engage people who care about a movement from all sides. And that just might be why the resistance will work. 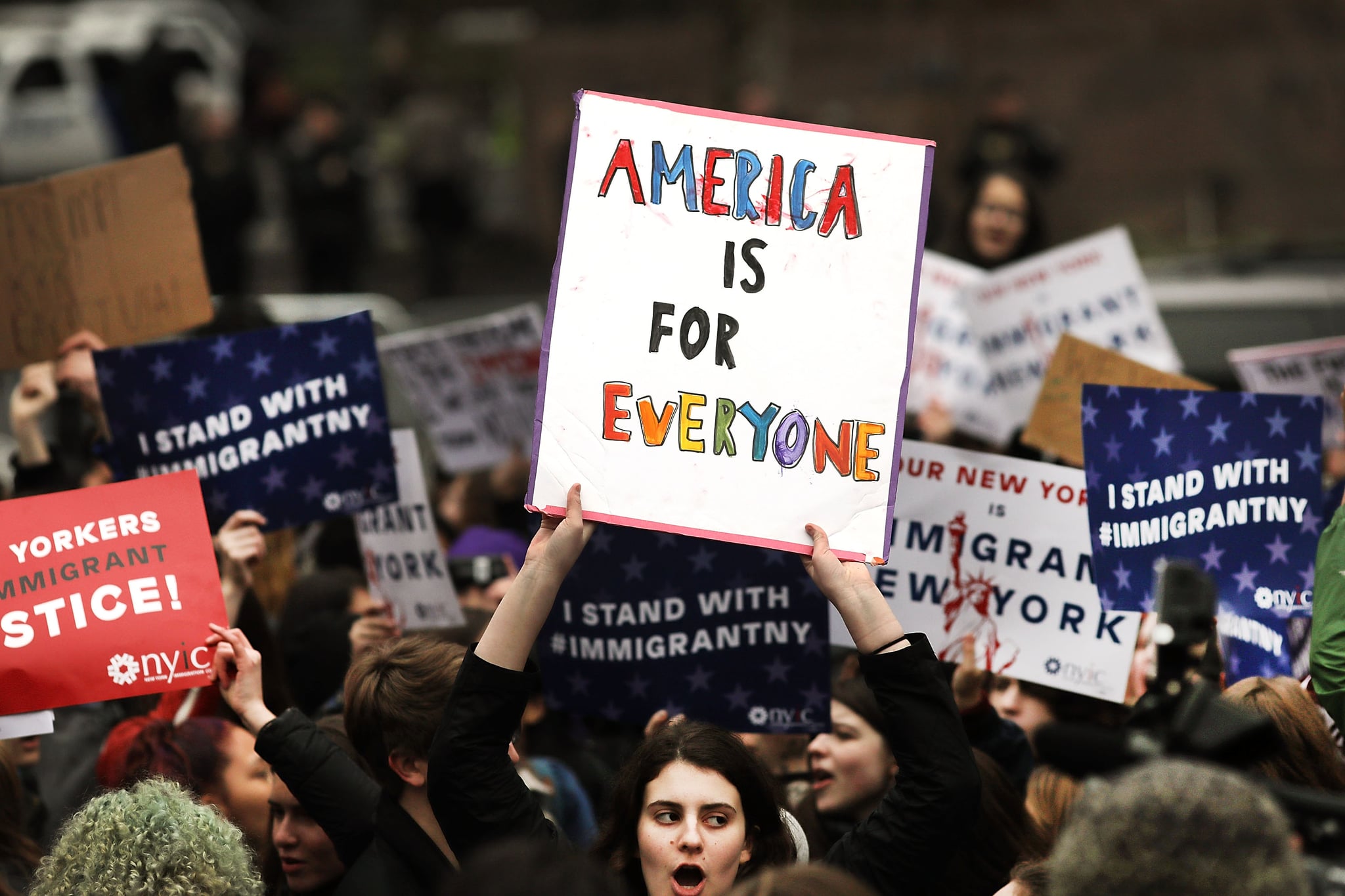