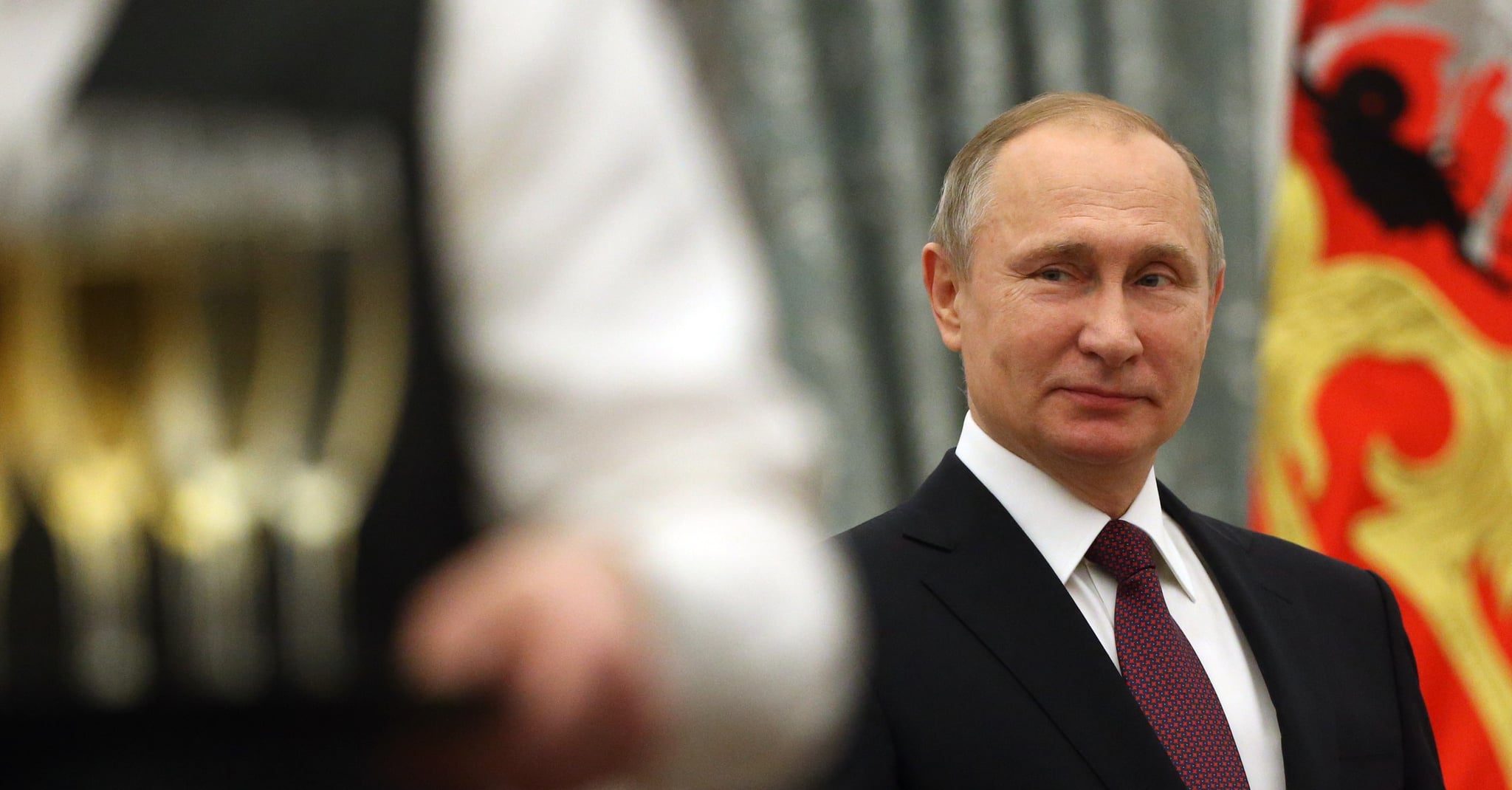 Russia tried to help Donald Trump win the White House. That was the conclusion of a recent CIA assessment reported by The Washington Post last week — and it's a huge deal.

Under President Vladimir Putin, Russia has repeatedly tried to increase its global influence and undermine the west, which includes the US, Europe, and NATO. Hacking into the emails of Democratic operatives and then releasing politically damaging emails via WikiLeaks during the presidential campaign may have been part of that plan. It's a frightening interference by a foreign power into American democracy that should set off alarms regardless of party.

President Barack Obama has ordered a report on Russian interference in the 2016 campaign, apparently hoping to set the record straight before he leaves office. While the Trump team has dismissed the conclusions of the intelligence agency, it's not likely this story is going away, even as distractions like Trump meeting with Kanye West keep coming up. Here are five reasons why:

1. The Electoral College Hasn't Voted Yet

The Electoral College votes on Dec. 19. It's the final hurdle Trump must pass on his way to the White House, and typically, it's a rubber stamp. But with the recent news about Russia, some electors wonder if America's national security is in their hands.

In a letter to National Intelligence Director James Clapper, 10 electors, including one Republican, said they want more information about Russia's influence. They wrote: "We further require a briefing on all investigative findings, as these matters directly impact the core factors in our deliberations of whether Mr. Trump is fit to serve as President of the United States." While it's highly unlikely the Electoral College would defy the outcome of the election, it's still a possibility and gaining traction with the revelations about Russia.

Trump loves to ask: what's so bad about getting along with Russia? Here's what: for more than 15 years, Putin has been coalescing power at home and in the region, hoping to increase Russia's influence at any cost. Here are some examples:

Is this really someone America wants to be friends with?

3. Russians Probably Hacked the Republicans, Too

The same people who hacked the Democrats also hacked Republican computer systems, according to a New York Times article about US intelligence investigations. The paper reports that Russia was as surprised as anybody that Hillary Clinton lost and was hoping to use the hacked information to undermine her administration. The article states: "It is possible that in hacking into the Republican committee, Russian agents were simply hedging their bets." In other words, they may have hacked Trump's party just in case he won. We'll have to wait and see what they do with the information they may have obtained, since it still hasn't been released.

We'll have to wait and see what they do with the information they may have obtained.

The intrusion by Russian agents has the attention of both parties in Congress. Republicans like Senators Lindsey Graham and John McCain have called for a bipartisan investigation, joining Democrats. These Republican lawmakers are splitting with Trump, whose team is questioning the veracity and motives behind the CIA finding that Russia was involved.

4. Americans Have the Power to Do Something About It

Unless you catch "hackers" in the act, it is very hard to determine who was doing the hacking. Why wasn't this brought up before election?

Despite what Trump tweeted (above) following the Washington Post story, the Russian hacking story did make news during the campaign season. And ahead of the Democratic National Convention, Trump asked Russia to hack Clinton's emails during a press conference. Watch for yourself:

But while Russia's interference was brought up, it did not appear to sway voters, perhaps because the hacking issue coalesced into one "Clinton email scandal." In fact, there were two issues: 1. Clinton used a private email server during her time as secretary of state. 2. Russian operatives apparently hacked the DNC and Clinton campaign and released those emails via WikiLeaks with the alleged goal of helping Trump win. Confusing the two seemed to be Trump's strategy.

Now that the noise of the election is over, Americans and lawmakers can better understand what is at stake with Russia.

Now that the noise of the election is over, Americans and lawmakers can better understand what is at stake with Russia. While Trump might dismiss protests, there are other avenues for outraged Americans. For example, the Progressive Change Campaign Committee (PCCC) is planning a march at state capitol buildings around the country on Dec. 19. The event page reads: "We the People will come together at every state capital across the United States to call on the Electors of the Electoral College to listen to the voice of the people and refuse to cast their ballots for Donald Trump." Even if that request is not successful, the protests could weaken Trump. "With Russia's tampering, it's more apparent than ever that Trump has no mandate for an authoritarian, anti-unionist, right-wing agenda," PCCC press secretary Kaitlin Sweeney said.

In addition to marching, contacting your representative or senator about the issue can make a difference. Emily Ellsworth, who was a congressional staffer for six years, says it's possible to get bipartisan consensus around an issue when enough people contact their lawmakers about a specific concern. "The power of contacting lawmakers is in numbers," Ellsworth explains. "The more people you have saying similar messages, the more lawmakers will understand its importance." So, if enough Americans contact their lawmakers asking them to look into Russian influence, they might start paying attention.

5. The Scandals Will Continue

Since Trump never released his tax returns, we have no idea what business interests or liabilities he might have in Russia.

Trump has taught us not to predict the future. But we can safely guess that he's not changing his tune about Russia any time soon. His just-announced choice for secretary of state, former ExxonMobil head Rex Tillerson, has had a relationship with Putin for decades and was awarded Russia's Order of Friendship in 2013.

Tillerson also has significant financial interests tied to Russia. And since Trump never released his tax returns, we have no idea what business interests or liabilities he might have in Russia. It seems like Trump is more concerned with getting along with Russia than the US intelligence professionals. It's not hard to see why Russia wanted him to win.