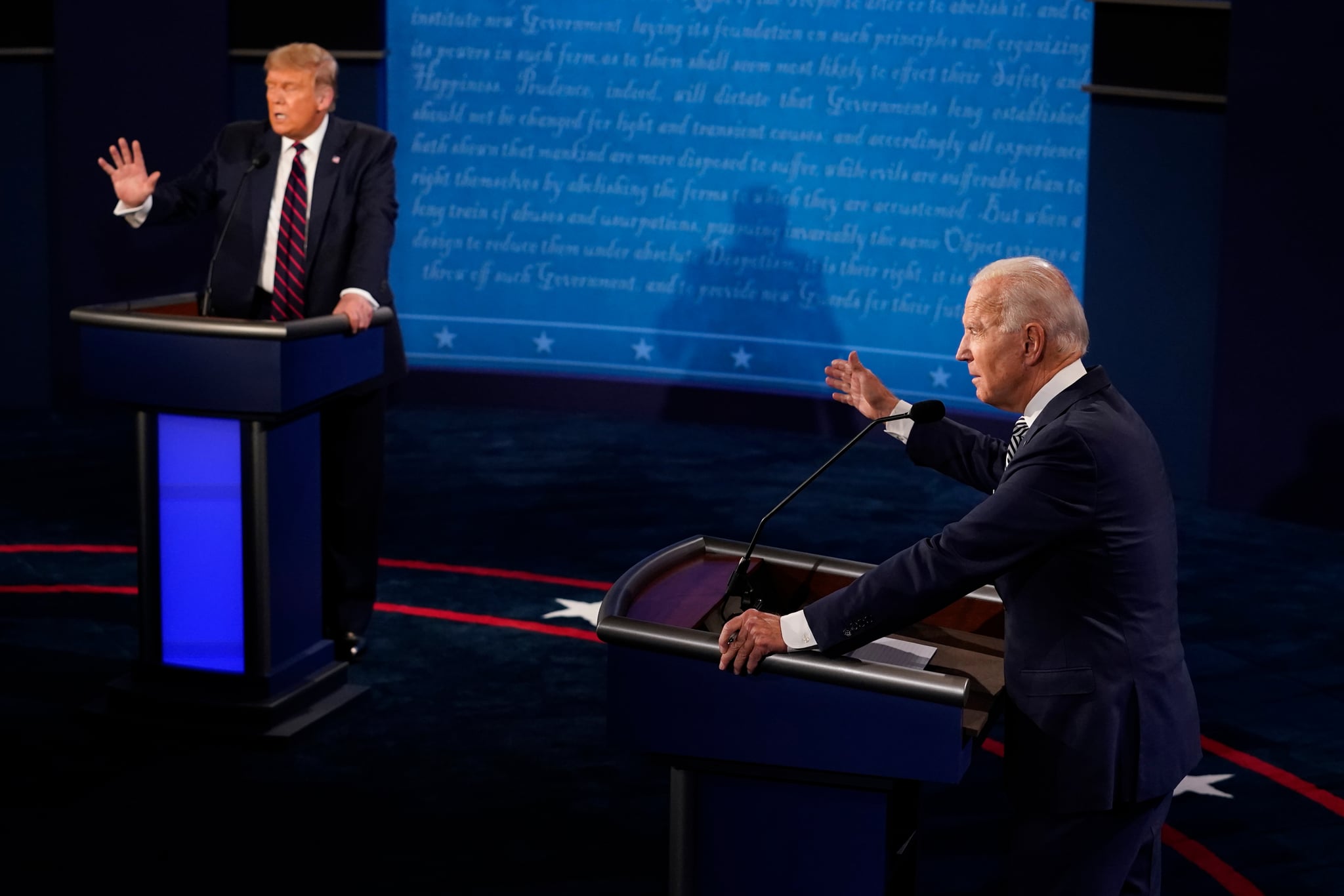 After a chaotic and confusing first presidential debate, POPSUGAR talked with Mayra Macías, the executive director of Latino Victory Fund, to get a sense of what kind of impact the night's conversation might have on the upcoming election. Macías is an organizer, educator, and political operative who's worked for the 2012 Obama campaign and for the Florida Democratic Party. She's now been with Latino Victory since 2017, a progressive political action committee that works to grow Latino political power through representation. They work to get Latino candidates into public office while building a base of Latino donors to support them.

In a crucial point during the debate, President Donald Trump refused to denounce white supremacists and militias. Macías was shocked. "I'm just speechless about his inability to condemn the violence that is being perpetuated by white suprematists, the violence that is dividing our country and that is disproportionately affecting communities of color," she says. Ahead, she shares the effects President Trump's statement might have, how she's feeling after the debate, and why she's more motivated than ever.

Related:
We Broke Down the Major Inaccuracies From the Presidential Debate, and Whew, There Are a Lot

POPSUGAR: To jump right off, how would you sum up tonight's debate in one word?
Mayra Macías: Disappointing. Disappointing that we have a man at the helm of this country's highest office who can't even listen for two minutes while his opponent makes his case to the American people.

PS: How do you think tonight's debate showed the country what kind of leader President Biden would be?
MM: One, I am so encouraged and proud that the Vice President did not take Donald Trump's bait. He spoke directly to the American people when he realized that it was not possible to have a coherent conversation or debate with Donald Trump. I think those were the moments where his authenticity, empathy, and genuine care for this country really came through.

I was really hopeful for the future of this country when Vice President Biden acknowledged that there's systemic racism in this country.

And particularly, I'm just flabbergasted that Donald Trump refused to have a conversation about COVID-19 or about science. So again, I'm encouraged to see Vice President Biden bring it back to the issues that keep Americans up at night. Now, 200,000 American lives have been lost [to COVID-19], and as the executive director of Latino Victory, all I can think about is that we've lost [around] 40,000 Latino lives. So many people in our community are disproportionally affected by this pandemic because we are overly represented in the essential worker industries, because Latinos still have the highest rate of being uninsured, because many of us don't have access to health care if we do have COVID-19. I'm just shocked that this current president refused to acknowledge the gravity of this pandemic, abdicated all responsibility, and instead chose to undermine the leading doctor on this.

Also, as the head of a Latino organization, I was really hopeful for the future of this country when Vice President Biden acknowledged that there's systemic racism in this country, where on the flip side we have Donald Trump giving, well I don't know what kind of orders he was giving the Proud Boys, but I'm just speechless about his inability to condemn the violence that is being perpetuated by white suprematists.

PS: I wanted to ask about that. It was a pretty shocking thing from President Trump, so I'm curious to hear a bit about your thoughts.

MM: In August 2019, after the massacre in El Paso, TX, Latino Victory embarked on a tour of Texas, one, because this was the largest attack in modern history on Latinos and we wanted to be there for our community; and two, we genuinely wanted to see how this attack impacted Latino and Texans' attitudes around this president and around engaging in the civic process. We held a series of town halls, hosted a focus group, and conducted a statewide poll, and right away, regardless of party affiliation, the voters we spoke to made a direct connection between Donald Trump's hateful, anti-Latino rhetoric and an increase in hate crimes. That incident was a collective watershed moment for our community. Many people were riled up, rightfully so, and wanted to funnel that anger and energy into civic participation.

The language [Donald Trump] used from day one of his campaign, whether or not he intended it to, has emboldened white supremacists in a way we haven't seen in modern history — and really, in a way that I have felt has been targeting Latinos specifically. And so [when we went to El Paso after the massacre] we saw an increase in folks' motivation to go out and vote. And that's all I could think about while he gave "stand by" orders to the Proud Boys and refused to disavow white supremacy — all those folks in Texas, and in El Paso in particular, who see how this president's abdicated responsibility has resulted in a tragic stain in El Paso's history.

I'm hopeful that these folks who were watching the debate funnel that energy and that anger and that sense of helplessness into civic participation.

I'm hopeful that these voters that we talked to, these folks who were watching the debate, funnel that energy and that anger and that sense of helplessness into civic participation. And I don't mean just voting; I mean getting friends and family to vote or volunteering as poll workers. We heard the president end this debate by sowing seeds of doubt around the integrity of our election. As someone who works with many people who come from various Latin American countries where we've seen authoritarian leaders, its really eerie to hear someone say [what Donald Trump did] because those words echo the feeling that many folks had [when they] fled their Latin American countries because of political turmoil, or because of authoritarian leadership.

But more than anything, these are his tactics. He's not trying to win over voters when he sows these seeds of doubt; he's trying to suppress the vote. And my biggest takeaway from this debate is that there are 35 days left, and if I thought I was doing all I could do to make sure that we restore and really preserve the integrity of democracy, [after that] I'm motivated to do even more. Because those parting words foreshadow something I do not want this country to have to grapple with.

PS: What did you see as the biggest difference between the two candidates that were laid out tonight?
MM: The biggest takeaway for me was that one presidential candidate gave us his plan, his roadmap to build back this country better, and used data to substantiate it. [Vice President Biden] empowered the audience and voters and gave them the tools to go and check their voter registration status and make a plan to vote, and he reassured us of the integrity of our elections. [Donald Trump] did the complete opposite and again tried to sow seeds of division. He used his belligerence to distract from the conversation.

[Vice President Biden] empowered the audience and voters and gave them the tools to go and check their voter registration status and make a plan to vote.

I'm a former middle-school educator, and I couldn't help but see the parallels of when I had students in class who struggled with reading, how they would disrupt the class because they didn't want to be put on the spot or show their vulnerabilities. That was really striking to me, to see someone who's the leader of our country act in such a juvenile way. But, again, he's sowing seeds of doubt about the integrity of our election, and to me that just translates to suppressing the vote. You have someone who is going to empower people to vote and someone who is clearly trying to suppress the vote.

PS: To pivot just a touch, I'm curious: I know you're an activist and an organizer, so going into this debate, were there any issues that were top of mind for you that you were looking out for?
MM: One issue that I'm glad was addressed and I wasn't expecting was climate change. Climate change is something that really resonates within the Latino community. We've seen polls showing that it's a top five voting issue, and yet it's something that we don't often associate with being a swing issue for Latinos. And given everything happening with the wildfires in California, and given that we just celebrated the third year anniversary of Hurricane Maria devastating Puerto Rico, [it was encouraging] to hear an acknowledgement of believing in science, and of Vice President Biden's plans to ensure that we preserve our planet — not just for our country — and really thinking about how are we preserving our planet for the future. 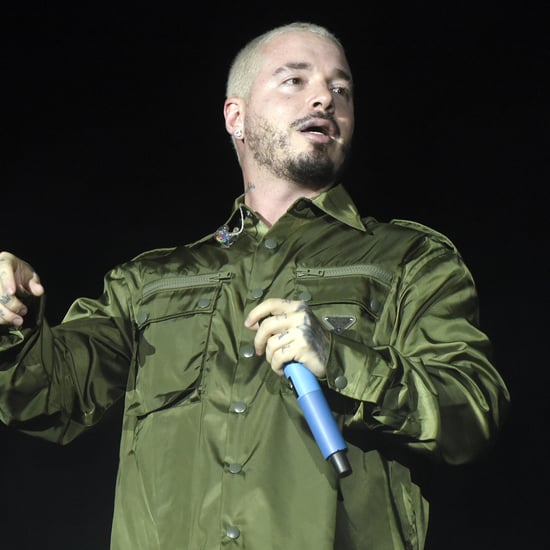 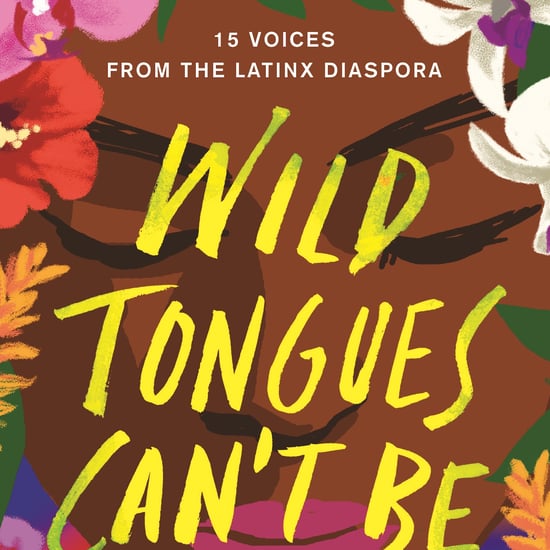