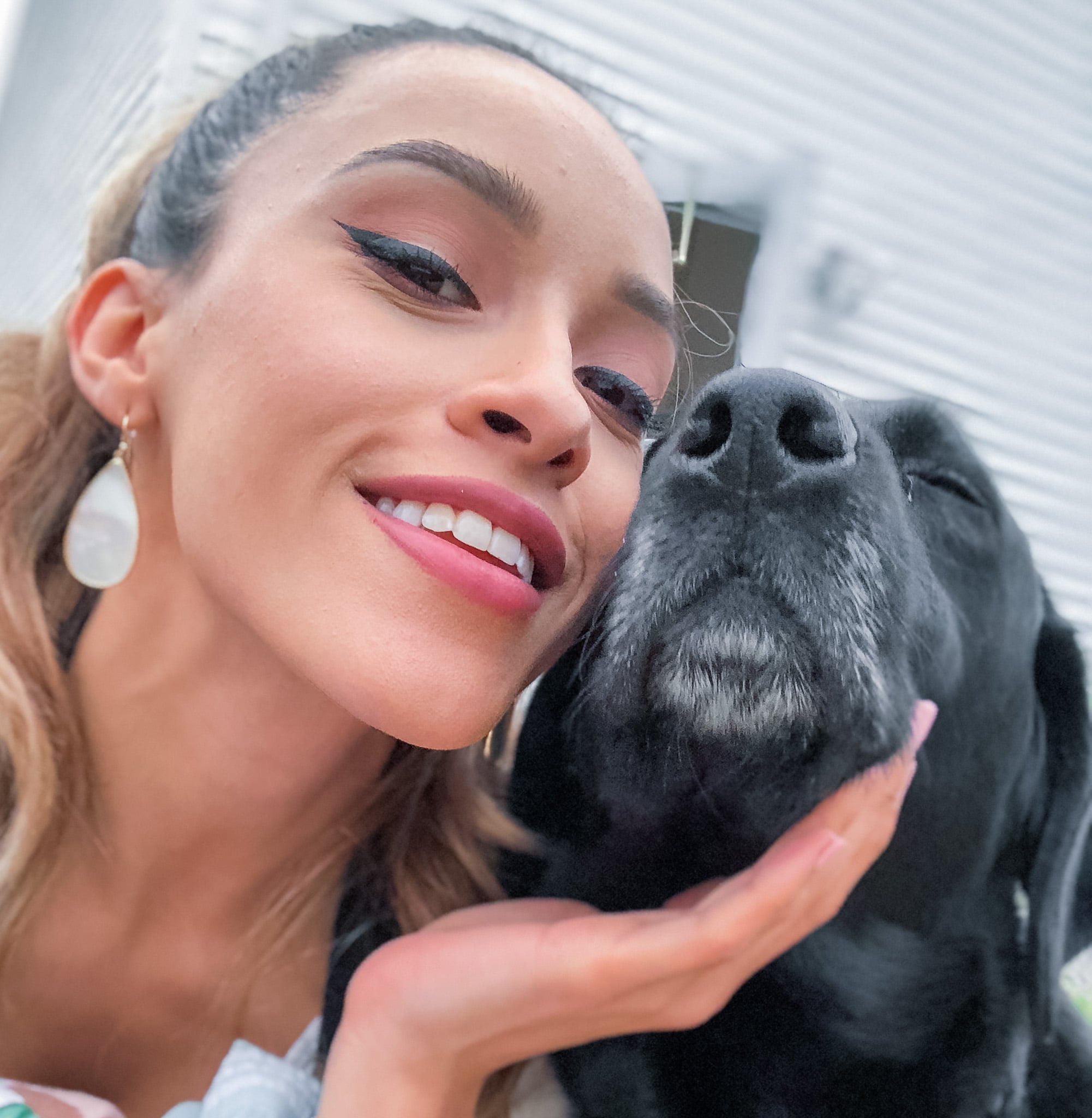 As a lifelong animal-lover who first began adding furry members to her family as an adult, I have been faced with the task of choosing between welcoming in a fresh-faced puppy or rescuing a salt-and-pepper-muzzled one with a shorter life expectancy. On one hand, adding a cute and clumsy puppy to a home is likely to provide joyful entertainment and loyal companionship for many years to come, but it is equally as sweet to take in an older dog in need. As someone who has experienced both options personally, I can say with conviction that I am now an unwavering, fervent supporter of the latter. While it may seem to some like an act of self-sabotage to voluntarily fall in love with a pet when their time on Earth is limited, the following testaments made by fellow senior pet owners — plus a unique perspective on grief by an eloquent writer — will undoubtedly change your perspective on what it means to help an older dog in need, and maybe inspire you to welcome one into your home.

I can say with certainty that every animal who lives their final days in a shelter instead of in a warm home has been denied the gentle, loving mercy they so deeply deserve.

When Linda Thompson — mother of the Brandon and Brody Jenner and longtime girlfriend of Elvis Presley — paid tribute to her late senior dog Bentley earlier this year, she reminded everyone that "animals are at the mercy of the world," a statement that rings especially true for animals who are destined to live the last days of their lives alone. My experience with adopting senior dogs began when I rescued a 7-year-old Black Labrador Retriever who was said to be dying of kidney failure. Unsure of how much time he had left, but knowing at the bottom of my heart that he deserved the absolute best until his very last day, I decided to check him out at the pound in-person. As soon as I laid eyes on him, I knew that he would soon hold a forever-space in my home and in my heart. Three years after his adoption and seven months since his peaceful passing, that space is still lovingly occupied by his memory. So, having once beckoned a grey-muzzled, terminally-ill dog into my arms after watching him wag his way through the cold confines of a pound myself — with the universal understanding that it would be his forever home — I can say with certainty that every animal who lives their final days in a shelter instead of in a warm home has been denied the gentle, loving mercy they so deeply deserve.

In October of 2020, actress Kristen Bell spoke candidly about losing Barbara, her late senior dog who was rescued at age 12. In a video interview with Ellen, The Good Place star stated, "She was 14 and all I take from it is how grateful I am to have been able to spoil her like the queen she was for the last two years. So many people think senior dogs maybe aren't the best fit for them . . . I just hope that if anyone fell in love with Barbara, that they would open their hearts and homes to senior dogs . . . It's so wonderful, I'll carry her forever in my heart." As someone who was also blessed with the opportunity to spoil a sick senior dog like the king he was for the last two years of his life — whom I, too, will forever hold in my heart — I could not agree more.

Related:
I Was Not Prepared For How Much Losing Our Family Dog Would Affect My Daughter

Once, when openly grieving the loss of my senior-adopted dog Sam, I was asked why I would consider adopting another senior if the wound of losing Sam was so deep and relentless. "Wouldn't it be like masochism?" they asked. And while this perspective from someone who hasn't adopted a senior dog might be understandable, it is one that has never crossed my mind because I know that the catalyst of my grief is a love that I was — and always will be — so grateful to have known.

I know that the catalyst of my grief is a love that I was — and always will be — so grateful to have known.

There is a beautiful quote about grief penned by author Jamie Anderson that ends with, "Grief is just love with nowhere to go," which has guided my decision to continue adopting sick, senior dogs. From my experience, I've found that losing a hospice pet shortly after adopting them only means that an animal who was once destined to spend their last days alone was instead given so much love that now, in their absence, there remains an abundance of love with nowhere to go. To say that the unrelenting ebbs and flows of grief are painful is a profound understatement, and it is an absence that will be felt for a lifetime. But, at the same time — and for the rest of your life — every tear shed from the pain of losing a furry loved-one can be accompanied by a smile with assuredness that you were both so lucky to experience a love so big and special that it has no place to go.

One of the greater difficulties of adopting a senior dog with a short life expectancy is that they often come with medical complications, which, as a committed owner, are your responsibility to care for. Each illness can manifest different symptoms at different times in an animal's life and can cause your dog's health to deteriorate in various ways, so it is important to be well-informed of the signs and symptoms common to your pet's specific illness(es) and honest with yourself about what you are capable of handling. I recommend getting a full medical evaluation at your chosen vet after adoption for a second opinion and perspective on your pet's diagnoses and prognoses.

Related:
The Key to Keeping My Anxiety in Check Amid COVID-19? My 2 Dogs

If you are unable to adopt a senior pet but would like to donate to organizations that help them, please consider donating to your local animal welfare shelter or to foundations such as The Grey Muzzle Organization, which provides support for thousands of senior dogs a year through various programs including hospice and long-term foster care, medical assistance and beds for senior dogs in shelters, and more.

In loving memory of my soul dog, Sam, who was rescued at age 7 while in kidney failure. Originally given a prognosis of "a week, a month, or possibly a year," Sam lived a loving and adventurous 2.5 years post-adoption, filling his mother's life (that's me!) with an undying love that could transcend lifetimes. Adopting Sam was a beautiful, life-changing choice that I would make one thousand times over again. In his honor, I hope this article inspires the adoption of many more "good boys" and girls like him. Rest in peace and thank you forever, "Sam the Good Boy."