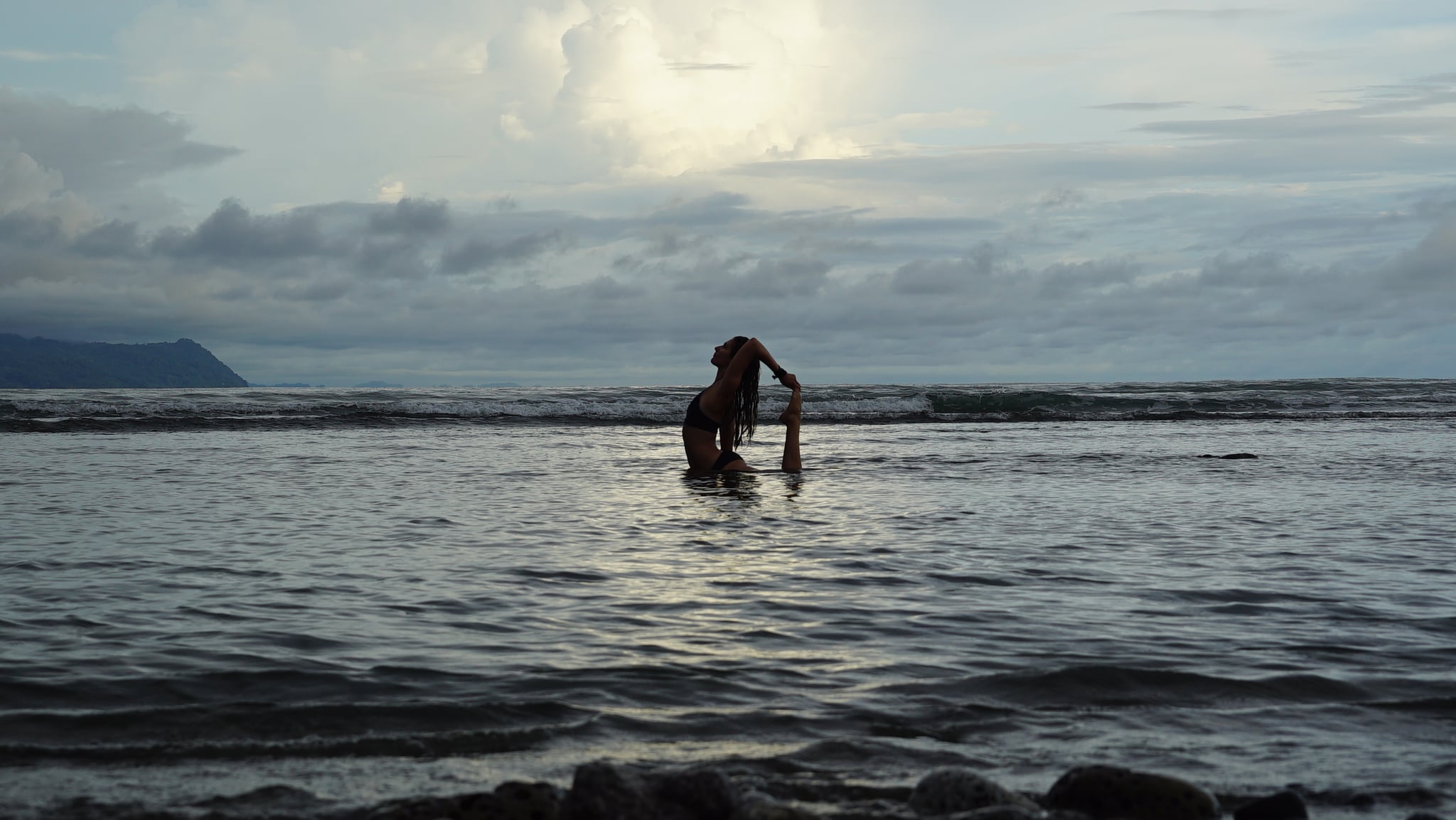 Every morning, Chloe Manlay wakes up at 6 a.m. In her role as retreat coordinator at Yemaya, a luxury lodge on a sliver of tropical paradise off the coast of Nicaragua, she looks after the guests who journey there to enjoy week-long yoga retreats. In between all the organizing, she often joins an afternoon yoga class held on a beachfront deck with views across the Caribbean. Shoes aren't a requirement in her profession. At the time of the interview, she was in the midst of a local island detox cleanse — another perk of the job.

Sound appealing? Chloe isn't the only one to think so. She's part of an increasing number of millennials who have chosen an office-free life as a yoga teacher, rejecting the daily grind for white sand beaches and a slower pace of life. Since she undertook her Jivamukti teacher training in 2015, Chloe's nomadic existence has followed the sun, hopping from one exotic location to the next to coincide with each country's tourist season. Before she arrived at the island, she'd been leading private retreats in Costa Rica, intensively teaching yoga to students one-on-one. The rest of the year remains uncertain: "I'm definitely here until October," she said. "I'll probably pop back to the UK for a couple months, then go to India in the New Year, or I might go back to the States and then come back to do another season here."

According to CNN Money, Chloe's choice of career scores straight As across the board when it comes to quality of life ratings. In 2015, the website ranked Pilates and yoga instructors as tenth on its list of the best jobs in America, writing that "for many yoga instructors, the ability to transform a person's day or how they live their life, both physically and mentally, is the best part of the job." They went on to estimate the median pay at $62,400, with top earners bringing home a six-figure salary.

Chloe isn't earning the big bucks, but she echoes this sense of deep satisfaction. The best thing about her job is "being an inspiration for other people to change their lives." She added, "It's not something I ever aspired to be and feel so silly saying it, but I get told that a lot and it touches me every time." When asked what's been hardest to relinquish from her old life — the financial security and comforting routine of a more traditional career route, perhaps — she was incredulous.

"Give up? I don't think I've given up anything! At least I guess I don't see it that way. Nothing in my life is restricted. I miss being anonymous — that's hard to do on a small island. But it's balanced by a beautiful small community that I think is hard to find in a city."

Eleven years ago, Chloe walked into her first yoga class. Lit by candles and "really intense," it made an impression that's still vivid. Interest transformed into a regular practice when she joined Lululemon and was paid to attend yoga classes as a brand representative alongside her work as a nutritionist. As yoga became a more integral part of her existence, she witnessed profound change both on and off the mat.

As a nutritionist, she found it hard to connect with people. "You can sit behind a desk and tell people what to eat, but I found that I lacked the tools to really connect. I thought I would do Pilates or yoga and then I ended up doing my yoga teacher training and that gave me the language I'd been looking for." 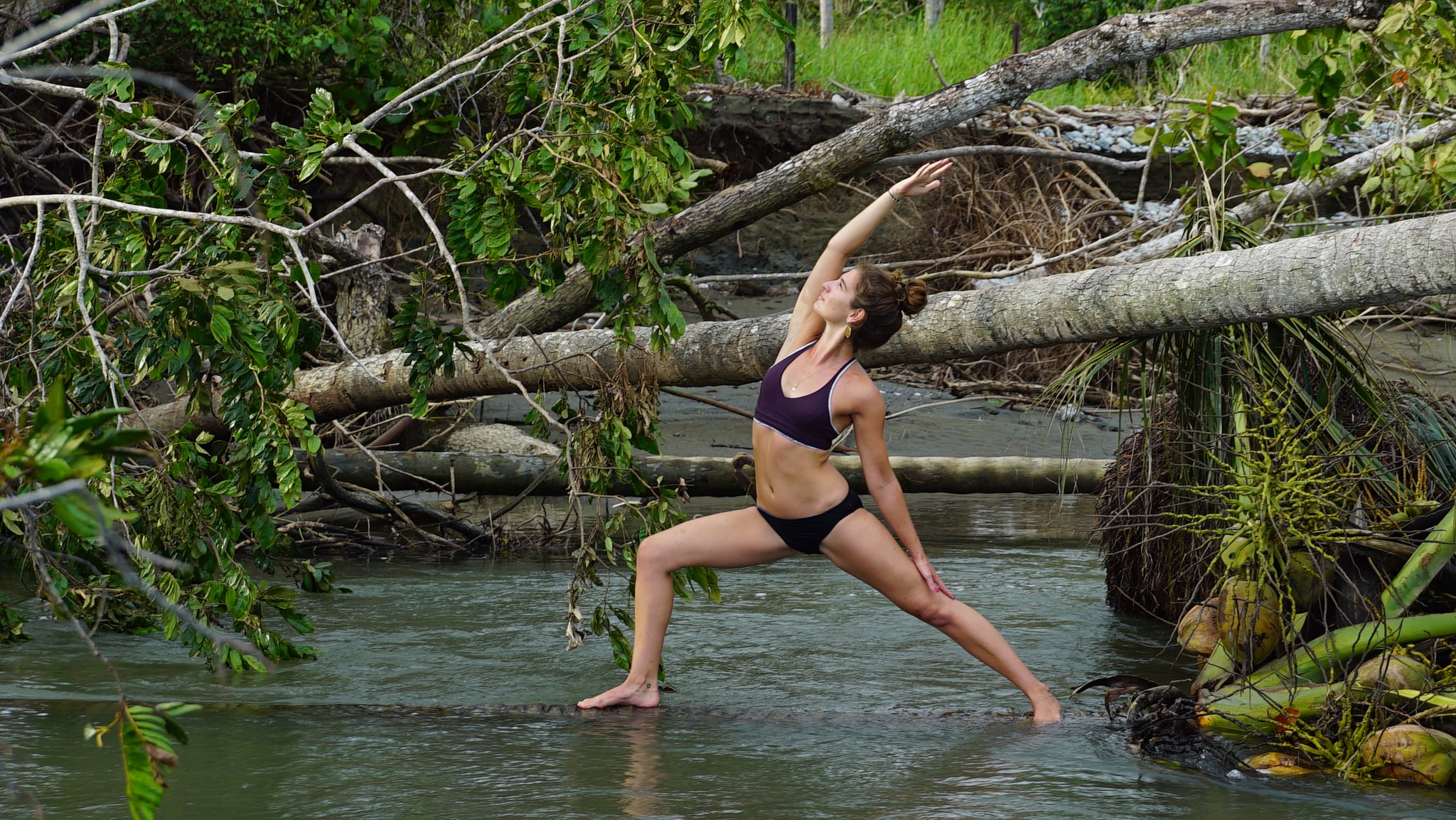 The pursuit of yoga eventually empowered Chloe to break free from an existence that was becoming suffocating. "Before I did the training, I was struggling to make sense of everything and find out what my place was and what I was here for," she said. "I was getting bogged down in the drudge of life. I wanted to remove myself from the world. I couldn't make sense of London life, why people worked so hard." A year later, she can only imagine settling in one place if she meets the right person and starts a family.

For Rusty Davis, another yogi whose career has taken him to Europe, Australia, and Bali, he practiced the nonphysical spiritual aspects of yoga long before he began teaching it. "I was working in the social field for 18 years, working with many children with various disabilities, mostly autistic children," he said. "Then I owned a taxi service in Colorado, USA, and did that for 10 years. Both jobs were pure yoga where I had to go into my patience and love to draw strength. I had to see the good in people and give the gift of service to others of safety and humanitarian needs."

But it wasn't until Rusty, also a BMX racer, crashed his bike at an event and hurt his knee that he discovered yoga in its physical form. In five days, Rusty claims it healed his knee — and from then on, he was hooked. "I hardly missed a class in eight years," he remembered. "I loved everything about it: the challenges, the rewards of getting more flexible and strong, the poses that I could learn. It just made me feel good in my body."

Since then, yoga has led Rusty around the world, from his first teacher training in Varanasi, India, to another in New York under the watchful eye of one of his gurus, the revered Dharma Mittra. But the pivotal moment in his profession came when he was recruited to teach at Radiantly Alive, a thriving yoga studio in Bali.

"I decided to stop being a scared boy who thought he was stupid, unworthy of success, and no one would listen," Rusty remembered. "I came into my strength, dropped my fears, and started to love being in front of people. This gave me confidence in myself and in my life."

His new career was not without its challenges. Rusty recalls standing in front of a class of 12 students, and not one of them spoke English. Through a combination of charades, demonstration, and Simon Says, he got through the class and said that the demanding circumstances became part of the fun of that day's class. "I have found a deep respect for the presence that is required to lead and show people themselves through their bodies," he said.

Like Chloe, Rusty loves the freedom that comes from his unconventional lifestyle. There are the opportunities to travel, the abundance of friends met along the way, and the privilege of teaching in studios around the world. But he admits there are lows that come with the lack of tether to one place. "The hardest [part] is traveling all the time, sleeping on couches, not having grounding," he said. "Over time I will get the balance needed to travel and stay in one area."

For Chloe, the geographical distance between her and her loved ones means she's absent from pivotal moments in their lives. "You miss things — weddings, birthdays, births, deaths," she said. "That kind of stuff can be tough because you want to be there for your people." But despite her frequent no-shows, she believes that yoga enables her to support her loved ones. As she explained, "it allows me to turn up for my friends and family as the best version of myself, even if it is from a million miles away."

It's little surprise to learn that Chloe and Rusty don't have concrete goals for the future. After all, relinquishing the urge to control and plan is part of the territory when it comes to being a yoga teacher. Instead, they are both remaining open to whatever the universe throws their way. "I'm just trying to enjoy the present for now," Chloe said. "It's taken a lot of manifesting and dreaming to get here so I'm going to enjoy it for now."

Image Source: Chloe Manlay
Here's What It's Like to Travel the World As a Yoga Teacher  originally posted on POPSUGAR Fitness
Healthy LivingYogaPersonal EssayFitnessTravelHappinessStress Relief
Around The Web