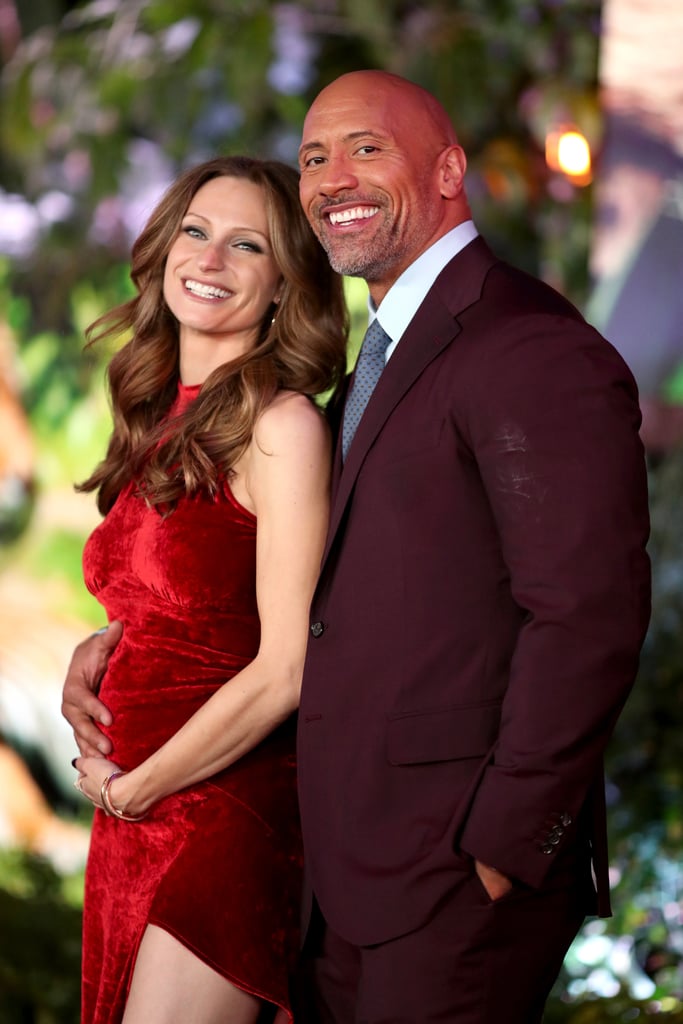 Dwayne Johnson has been busy hamming it up on his Jumanji press tour, and on Monday, he and the rest of the cast decided to take things up a notch by arriving to the LA premiere in a Land Rover, similar to the one used in the film. Dwayne hit the red carpet with his longtime partner, Lauren Hashian, and the two were as cute as can be as Dwayne kissed Lauren on the cheek and rubbed her growing belly.

The couple's rare red carpet appearance comes hours after Dwayne announced on Instagram that he and Lauren have another baby girl on the way. The pair, who have been together for almost a decade, are already parents to nearly 2-year-old daughter Jasmine, and Dwayne also shares 16-year-old daughter Simone with ex-wife Dany Garcia. 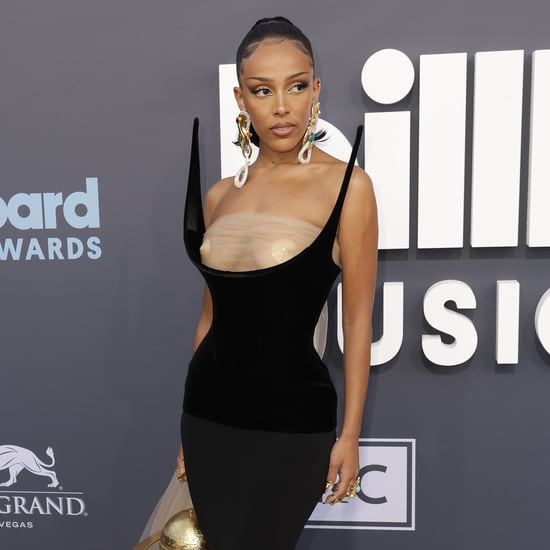