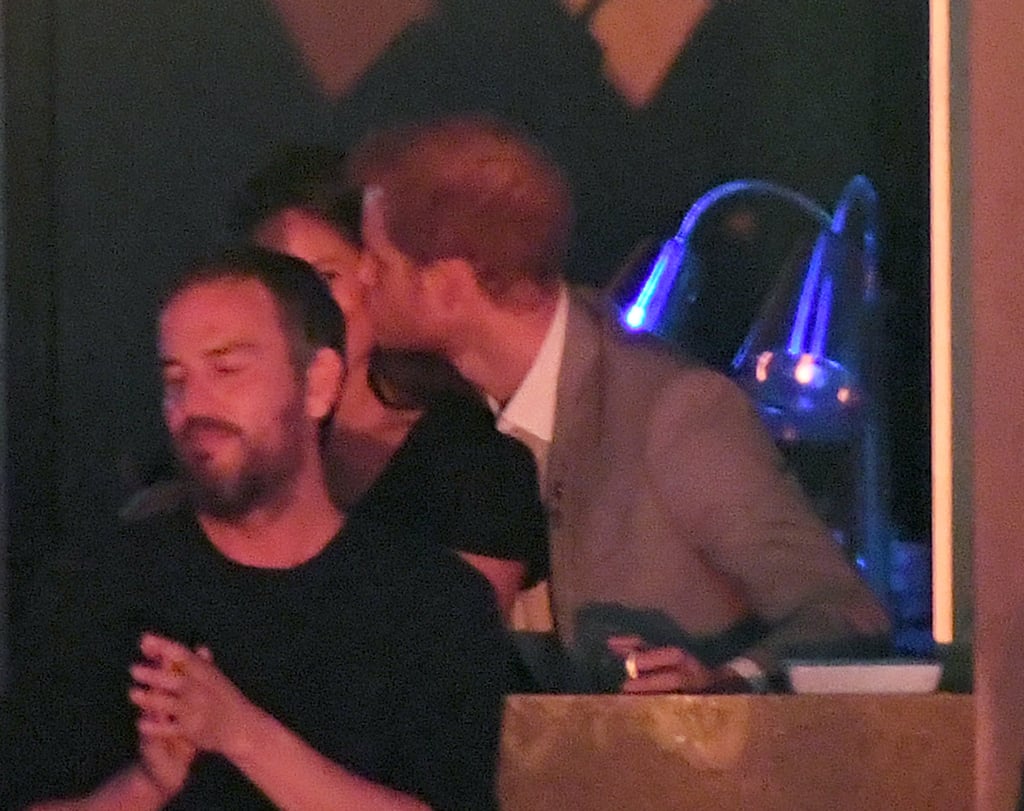 Prince Harry's annual Invictus Games came to a close on Saturday night, and after giving an impassioned speech to the crowd of participants and spectators, the proud royal retreated to a private area, where he was spotted getting cozy with his girlfriend, actress Meghan Markle. The lovebirds were all smiles in the stands, and at one point Harry planted a sweet kiss on Meghan's cheek. They were also joined by Meghan's mother, Doria, who is an LA-based clinical therapist and yoga teacher. We first got a glimpse of Harry and Meghan together last week during a wheelchair tennis event; they held hands while arriving and kept close while cheering on the athletes.

While engagement rumors continue to swirl around Meghan and Harry, it's possible that the birth of his new niece or nephew could push back any wedding plans. Prince William and Kate Middleton's third child is due in Spring 2018, and because Harry is very likely to want his brother and sister-in-law involved in his big day, a royal wedding wouldn't happen until Summer, at the earliest. Until Meghan gets a ring on her finger and becomes part of Britain's most famous family, we'll just have to settle for adorable PDA moments like these.