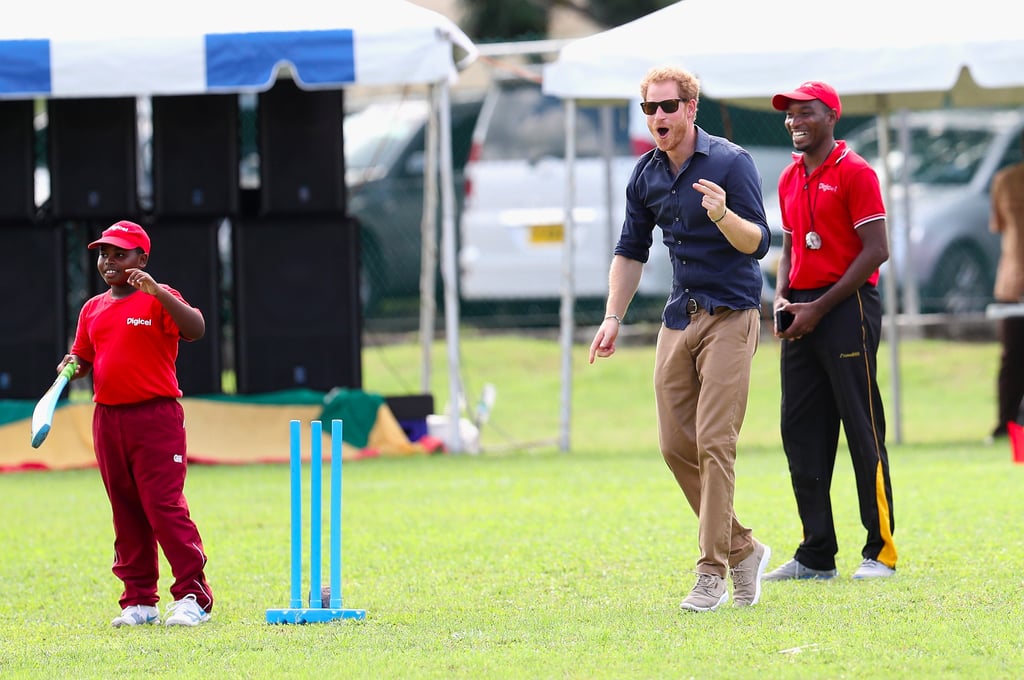 Prince Harry is currently in the middle of his 14-day tour of the Caribbean, but despite being on an official business trip, he's managed to squeeze in plenty of fun. On Monday, the handsome royal showed off his competitive side when he got really into a game of cricket at Queen Park Ground in St. George's, Grenada. While a group of kids played a game during the community sporting event, Harry cheered and shouted from the sidelines, even jumping up and down at one point. Before the match, he was greeted by a small parade made up of locals holding British flags. In addition to having an adorable chat with a little girl in a pink outfit, Harry also appeared to show off a little dance move to a group of young students.

The outing is just the latest standout moment from his trip. Not only has he taken the time to bond with kids, but he's also released baby turtles into the sea, drank from a coconut, and been invited to honeymoon in Antigua with his girlfriend, Meghan Markle.

Related:
Previous Next Start Slideshow
The RoyalsPrince Harry
Around The Web