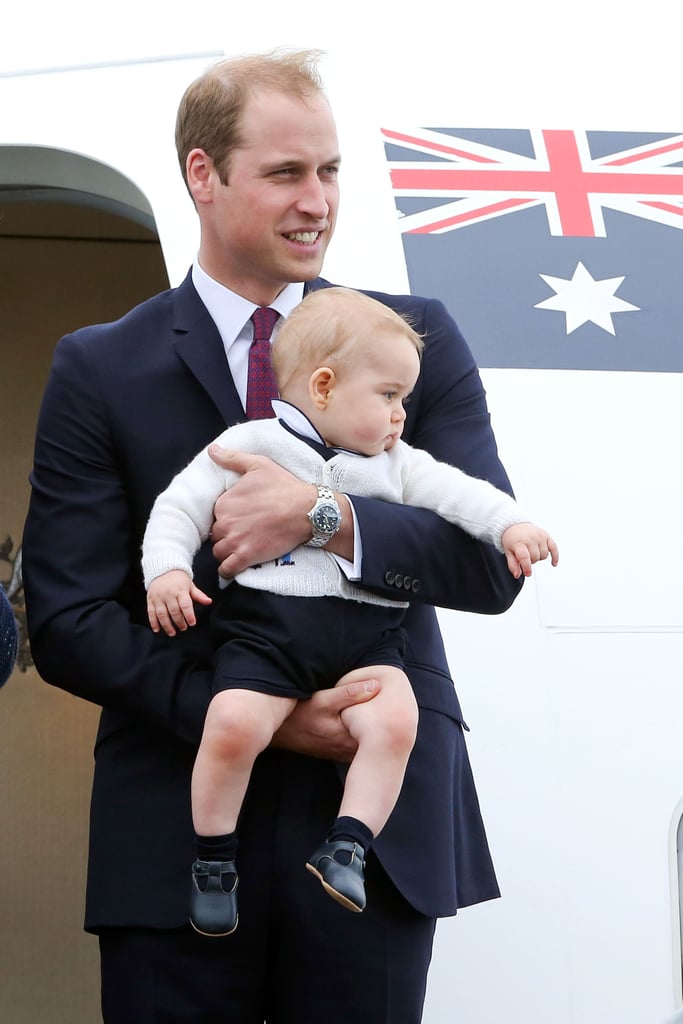 Two direct heirs are not allowed to travel together.

In order to preserve the line of succession, two direct heirs — like Prince William and Prince George — in line for the throne are technically not allowed to travel by plane together. This rule dates back to the days when air travel was less safe and was put in place to ensure that the lineage is protected in case of an accident.

Prince William and Kate Middleton have made the call to break royal protocol by traveling with their children on a handful of occasions, for a few reasons. When embarking on a tour of Australia and New Zealand in April 2014, they brought 9-month-old George along; it was believed that they didn't want to travel separately from him because they wanted to keep the family together, and it was more cost efficient. Also, William accompanied his own parents on official tours when he was young and likely has fond memories. It is said that once George turns 12, he and William will likely be required to fly separately to royal engagements.

Freeform
Get to Know More About Sofia Black-D'Elia, the Star of Single Drunk Female
by Princess Gabbara 4 days ago